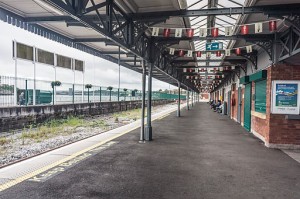 We kept getting lost in the bus stations or on the way to the train station. We’d arrive at the station and then have trouble figuring out which bus or train we were supposed to take. We weren’t sure what the schedule was. We were terribly confused and not sure if we were going to get on the right vehicle.

Last night I got to sleep quite late. I’d meant to go to bed early, since I had a conference call at 6 in the morning local time. But first I had to sit and chat with my pregnant friend whose guest bedroom I’m occupying while we wait for her to go into labour. She was anxious, antsy, bored. She’s been like that for a couple of nights now. So we just sat on my bed and talked and read cards to pass the time. She left me after midnight, but something hit me and I decided that I had to talk to this one friend of mine before I went to sleep. When I called him up he said, “Hey! I was just picking up the phone to call you!” (Which just goes to show that I did indeed need to talk to him, apparently.) It was after 1 am when I finally closed my eyes.

The dreams came back immediately. We were looking for the right train, the right bus. Finally we found it. At around 4 in the morning I woke up from a dream in which I had been sitting in a seat on a train/bus (not sure which) with a baby on my chest, his head just up under my chin. I went back to sleep. I was back on the train/bus again. I had many conversations with the other passengers around. I don’t remember the contents of any of those conversations at all.

My alarm went off at 5:45. I woke up, bleary eyed, reached over for my computer and turned it on. I sat on the conference call and actually functioned like a fully awake person with some professional skill. I didn’t even have any caffeine. (This is probably the most unbelievable thing out of the entire story!) But at 7:30 am, after the conference call and a few follow up emails, I turned off the computer and went back to sleep.

This round of dreams was psychedelic. I can’t explain it any other way. There was real travel, and not just on buses or trains, and talk of dimensions and layers of reality and the paths that we must take. Someone explained my task to me. I remember the explaining, but I don’t remember the explanation. The baby/young man/little boy/man, was with me most of the time. When he wasn’t, it was because someone was explaining something to me so that I could help him. Maybe the older man explaining things to me was him, too. I’m not sure.

I woke up again at 10am. My friend told me that she’d had a really hard night. She’d been having irregular contractions for hours. Should she go to work? No, I told her. Stay home.

The young man hasn’t made his way into our world just yet, but I know that he’s found the right vehicle. My friend and I did some more meditation today, and we went on a nice walk. The little boy on his way. We’ll meet him in person soon. 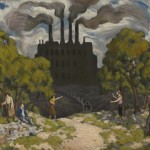 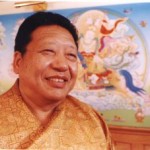 December 18, 2013 'Big' people are people, too.
Recent Comments
166 Comments | Leave a Comment
Browse Our Archives
get the latest from
Pagan
Sign up for our newsletter
POPULAR AT PATHEOS Pagan
1