AskAngus4: I have a Dream, about Jesus on a UFO 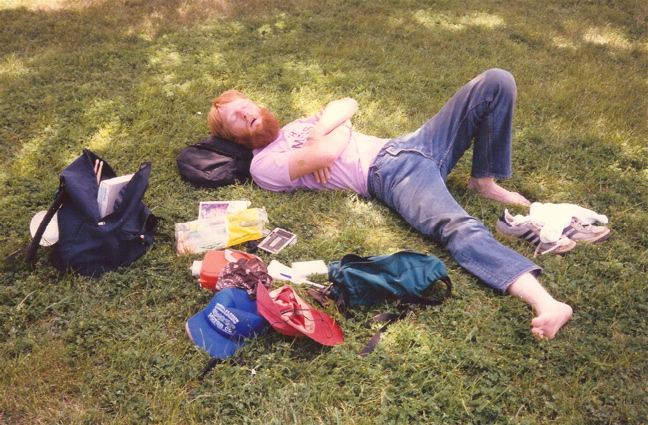 Briony: How do you know if your having or have had a “witch dream”? Being a person that rarely if ever remembers a dream, this is my quandary. I only remember my lucid dreams, very vivid and in color, etc. What makes a witch dream stand out?

Ooh! New term alert! I honestly had never heard of the term “Witch Dream” before. But that’s not too surprising. I rarely make any distinction between my religious life and my mundane life. To me “Witch Dream” is a redundant phrase. Every dream I have is a Witch Dream, just like every hike I take is a Pagan Hike, and every corn fritter I eat is the Holy Eucharist.

It’s like in those bad ‘B’ Sci-Fi movies, where all of the cheap sets and props are rendered more ‘realistic’ by adjoining the moniker “Space” ahead of the item: “Space Food!” “Space Gun!” “Space Blonde!” and so on.

So I was unfamiliar with the term. (I never claim to know everything, dear Constant Reader, just to have an opinion on everything.) So I we’re-not-supposed-to-Google-things-cuz-they’re-all-corporate-now and found the following responses to my query:

So it appears that the Intertubes will not be helping us in this quest. (*sigh)

My thinking, Dear Briony, is this: Does the Goddess (sub in the Diety of your choice) speak to me in my dreams? You bet’cha! But She (he, it, they) also speak to me through my morning glass of Strawberry Quik. If the Dark Lady has something she needs me to know, then She will SPEAK TO ME, through every available portal, dimension, and orifice.

And she will continue to hound me until I finally flippin’ GET IT.

So if you have a non-lucid dream that stays with you, then yes, this could very well be a communication from the Great Beyond. And you best starting get some action under your belt pronto, because when the Goddess starts tapping her foot in frustration, worlds are shaken.

Anith: One of the earliest things I was taught was to always invoke the goddess first and devoke her last, because she is All, and the god is contained within her.  But I notice it happens differently in some rituals I’ve attended– and sometimes might make some kind of internal sense based on the time of year or focus of the ritual.  Do they just not know, or are they doing it on purpose?  If it is on purpose, what is the rationale?

Ah yes, the sacred pecking order of the Dramatis Personae. Everybody learns just one of the 6* ways to do this, and we stick to it for years, decades, lifetimes. But here’s the thing:

Each group, trad, path and solitary finds a way to get the ‘ol Ritual ball rolling that works for them. And that’s the point: It does work for them. Everybody’s way works. Whatever gets you across the threshold and in the presence of the Divine is the way that works for you.

(Its when we puny hu-mans make the logical fallacy misstep that just because it works for me then it must be the One, Right, True and Only way for everyone to do it – that worlds are shaken.)

My belief is that Diety is much more interested in our intent than our procedure.

So, Dear Anith, in short: Yes, they DO know exactly what they are doing, and yes, they are doing it on purpose. What is their purpose in doing it in that order? Beats me, but after the ritual let’s go ask ’em and learn a little about their belief system. That sounds like fun to me. 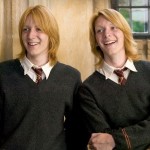 March 9, 2013
AskAngus3: Rich and Thin Gorgeous Twins For the Win!
Next Post 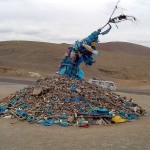 March 17, 2013 AskAngus5: When Rocks meet Mirrors
Recent Comments
0 | Leave a Comment
Browse Our Archives
get the latest from
Pagan
Sign up for our newsletter
POPULAR AT PATHEOS Pagan
1