Book Review: A Year at Stonehenge 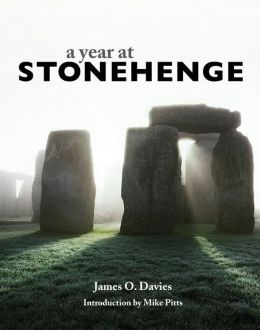 Book Review: A Year at Stonehenge

Ah, Stonehenge – you elude us still.

I’m not sure what I was expecting when I received an advance copy of this book in the mails. I have been fascinated with Neolithic Britain for 20 years now, and I once spent a transformative couple of days among the sarsens of Avebury.

I guess, like everyone, I was hoping this gorgeous coffee-table book would give me some answers to eternal mystery of the ring of stones out on Salisbury Plain. Instead it just made me want to know more.

And that’s not a bad thing!

A Year at Stonehenge contains a brief introduction about the site, a site plan, a photographers note and about 120 of the most beautiful pictures of the sandstone enigma ever captured between covers. Brief text blocks amongst the pictures point out the location of various single stones, mostly the outliers. Very helpful.

The opening essay spends 3 of its 4 pages on the changes to Stonehenge in the 20th Century. It’s construction period(s) are dismissed with a wave of a paragraph, and its modern setting is more hinted at than described.

This is precisely opposite of what I was wanting. I longed to hear more about the different phases of the building (almost 1,000 years of construction, destruction and rearranging!), the qualities of the blue stone and sarsen (sandstone that is harder than granite!), and the builders themselves – who were they? How did they live? How did the different phases of Stonehenge reflect the changing politics of late Neolithic to early bronze age Britain?

Ah, but my frustration was temporary. Because then came the photos.

Even those who are familiar with Stonehenge will be blown away by James Davies’ photographs. He gets the macro (from a balloon!), the obscure (runnels on the Slaughter Stone), and the micro (close-ups of the sarsens so clear you can see individual grains of sand that make them up).

All types of weather are covered (except heavy fog or rain which would just obscure the trilithons), and even though the book is not set up with a progression of seasons (as the title might suggest), the reader will get a very good idea at how the look and feel of Stonehenge changes with the barometer and seasonal angle of light.

Actually a more accurate title of the book would have been “A Day at Stonehenge,” as Davies is particularly obsessed with shooting the stones at dawn, mid-day, afternoon, sunset, and night.

Some pictures of revelers and partiers inside the circle are included for contrast. And yes, the Druids look very much out of place standing in a sanctuary that was an ancient, crumbling ruin by the time their Learned forbearers were practicing Magick in the Oak Groves of Britain around the time of Christ.

It is the stones themselves that come to life in this marvelous book. And even if the text and photos do not answer any of the eternal questions about Stonehenge, they do inspire one to Wonder about the wondrous people who built (and rebuilt) this living monument, and their desires and motivations for transporting all of these stones to this barren, wind-swept plain.

Each full-page (Or overleaf) photo will take your breath away. The range of color and mood is so dramatic that at times you may have to remind yourself that you are looking at the same group of ancient, dressed stones in every shot.

This is a book to be treasured, but not put away. A Year at Stonehenge, like the Stone Sanctuary that it attempts to capture, is meant to be marveled at and studied at one’s leisure. James Davies’ masterpiece is a coffee-table book that will be left out on the coffee-table.

It’s too mesmerizing to put on a shelf!

P.S. Some GREAT changes have been going around Stonehenge lately, in an attempt “to restore a sense of dignity” to the circles (as the English Heritage website so Britishly puts it). The offending highway is now gone, and the new visitors centre should be open by December. By Summer 2014 the whole project should be complete. Yay!

Check out this 4 minute video, and if you love stone circles like I do, you will be crying tears of joy by the end. ENJOY! 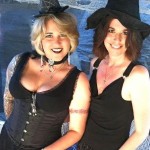 October 14, 2013 Ask Angus 21: Music for Bats with Hats
Recent Comments
0 | Leave a Comment
"I have a strong belief Paganism does need to be individualistic in order to survive. ..."
Brianna LaPoint Ask Angus #42: What makes witchcraft ..."
"Now I want one of these...😹😹"
Liz Davenport Review: Instant Fortune Teller!
"What we do with it is positive and/or healing, but the possibility always exists to ..."
Kyuss AskAngus11: Boston Marathon Bombing
"At large group ritual there’s often no place for the musically challenged, and I’m not ..."
Kyuss AskAngus13: Sad on the sidelines
Browse Our Archives
Related posts from Ask Angus