Prince Charming Wasn’t a Quarterback: Giving Your Son Confidence (Even though He’s Not Mr. Popular) 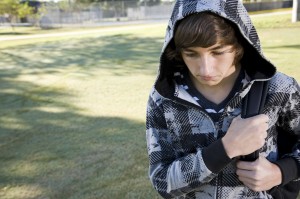 My 17 year-old son has a great sense of humor, and is fun to be around, but he doesn’t have a lot of confidence with girls because he’s self-conscious about his looks. (Of course, I think he’s adorable but he says that doesn’t count.) He says the girls at school only want to talk to the football players, so he doesn’t approach them. I can tell it bothers him, but he just laughs it off. He is such a great kid; how can I get him to be more assertive?

That’s the answer for your son. I’m guessing there is one main reason your son doesn’t approach girls in the way he’d like to: he thinks they are looking for something different than what he can offer. So, he thinks, why on earth would he approach them, if he’s just going to be rejected? Better to aim low, stay safe and protect his heart.

But here’s the thing: once he learns how girls really think, he’ll realize that he does have what they are looking for and that will give him confidence to step out and take a risk – because it won’t seem like nearly as big of a risk as it seemed before.

Tell your son that we learned some interesting things when we surveyed girls for our book, For Young Men Only (aptly subtitled A Guy’s Guide to the Alien Gender). We asked the young women what qualities they found most attractive and appealing in a guy– and the answers were not what guys tend to think! Most guys thought the top three would be stuff like “buff body,” “athletic”, “rich”, with a dash of “cocky” thrown in. Stuff most guys feel unable to match. But the real top three were these (in order):

Guys are so visually oriented that they assume girls work the same way – but they don’t! More than nine out of ten girls said they would go every time for the nice, average guy with a great sense of humor, over the football player with the great physique who is cocky and selfish.

The key though… is that the girls said they will never know whether the nice guy has the good sense of humor if he doesn’t have the self-confidence to approach her! So if your son is allowed to date, tell him to give a direct approach a try. And in person, not over text. (“Hey, I heard you talking about wanting to see that movie. Want to come with me this weekend?”)

She’ll probably be so stunned that a nice, fun, guy is actually asking her out on a real date (who does that any more?), that she’ll just faint from shock right after she says “yes!”

If you think your son needs a bit more of a primer, here’s a tip: Get a copy of For Young Men Only: A Guy’s Guide to the Alien Gender from the library or a bookstore and casually leave it on the counter or coffee table where he’ll be sure to see it. I promise, he will pick it up, learn how to respect the unique way girls are wired, and be able to approach the girls he likes with a lot more confidence. 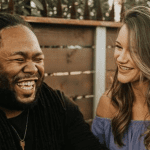 May 26, 2014
Let Your Husband Unwind Before You Unload
Next Post 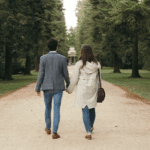 June 9, 2014 My husband is in over his head - how do I fix him?
Recent Comments
0 | Leave a Comment
Browse Our Archives
get the latest from
Ask Shaunti
Sign up for our newsletter
POPULAR AT PATHEOS Family
1 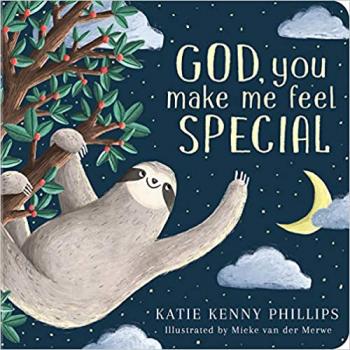 Family
Join me for a Facebook Live with Katie...
Ask Shaunti