On its surface, the movie I Can Only Imagine is a biopic about the 2001 MercyMe hit song by that name. That might seem an odd choice for the subject of a film, and odder still is that the movie was a theatrical hit when it released in March, earning $84 million at the box office, making it the third-highest-grossing biopic ever—a remarkable achievement for a Christian film, and for any movie with a $7 million production budget. I Can Only Imagine releases on DVD and Blu-ray Tuesday, June 12, and is available on various streaming platforms now.

Many Christians of a certain age have a special place in their heart for the song “I Can Only Imagine”; it is the biggest Christian single of all time, with over 2.5 million copies sold. And of course, telling the story of how the song came to be is just a starting point for the movie to explore other and bigger issues. And then there’s Dennis Quaid (The Big Easy, Great Ball of Fire, Soul Surfer, Far from Heaven) starring as the songwriter’s father.

Directed by the Erwin Brothers (October Baby, Moms’ Night Out), I Can Only Imagine focuses on the MercyMe front man’s life experiences that fed into the song: early dysfunctional family struggles and the complex relationship with his father (Quaid) through abuse, separation and then restoration and loss. These elements in the story—other than making a hit song out of it—will unfortunately be familiar to many. And everyone will appreciate the universal themes of love and redemption.

Another universal appeal is in how the film explores the role of music in life, and specifically CCM in a young Christian’s life, as Millard is himself inspired and carried by music: Michael W. Smith, Amy Grant, Steven Curtis Chapman and Audio Adrenaline in particular. The movie is filled with music.

Cloris Leachman and Trace Adkins also star, and J. Michael Finley, straight from the leading role on Broadway in Les Miserables, plays the central character in his first movie role.

Numerous Patheos contributors looked at the movie when it opened theatrically. DeWayne Hamby in Reel Faith wrote about the film and interviewed its director Andrew Erwin. Kate O’Hara in Pax Culturati talked with Dennis Quaid about the human story of redemption that drew him into the project. In The Bible & Culture, Ben Witherington said, “It’s a story about redemption, reconciliation, healing within a family and frankly many of us could learn something from it.” Faith McDonnell, in Faith & Chelsen, goes deeper into the history of the making of the song and the history of the song itself: “Even without knowing the incredible story of Bart and his dad, there is something undeniably special about the song ‘I Can Only Imagine.’ . . . Now Millard’s courageous revelation of the whole story in the film ‘I Can Only Imagine’ does indeed hit you in a place that you don’t even have words for, to quote Quaid.”

Whether you missed I Can Only Imagine during its theatrical run, or want to see it again, the streaming and DVD releases come with three hours of additional content, including deleted scenes and short features about the song and the making of the movie.

May 12, 2018
Wim Wenders Delivers the Story of the Pope Who Changed the Papacy
Next Post 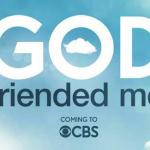 June 22, 2018 God Uses Facebook to Turn Atheist Into an Agent of Change in New Comedy ‘God Friended Me’
Browse Our Archives
get the latest from
Backstage Pass
Sign up for our newsletter
POPULAR AT PATHEOS Entertainment
1 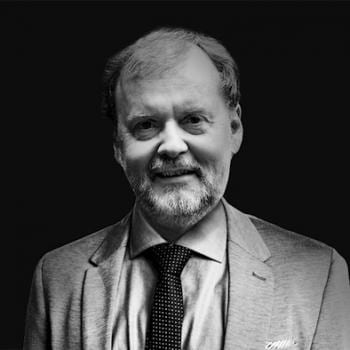