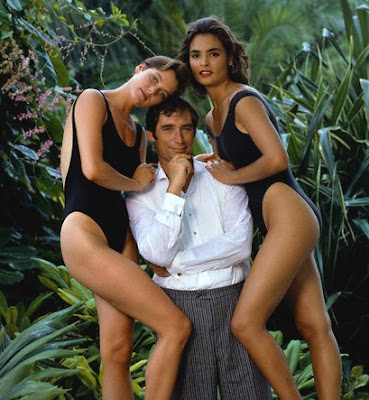 Yeah, you read that right. About eleven o’clock this morning I was leaving the park with the girls, having just taken them to an Easter Egg hunt with some friends, when I called the Ogre. I had left sleeping Liam there with his daddy, who was supposed to be studying. When he answered the phone, I heard the unmistakable voice of Timothy Dalton.

The Ogre quickly explained that he was just watching Bond while bouncing Liam and trying to get him back to sleep, but then gleefully said, “You should have seen his face when the Bond girls were dancing at the beginning. I’ve never seen him smile so much.”