Ahhhh, the sweet wonder of Saturday. We will be out in the pool for approximately 1.5 hours today, since that’s how long it takes before the water starts boiling and flays us alive in this ungodly heat.

But those 1.5 hours sure are sweet.

And then tonight we’re going to my lovely cousin’s birthday party, who is pregnant with her first child. I haven’t seen her since the news was released and I am so stoked! She was my fave cousin growing up, but we haven’t seen much of each other in recent years. I even had to *sob* miss her wedding.

Additionally, the BBC, the most awesome cable channel in the whole world, is playing a Battlestar Galactica marathon today and what I’m not watching, I’m DVR-ing. (My parent’s television is amazing.) 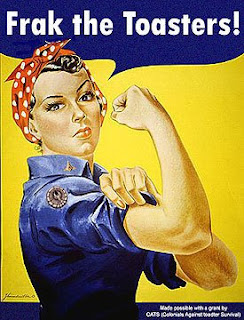 I was only marginally disappointed by the lackluster ending of this show, since the show itself oozed more awesomeness than any other show ever, except Doctor Who. But the first season is definitely the best and I’m abnormally excited to re-watch it.

So, altogether, my Saturday is shaping up nicely.

Oh! Yes! I have an important announcement. 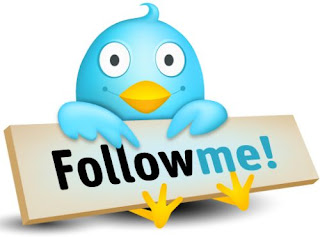 Within the first day of me being present in the Twitter universe, Dwija and Kassie both did virtual happy dances, which made me feel all fuzzy. Also, my dear, wonderful brother and his sweeter than sweet wife are on Twitter and not Facebook, so I get to see what they’re up to, which I love.

And as soon as I can figure out how to, I’ll add a little Twitter stream or something to my sidebar.

Oh, yes, and speaking of the Secret Vatican Spy, have you noticed? She’s back!

She’s accompanied by her awesome little brother Logan, who you can visit over at Existential Bacon (coolest.blog.name.ever.).

If there are two things that make my blog world go round, it’s you guys and Kassie. Go visit her, ok? She’s a new convert, an enormously talented writer, she dances ballet, has a great sense of humor, and, most importantly, also loves Doctor Who.

Seriously, what more can you ask for in a person? If I wasn’t married, and I was also not a woman, I would marry her.

That looks a lot weirder in words than it sounded in my head.

Okay, the sun is creeping upward in the sky and my hours of sun-n-fun are drawing near, so I have to wrap this up. Get excited, though, because in about ten days I have a HUGE and exciting surprise for y’all!

It’s going to be

Oh, and since I’ve been really heavy on the Mumford and Sons lately, I thought I’d give you a lovely little Saturday song that is not by those boys I love.

I really want to hear your opinion on this song. Before Marcus and the boys came along, Eisley was without a doubt my favorite band ever. They are now only a slight notch below Mumford and Sons, but the weird thing is that I’ve only ever met one other person who likes them.

I don’t understand this. This song…this song….there are no words. It’s so ethereal, so lovely, so stirring.