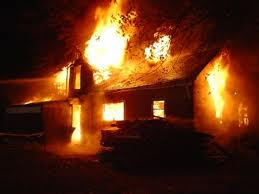 I almost burned my brother-in-law and sister-in-law’s house down last night.

It’s my turn to make the meals this week, something I look forward to with great excitement. I adore cooking, and one of the things I miss the most about having my own house is being able to cook. So yesterday I spent nearly an hour planning the menu for the week.

I decided to lift myself out of my weather depression by making soups this week in spite of the stupid 70 degree sky. Normally on soup weeks I’ll roast a chicken for dinner on Monday, then strip it and use the carcass to make an overnight chicken stock to be used the rest of the week. Homemade chicken stock is one of greatest things on earth, and transforms normal soup or sauces into miraculous nourishment for body and soul.

So that’s what I did last night. We had roasted chicken with sweet potatoes and onions, and then I threw together the stock while watching Hope and Maks finally get what was coming to them. I spent the next few hours checking on the stock every few minutes, skimming the scum and fiddling with the temperature until it was at a steady bare simmer. I headed to bed around 10:30, satisfied that the stock would simmer ever-so-gently while I slept, and looking forward to waking up to a lovely, rich stock.

I have done this approximately seventeen billion times. One of the things I was utterly convinced of while we were doing Nourishing Traditions was the incredible benefits of homemade stock. I always do it the same way, and it always simmers overnight.

I jerked awake at 5:30 this morning to the sound of the fire alarm. The Coach’s fire alarm does not just beep. Oh, no. It’s a programmed with a male voice shouting “EVACUATE!” in alarm. Last month there had been some problems with the batteries and the alarm went off almost daily, so I assumed that it was just another battery shortage. I climbed groggily out of bed and just bending over to comfort Liam when I smelled smoke.

Have you ever heard the expression “my heart stuttered?” I didn’t think that was a real thing until last night. I swooped up Liam and shot toward the kitchen. As I got nearer, my eyes began to sting from the thick, acrid smoke that filled the dining room. My throat closed a little and I began to breathe quickly. Just as I rounded the corner into the kitchen, I noticed the Coach standing wearily over the stove.

I gulped when I saw what he was doing. He was removing the soup pot with my lovely stock from the burner. Copious amounts of smoke were issuing out of it. I looked down and gasped.

All the liquid had burned off, the vegetables had become a charred mass, and the chicken carcass was sizzling, popping and smoking.

I couldn’t believe it. Never, in all the time I have been making chicken stock, has that EVER happened to me.

I felt horrible, of course, and apologized to the Coach, who stays up late coaching basketball and gets up at the crack of dawn to coach some more, and who definitely did not need to be awakened at oh-frak-thirty by his sister-in-law’s colossal stock failure.

I put Liam back down and then went to the girls’ room to comfort Charlotte, who was screaming at the top of her lungs, naturally.

As I lay there in bed waiting for my heart to stop racing, my mind played through all the possible scenarios that could have happened. It could have been a real fire. The alarm could have failed. I could have awoken with just enough time to get Liam out of the house, but if the fire had started in the kitchen there would have been whole rooms of fire between me and the girls. What if I couldn’t get to them? What if I couldn’t get into their window from the outside? Or what if I had been in their room with them and was able to get them out, but couldn’t get across the house to Liam? His room is harder to get into from the outside. What if he were trapped? Would I run into the blazing house anyway? I think I would. I can’t imagine not running into a burning house to save my children, any of them. I can’t imagine for one second weighing the odds. If my children were in danger, me burning in the attempt to save them would not be enough to stop me trying. Not by a long shot.

That’s what I think. I always wonder, though, what I would actually do. Would I freeze up? Would my body shut down on me, even if my mind was willing to leap into the flames? Or would I become so incoherent with panic that I would forget to get a child out of the house?

Most mothers think about things like this. I used to try to stop myself when I had these sorts of late-night horrific visions, but now I don’t. Now I think there’s a reason why we think these things. It’s preparation. I think mothers’ minds naturally run to the worst-case scenario in an effort to prepare us in case one them actually happens.

That may not be true, but it makes sense to me, anyway. Basically, though, I’m extremely grateful for guardian angels, and my prayer is that one of these situations never happens to my family.

November 18, 2011 Remembering Jerry (Re-run)
Recent Comments
0 | Leave a Comment
"So what you're really saying is that you use NFP because you don't want to ..."
Naters The Super Suckage of NFP
"I'm sorry, but planning pregnancy involves using birth control. did you miss that memo?"
leesa maire All Parenthood is #UnplannedParenthood
"Without knowing that God has a purpose for everything, my sufferings in life would be ..."
Jim J. McCrea Sentimental Claptrap, Part V: God Has ..."
"Has the photo been changed? Because what's at the top right now is photo of ..."
Evelyn Sex Breasts and Babies
Browse Our Archives
Related posts from Barefoot and Pregnant