The Difference Between “Its” and “It’s”

Patheos Explore the world's faith through different perspectives on religion and spirituality! Patheos has the views of the prevalent religions and spiritualities of the world.
Or, Please Don’t Be an Ass-Hat in My Comment Box 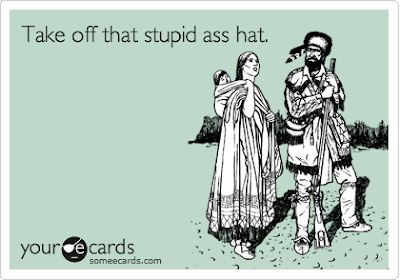 So earlier, just as I was on my way to my first-ever Creighton session (more about that tomorrow), my Tardis notification sound wailed on my phone, alerting me to a new email.

It was a blog comment. I glanced at the title, “Anonymous…[Barefoot and Pregnant] New Comment on Me vs. the Weather” and my stomach turned.

In case you thought we bloggers have guts of iron, let me assure you that we (and by we I mean me) are the sissiest of sissies. Every time I get a comment from an Anonymous I feel like I’m going to puke. It is a battle of will to open the email without my hand shaking.

Why, you may ask? Actually if you read my blog a lot you probably won’t have to ask, but I’ll tell you just the same. Many of my anonymous commenters are lovely people who simply don’t have an account with blogger or google or whatever. One is my mother-in-law. Usually the comments are very kind and polite. However, almost without exception all the nasty, rude and hideous comments I’ve gotten have been from “Anonymous”. The best was the “Anonymous” who told me to kill myself.

So it’s with no small amount of trepidation that I approach anonymous comments. Today was no exception.

And the stomach-squirming turned quickly into a nauseous, sinking feeling when I read this:

Agree, kinda. Although there’s lots to love about warm weather, too. I realize “warm weather” means something different in Texas than it does up here in the north, though.

(Also, please learn the difference between “its” and “it’s.” Please.) 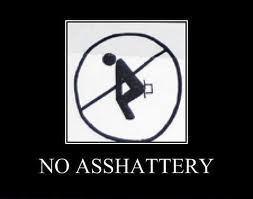 November 16, 2011 Evacuate!
Recent Comments
0 | Leave a Comment
"So what you're really saying is that you use NFP because you don't want to ..."
Naters The Super Suckage of NFP
"I'm sorry, but planning pregnancy involves using birth control. did you miss that memo?"
leesa maire All Parenthood is #UnplannedParenthood
"Without knowing that God has a purpose for everything, my sufferings in life would be ..."
Jim J. McCrea Sentimental Claptrap, Part V: God Has ..."
"Has the photo been changed? Because what's at the top right now is photo of ..."
Evelyn Sex Breasts and Babies
Browse Our Archives
Related posts from Barefoot and Pregnant