Oh for the love of all that’s holy.

I have the flu.

And even more unfortunately, if that’s possible, this inane discussion over the relative status of my alcohol usage is still raging. Now the commenters have turned against each other, I guess because I decided not to get more involved, and then I decided to get involved again, and now I wish I had just taken a nap instead. Someone. Stop. The. Madness.

Is it just me, or has the word “charitable” become the “tolerance” of Catholic Blogistan? I’m all for not being mean, but I don’t think it’s particularly uncharitable to call a spade a spade. 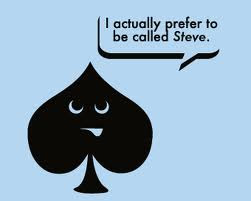 So, in case you haven’t guessed, this isn’t going to be a real post.

But I have a special surprise for you.

It’s the new Mumford and Sons song! Yay! It’s lovely, of course, and amazing. I’m in love with all of these guys. (I’m also sorry about the tininess of the video. I can’t figure out how to make it bigger.)

I’m very upset that the lead singer Marcus Mumford is dating Cary Mulligan. She doesn’t seem like a particularly nice person to me. I’m not really sure why. Maybe it’s because the only thing I’ve ever seen her in is Wall Street: Money Never Sleeps, and I blame every single person involved in the making of that movie for the waste of those hours of my life. It took Shia LeBeouf off my favorites list and put him only slightly above Tom Cruise. And that’s a place no one wants to be.

Has anyone spent the day drinking Theraflu? For the last two days I’ve been alternating between nighttime theraflu at night and daytime theraflu during the day. I don’t feel much better, but I am beginning to feel slightly manic.

(Oh, and before I get accused of abusing medication, let me assure you that I have been taking the day-time twice a day and the nighttime only at night.)

Speaking of accusations, healthily sanguine accused me of becoming a fondue glutton, and I have something to admit.

My name is Calah, and I am addicted to cheese.

I’m so serious. It’s not normal. I love cheese. I love chevre, I love jarlsburg, I love emmentaler, I love Dubliner, I love gruyere, I love camembert, I love Stilton, I love Iberico, I love pecorino romano, I love parmesano-reggiano, I love mozarella, I love sharp cheddar. The only cheese I’m not terribly fond of is Brie.

I know this makes me kind of a heretic in the cheese world, but Brie doesn’t taste like anything. I love Brie with things, but on it’s own it kind of just tastes like creamy rubber.

Once upon a time Trader Joe’s used to carry these little raspberry-and-Brie phyllo rolls, and the Ogre and I used to buy them for date nights. (And also every night in between. Shhhh.) They were heaven.

Then Trader Joe’s, in an act of foodie blasphemy, discontinued them. I tried to re-create them once but failed spectacularly. So if anyone has a recipe for such a culinary masterpiece, I will love you forever if you send it to me.

If you send it to me, and I make it, and I love it, I might actually send you a cookie in return.

How’s that for gratitude?

Okay, so all the five kids are playing in the front (gated) courtyard, and the oldest two were just discussing how they had to use the bathroom. Then Sienna said, “Why don’t we just use the bathroom in the grass so we don’t have to go inside?”

What do you think? Is that enough random information to slap together and call a blog post?

November 2, 2011 British People and Their Accents
Recent Comments
0 | Leave a Comment
"So what you're really saying is that you use NFP because you don't want to ..."
Naters The Super Suckage of NFP
"I'm sorry, but planning pregnancy involves using birth control. did you miss that memo?"
leesa maire All Parenthood is #UnplannedParenthood
"Without knowing that God has a purpose for everything, my sufferings in life would be ..."
Jim J. McCrea Sentimental Claptrap, Part V: God Has ..."
"Has the photo been changed? Because what's at the top right now is photo of ..."
Evelyn Sex Breasts and Babies
Browse Our Archives
Related posts from Barefoot and Pregnant