I must unpack. I promised Sienna she could watch a movie in 8 minutes, and furthermore I must unpack. But I wanted to get a quick post up.

This is what we did this morning: 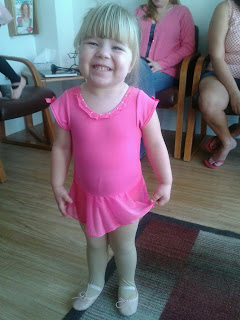 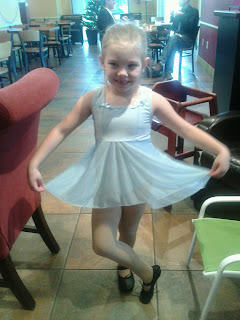 The female minions had their first ballet classes here in Ave Maria. They loved them! And were, I’m told, very respectful and obedient. Score 1 for this month’s parenting tactics!

This is what we’re doing tonight: 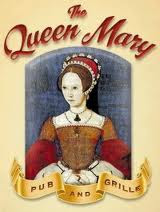 I really have to hand it to Ave Maria. They have their priorities in order. No gas station, no Target, no proper doctor’s office….but they have a pub next to the coffee shop.

It’s like they read my mind and then built a town around it.

Oh, though I think it’s bloody weird (hehehe) that they named their pub after Bloody Mary, the historical disclaimer on their website notwithstanding. As far as I know, there’s always some truth in rumors. Their version also doesn’t seem too believable. Really? Only citing one source? In a college town? F for effort, guys. I wanna see an annotated bibliography before I’m convinced. Couldn’t they have picked an actual good Catholic queen? Catherine of Aragon, Mary’s mom, was pretty dang rockin’. They could have called it the “Cast-Off Queen”. Hahaha.

I’m done amusing myself now. I apologize. Happy Saturday! I’m off to unpack the library, and because the Ogre is OCD about our books, I have to organize them by subject and author within that subject. (I balked when he asked me to do them chronologically within subjects, but mostly just because I wouldn’t have been able to do it without Google.) Historical theory is giving me real trouble, too. History, or philosophy? Jeez.

Oh yeah, and speaking of the first of many wives, here you go. Watch it with the kids. Mine think the rolling heads are particularly hilarious. (Actually they really do. We’re into factual history in this house. No sense white-washing the monarchy, after all. Especially since they’re all werewolves now.)

Oh my gosh! I almost forgot! Melanie is doing something BRILLIANT. Please go bask in the awesomeness.