First things first. A while back someone asked me what I got the Ogre for Christmas, and since I made such a big deal over the choosing of it and all, I figured I’d tell you.

I got him this: 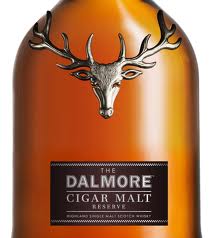 He’s recently developed a taste for Scotch, so I decided to get him a nice one that he could enjoy and offer to guests. My sister-in-law coordinated with me and got him Scotch glasses. It went over pretty well. I was proud of myself.

*pats self on back*

So. This morning I had the misfortune to click over to Hot Air out of morbid curiosity to see who is winning the primary non-race (because no matter who wins, we’re all losers in this one). And then I found this link.

First of all, the Occupy movement is still happening? Why? Gah, it’s like the Coffee Party, only dirtier and with murkier aims. Actually, are there aims of the Occupy movement? I’m pretty sure at this point that it’s devolved into Woodstock where the participants took so much acid that they think they’re accomplishing something instead of just taking acid.

Look, I’m part of the whatever percent that these unshowered, unshaven miscreants claim to represent. And guess what? Even if the Ogre gets tenure at Yale (which will never, ever happen, unless he wins a Nobel prize or something) we’ll still be part of the large and not-extremely-rich population. And I’m okay with that. I don’t want wealth to be redistributed. At my alma mater, they taught me to think. And upon thinking for five whole minutes, I came to the obvious conclusion that Marxism failed and must always fail and furthermore made regular people awful people. Also, I’m not in favor of taking money from people, whether they earned it or not. It’s theirs. I don’t steal. Nor do I think Robin Hood was entirely on the moral up-and-up, even if he looked fantastic as Russel Crowe.

But more importantly, I sincerely do not wish to be represented by these people because they are so filthy. 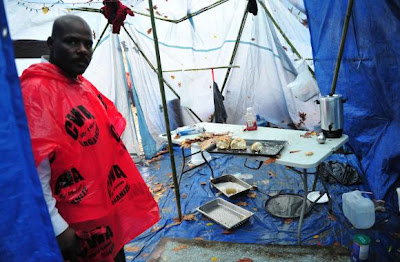 January 13, 2012 7 Quick Takes Friday!
Recent Comments
0 | Leave a Comment
"So what you're really saying is that you use NFP because you don't want to ..."
Naters The Super Suckage of NFP
"I'm sorry, but planning pregnancy involves using birth control. did you miss that memo?"
leesa maire All Parenthood is #UnplannedParenthood
"Without knowing that God has a purpose for everything, my sufferings in life would be ..."
Jim J. McCrea Sentimental Claptrap, Part V: God Has ..."
"Has the photo been changed? Because what's at the top right now is photo of ..."
Evelyn Sex Breasts and Babies
Browse Our Archives
Related posts from Barefoot and Pregnant