Lessons occasioned by the shifting of my teeth. 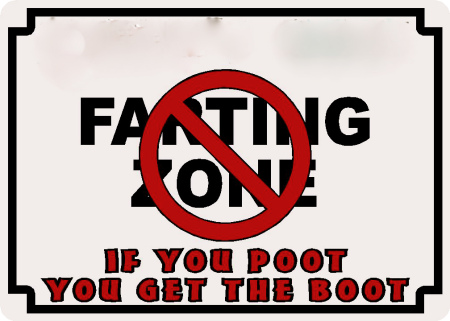 When I was in high school, there was a running joke in my youth group about my teeth. I think it started when we were on some mission trip or other and a random stranger came up to me and told me that I had nice teeth. After that, everyone would say it. They would write it on pictures of me that were posted on the youth house wall. It was funny and silly in the way high school kids are.

But actually, I did have nice teeth. Five years in braces will do that for a girl. They were also pretty white, and my smile is naturally kind of huge and overly-enthusiastic, so people see a lot of teeth when I smile.

I’ve always liked my smile, even the squinty-eyed part of it. I’ve always loved my teeth. They’ve been a consolation to me through my years of child-bearing, as other things I’ve been vain about have fallen by the wayside. My figure, my hair, even my feet shrunk a size and got kind of hobbit-looking. But I could always look in the mirror, smile, and whisper, “at least you have nice teeth.”

About a month after Lincoln was born, my gums started hurting. Then they started bleeding, something that had never happened to me before. The periodontist confirmed pregnancy gingivitis and started me on a new regimen of cleanings, deep cleanings, and careful home-care. I added some other precautionary measures, like oil pulling, courtesy of the Google. Three months later, the gingivitis was improved but my teeth were shifting. As in turning, angling, no longer straight: bringing the fugly. I started to become slightly obsessive about them, imagining a near future of bucked front teeth and canine fangs where my smile would have to be closed-mouth and my last claim to beauty would be dust in the wind. I started begging God not to take my teeth, too. It all seemed so unfair.

Then, when we were in Texas, my gums started receding. Not a little, but rapidly, so that great horrible dark gaps opened up between my teeth. My dentist there couldn’t understand it, since my gums were healthy and everything looked normal. He gave me an antiseptic mouthwash as a precaution, which did nothing helpful.

I’m in the process of trying to find a periodontist here who will take our insurance, but in the meantime, my teeth are no longer nice. Well, my teeth are, but my gums are not. My whole smile is funkified, and as a result, I’ve realized that I can be a mean and nasty person.

Bloggers have to combat vanity and pride, especially as their blogs gain followers. It’s always been kind of easy for me to remember that I’m just another asshat with a keyboard, though, since anytime I start feeling good about myself I stick my foot in my mouth, sometimes spectacularly.

It’s also easy for me to believe the best of people on the internet. It’s not a struggle, online, to choose to see them in their best light. I never approach virtual people in a position of self-defense, one arm ready to ward off a blow and the other poised to strike. I find it natural to approach people with my arms open, trusting that there is good in them.

But out in the sunshine, when I’m talking to flesh-and-blood people, I’m always on the defensive. It wasn’t like that when I was in college, before I spent so much time blogging. It wasn’t like that before Vegas, really, when I was alone so much. I’ve realized that I’ve developed something almost akin to social anxiety here in Ave Maria. I’m always on guard, always unsettled, always a little suspicious. I second-guess and deconstruct the most innocent of exchanges, wondering if there was a double meaning in that “hello” or whether they noticed the gaps in my teeth, and trying to remember if I managed to keep my abs pulled in and my shoulders back or if I spent the whole conversation channeling the Hunchback of Notre Dame. Did they notice that my stomach still pooches? Do they think I’m fat? And dear God, did they see the gaps in between my teeth? What if they think it’s because I don’t floss? What if they think it’s because I never brush my teeth and eat sugar and crap all the time? What if they think I’m just a fat, lazy slob? Then the words of my junior high basketball coach ring through my ears and I remember that “the best defense is a good offense,” and the venom flows. Before I’m twenty feet away from them I’ve compiled a mental list of all their faults and reasons why those faults are worse than my faults.

All this, you understand, happens in about three seconds. It isn’t the detailed, analytical process I’ve outlined here. If anything it’s a knee-jerk reaction, cultivated through years of internalizing criticism too much and not laughing enough, in the sunshine, with other real, live people.

It’s hard to give mercy to others when you don’t reserve any for yourself. Online, I screw up plenty. There are always virtual gaps in my arguments and flabby sentences that need to be sucked in and tightened up. It doesn’t bother me, though. It’s just part of who I am as a writer…imperfect, sometimes imprudent. If people don’t like it, they can click away.

But physical vanity is crippling for me in a way that intellectual vanity never has been. So much so that I’m starting to understand how pride really can be the root of all sins. My pride in my stupid teeth, of all things, has made me realize how my fear of judgment closes me off to the possibility of mercy. Not just extending it, but allowing that others can extend it as well, and even allowing that the way I think they should extend mercy might not be the right way, after all.

Pride itself isn’t really what I always thought was. For me at least, it’s not too much love of self, it’s too little. So little love of self that I don’t believe anyone else will extend more to me than I give to myself. So I don’t extend any to them, either. I dismiss them, write them off, the way I assume they’ve already written me off.

It’s weird that online, when I don’t have to deal with the hassle of physicality with all its imperfections and jiggliness and gaps, I feel comfortable admitting my faults and having mercy on myself. A lot of people conceive of the internet as a refuge for the eternal pretender, where we can all pretend to be exactly who we really want to be. I don’t see it that way. It’s more like a refuge from insecurity and self-loathing and the endless tiny awkwardnesses of face-to-face interaction. And maybe the internet is both of those things, and a million other things besides, precisely because we check our bodies at the door when we log on.

If the soul and the body are intertwined, what kind of reality is this virtual one, where we don’t have to deal with the discomfort of physical reality? Obviously we still have to deal with our own, but we don’t have clean up anyone else’s mess, so to speak. No one accidentally farts on Facebook. No one sees if you pick your nose while tweeting. And no one ever knows if the multiparous mom laughs so hard at a blog post that she pees her pants a little.

I can’t help but wonder if this virtual, gnostic reality is creating a generation of people who are deficient in the practical reality of love. We may be great at talking about love and mercy, we may be great at recognizing where it is or isn’t in these words on this page, but are we great at walking next door to watch our neighbor’s kid so she can run to the store unencumbered? Are we great at taking dinner to the elderly man down the street and staying to help him clean the toilet that he can’t bend down to scrub anymore? Are we even just great at closing Firefox so our son can climb in our lap?

And in the meantime, my teeth are still shifting. God sustain me through the lessons this dental crisis is chucking my way.

August 20, 2013 In Which I Re-Read My Own Post
Recent Comments
0 | Leave a Comment
"So what you're really saying is that you use NFP because you don't want to ..."
Naters The Super Suckage of NFP
"I'm sorry, but planning pregnancy involves using birth control. did you miss that memo?"
leesa maire All Parenthood is #UnplannedParenthood
"Without knowing that God has a purpose for everything, my sufferings in life would be ..."
Jim J. McCrea Sentimental Claptrap, Part V: God Has ..."
"Has the photo been changed? Because what's at the top right now is photo of ..."
Evelyn Sex Breasts and Babies
Browse Our Archives
get the latest updates from
Barefoot and Pregnant
and the Patheos
Catholic
Channel
POPULAR AT PATHEOS Catholic
1