When Life Gives You Lice, Break Your Toe 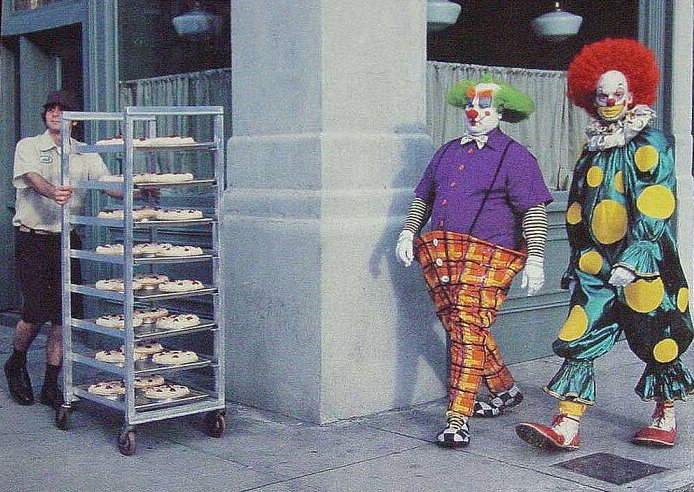 Home, sweet home. It’s so glorious to come home after an extended time away. I love getting reacquainted with my house, and I’m always pleasantly surprised by how pretty it is, and how much I love it. Even though it’s not much, it’s our home.

I spent four glorious days reveling in the homey-ness of it all. I only unpacked what was necessary, and shoved the rest of the suitcases in a corner. The kids and the Ogre and I snuggled, read books, played games, watched Folly chase the tennis ball, and generally reveled in our togetherness after a crazy busy summer. Yesterday, though, the stir-craziness set in and I unpacked, and then started getting the kids ready to go visit friends.

Once everyone was ready, I took up the dreaded task of combing Charlotte’s hair.  Just as I started to spray detangler in her hair, she said, “Mommy, my head itches.”

Now, having children in elementary school means that we’ve had our fair share of lice scares. Lice has gone the rounds at the local school, and I’m an old hand at checking heads and overreacting. I even have two top-of-the-line fine-tooth combs and a backstock of tea tree oil shampoo, because lice are gross. Luckily we’ve never had a single louse, but every time I hear the words, “Mommy, my head itches,” my blood freezes.

Yesterday was no different, except that my blood froze solid because at the base of Charlotte’s neck there were little, angry red welts. At least that’s what I called them in my mind, because I was too terrified to think the word “bite”.

I called the Ogre over to help me check with his eagle eyes. He took her under a bright light and almost immediately said, “uh, what do lice look like?”

I looked down at her head and said, “that. They look like that.”

You know how people say that if you see an actual live louse on a person’s head, they have a really bad case of lice? Well we saw two. Right off the bat. And then I lost my ever-loving mind.

Here’s the thing about karma: even if you don’t believe in it, you can’t deny that it totally kicks you where it hurts. All those times everyone else had lice, we always managed to avoid it. Despite the fact that I knew it had everything to do with sheer luck and nothing whatsoever to do with magical lice-repelling powers, I still had to squash that stupid little voice in my head that said, “ew, they have lice.” I tried harder to squash this voice than usual, because I know from a decade of child-rearing experience that every time I judge another mother I will pay for it later, usually in some kind of karmically humiliating form. And I really, really did not want that to happen with lice. But there’s no stopping karma, so here I was, battling lice and trying not to think about the phone calls I’d have to make later. You know, the “I know I’ve only seen you once in the past three years but we probably gave you lice” phone call.

To take my mind off it I sprang into action, sending the Ogre to the store to get a thousand giant ziploc bags, ten thousand bottles of the most chemically potent lice shampoo he could find, and a bottle of wine. Then I ripped sheets and pillowcases off all the beds and began bagging, laundering, vacuuming, sterilizing, googling, and freaking the eff out. This process was greatly hindered by our craptacular dryer, which dries things at a glacial pace. Each half-load of sheets took a solid 90 minutes to dry, and the towels and blankets took a millenium.

Eight hours later, after the kids’ sheets and pillowcases were finally dry, every room was vacuumed, the boys’ heads were shaved, the girls’ hair was cut, nearly everyone’s scalp had been lathered in pesticides, rinsed, and mercilessly fine-tooth-combed, I was thinking longingly of my bed. The children had long since fallen asleep on the couch, their shorn heads cushioned on makeshift pillows of rolled-up sweatshirts, and I whispered a little prayer of gratitude when they slept soundly through the transition to their beds. The Ogre went off to lather pesticides on his gloriously long hair and I started getting things ready to comb out his hair, I when I saw a single louse crawling along the freshly-vacuumed couch.

I wanted to cry. Actually at that moment I couldn’t decide if I what I wanted more was to cry, or die. I tried to tell myself it was my imagination, that the same imagination that had been seeing lice in every corner all day was now conjuring up this final image to send me off to bed, like some horrible inversion of a lullaby, so I stuck a paper towel next to it to see if the louse would disappear or crawl onto the paper towel.

Then I turned to face the couch again. Instead of crying, or dying, or cursing even more, I took Leah’s advice, brandished the vacuum attachment at the louse, and pugnaciously began to recite St. Michael’s prayer.

The vacuum base failed to realize that we were doing battle and fell over onto my toe, which helpfully broke.

The cursing returned, the crying appeared, and I flopped down on the floor and gave up on life, the universe, and everything. It would always be this way, forever, from now on. My life would be a louse-ridden wasteland, where I would constantly battle against harmless but horrible insects and never, ever win. I would be afraid to sit on the couch, or kiss my children’s heads, or share a pillow with my husband until the end of time. I would go to sleep dreaming of lice and wake up dreaming of lice, and in the interim real lice would be laying eggs in my hair, in everyone’s hair, breeding furiously enough to make Pope Francis blush and admonish them in a homily. But that wouldn’t stop them. Nothing would stop them, not ever, until we all died and, deprived of the blood which sustained their hideous existence, they found a new host family to drain the life from. It would be like that Josh Hartnett movie 30 Days of Night, except lice would be the vampires, and we would be the small town in Alaska that died horribly without ever seeing the sun again. And no one would be Josh Hartnett.

When the Ogre came out of the bathroom I was still sitting there on the floor, contemplating both my own misery and the misery Josh Hartnett must feel every time he remembers that he starred in that movie. I rallied, though. Sort of. Well, I rallied long enough to comb The Ogre’s hair out while complaining about how long and thick it is. His reminder that it’s only that long because I begged him to grow it out only served to change the subject of my complaints from how long his hair is to how bad my toe hurt.*

By the time I finished with his hair it was 2 a.m. Luckily our sheets were almost halfway dry by then, so I curled up on the only section of the couch I had re-vacuumed and watched an episode of The Last Ship, thinking resentfully that no one ever gets lice on a battleship, probably. Those jerks.

I felt a little less hopeless this morning, with the sun shining and markedly fewer nits appearing in the teeth of my fine-tooth comb. Which was good, because I got to learn a brand-new lesson in the special kind of humility that comes with telling everyone you’ve had contact with in the last three weeks that maybe they should buy a good fine-tooth comb.

Thanks, karma. But the toe was probably overkill.

*NB: this is why I will never be a saint. Or one reason, anyway

Extra Quotes from My Interview with...
On the Catholic Beat
Related posts from Barefoot and Pregnant