Can White People Say the N-Word?

I’ve been asked, countless times, why black people can say the n-word and white people can’t. Here’s an answer — from one black person who has thought about this issue, anyway.

When black people say the n-word, it usually means, “White people defined us as ‘n****rs,’ and in spite of that we are still here and defiant.” It’s not used as a word of shame, but as a word of defiance. And a signifier that it’s owned and controlled is that we often take out the hard “r” that originally defined it, and replacing the word with “nigga.”

When white people use it, it is seen — usually by them and black people — as an attempt to restore the marginalizing effects of the stereotype. It brings us back to the dehumanization that enabled slavery, segregation, racist drug enforcement, etc. Which is why it makes so many of us nervous when white people insist upon using it.

Here’s why white people shouldn’t use that word:

In my experience, most white people do not fully recognize and respect the struggle black people have borne over 400 years in defiance of that word, and see that legacy as reflecting on black people today. They only love and romanticize the stereotype. They don’t — and perhaps can’t — feel the undercurrent of pain and struggle and dignity, with the raw, razor-sharp intelligent toughness and defiance.

And that’s why most black people don’t want them using it. If you use that word, you should really understand that legacy of defiance and identify with it, down to your bones.

And frankly, I’m not sure you can, in this skin. In fact, most white people I talk to don’t even think that there is really any right for me to identify with that legacy, let alone for them to show a respect for it that extends to black individuals. They are quick to extend to me the poverty-driven crime rate of black individuals, but insist I can’t identify with the legacy of defiant success that people with my skin tone have pioneered for decades. And several, I understand, still use the n-word in a derogatory way behind our backs.

Here’s the secret: there is no such thing as that stereotype. That stereotype was assigned to dehumanize people who were real, flesh-and-blood human beings. People who knew what they were and defied it. And that solidarity of knowing what it is like to live under that foreign stereotype, and being strong enough to defy it and even to use an identity that is not you…that is a kind of artful innovation that only tends to come about due to the experience of living in this skin here in the United States of America.

I don’t use the word, for personal reasons. But I understand when other black people use it. I feel a bit honored when they use it to refer to me, honestly. Because I get it, I think. I’m part of this same struggle of being black in America.

But if a white person says it — my first thought is that they don’t know what it’s like to be black in America, so they must be using a caricature. So I reject it, because that’s not me, to put it mildly. White America made up the word out of its own insecurities and desires, and thus fulfill that stereotype in its psyche more than Black America ever did — because we did not make up the word, we were forced to accept it and then defied it.

Maybe one day, White America will convince us that it knows the difference. We are not there yet — especially when white individuals who do not share the experience of being black in America are clamoring for the right to say it again. You had it for 400 years, and you messed up at every turn. It’s our turn, now. 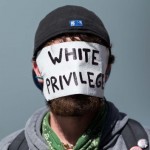 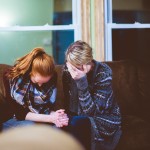