It means that we are superior to God. We are over and above God. And we always were, because we made him — and, upon making him, killed him.

Let me break that down.

To start with, we created God ourselves, in the Nietzschean scheme. As Langston Hughes has also said:

But if we created God…God is not really God. God is subject to us — our definitions, our preferences, or perspectives. God is our conceptual slave. But God cannot be a slave, by definition — right? So in the very act of creating God, we have created a fatal contradiction and thus killed Him.

What this death shows is that we are over and above the concept we created that we label “God.” We were always over and above God. We as human beings have been trying to pawn morality, power, knowledge of the future, etc. on this creation of ours that we have labeled God but, in spite of people’s attraction to their notion of a God, Nietzsche indicates that they need to recognize that they have killed God and move beyond the morality that is based on this God being in charge.

They were always in charge.

The pleading is for them to realize this…but as long as they are afraid or see themselves as subservient to this God they made up, they’ll be closed to the possibility that they created him.

So to even realize they created God, they have to raise their self-esteem — in a sense, they have to see themselves as “gods” before they can even begin to open up themselves up to the possibility that they could have the power to create God. The next step would be for them to realize that in the act of creating a concept of God and defining it as their creator, they made their God the embodiment of a fatal contradiction (because someone you created cannot create you) and thus “killed” it.

But again, they cannot realize this until they open their eyes to the possibility that they have the authority to “kill” God this way. As long as they see themselves as subservient to this God-concept, they won’t see that they killed it in the act of creating it.

So that’s why Nietzsche continues by attacking this subservience people feel, and indicates that in order to move on from this “killing” of God, and even to recognize it, they have to take the place they originally assigned to God…which will mean regaining all the self-esteem they originally placed in God:

“How shall we comfort ourselves, the murderers of all murderers? What was holiest and mightiest of all that the world has yet owned has bled to death under our knives: who will wipe this blood off us? What water is there for us to clean ourselves? What festivals of atonement, what sacred games shall we have to invent? Is not the greatness of this deed too great for us?”

Perhaps it is, for mere mortals, for people who are inferior to God. If God is necessary to our value, we are doomed. But Nietzsche does not see us as doomed. There is another possibility — for us to embrace the self-esteem we originally assigned to God, and take up the mantle ourselves, which is why he says next:

“Must we ourselves not become gods simply to appear worthy of it [killing God]? There has never been a greater deed; and whoever is born after us—for the sake of this deed he will belong to a higher history than all history hitherto.”

There it is. For us even to be seen — and see ourselves — as people capable of killing God (given the definition I gave in the long explanation above — take another look if this doesn’t make sense to you), we have to open up ourselves to the possibility, and embrace the reality, that we are superior to the God-concept we have created. And, in doing so, we grant ourselves the authority God vacated and can embrace the “great deed” of crafting our own morality.

It is only with this view that the rest of the parable makes sense. Because if the people in the churches have killed the very God they created — because they are worshipping a God-concept of their own making, and then assigning it the fatally contradictory definition of being their creator — then churches are nothing more than the worship of a being who is dead by the worshippers’ own hands. The tragedy is that the worshippers do not realize it.

And so the parable ends:

Here the madman fell silent and looked again at his listeners; and they, too, were silent and stared at him in astonishment. At last he threw his lantern on the ground, and it broke into pieces and went out. “I have come too early,” he said then; “my time is not yet. This tremendous event is still on its way, still wandering; it has not yet reached the ears of men. Lightning and thunder require time; the light of the stars requires time; deeds, though done, still require time to be seen and heard. This deed is still more distant from them than most distant stars—and yet they have done it themselves.

It has been related further that on the same day the madman forced his way into several churches and there struck up his requiem aeternam deo. Led out and called to account, he is said always to have replied nothing but: “What after all are these churches now if they are not the tombs and sepulchers of God?”

Basically (and he had reason to believe this, given the way scientific advancements were changing the world in the 19th century as he wrote it) he thinks that people do not realize that they have created a God that they have killed the moment they brought it into existence, but eventually will. It will be an unavoidable realization.

And, of course, the ignorant worshippers are going to churches, where people complain about his funeral song, and he says that this is appropriate…these churches are merely locations of God’s creation and, by extension his death.

But, unlike the apologists may insist, this is not hopeless. Again, Nietszsche also said:

“Must we ourselves not become gods simply to appear worthy of it [the death of God]? There has never been a greater deed; and whoever is born after us—for the sake of this deed he will belong to a higher history than all history hitherto.”

This, for Nietzsche, was the Great Project. He was not arguing to nihilism and staying there. He was insisting that God is dead…but the Good News is that we had killed him. We were greater than God. We are the authors of our fate, we are the masters of our existence, we are the architects of our own morality and all of our horizons. We are not small pawns that God is moving on the chessboard; we are, and always were, the players.

It’s a completely different game. It’s profoundly atheistic, and it’s messy (much like theism, I’d argue, with its zillions of denominations) but we have gotten rid of an element that is restricting our ability to play the game by ushering us into false subservience — a God that was dead, by the hand of humankind, the moment we created it. Dead for everyone — although we, the atheists, are the ones who realize it. And because of this, we have an opportunity, Nietzsche argues, to embrace a morality that is unabashedly our own. And this, in his scheme, is the greatest project we can embrace.

Pretty appealing argument for atheism if you ask me. It’s time for the Christian apologists to stop misusing it.

PS: I would like to thank all 32 of my patrons for making blog posts like this possible. Y’all are awesome, and I enjoy working with you. 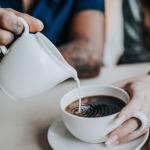 Ask an Atheist 2
Nothing is ever easy is it! Unfortunately, Chris Atlee had to pull...
view all Nonreligious blogs
What Are Your Thoughts?leave a comment
Copyright 2008-2020, Patheos. All rights reserved.