One of the common jokes among atheists is that we eat babies. The joke is meant to expose the stereotypes many give atheists — in countries where religion is dominant (no need to rub it in Scandinavia), a stereotype of atheists is that we worship the devil (that we don’t believe in the devil doesn’t matter) and that we are morally bankrupt.  To us atheists, this is ridiculous, obviously, and we make fun of the stereotype by joking about the worst think we can think of — eating babies.

I mean, this is a joke to say that yeah, you might think we atheists are morally repugnant, but we OBVIOUSLY don’t go around eating babies (except on Sundays during brunch as we conduct our Satanic rites).  It’s a way to make fun of the atheist stereotype with something so horrible and ridiculous that people would turn red in the face and have to admit that they atheists obviously aren’t the devil incarnate.

There’s actually an answer to that question, believe it or not.

The answer is, um, God — according, traditionally within Christendom, to Moses.  He (Moses…er, I mean God) was allegedly obsessed with the concept, which is a bit disturbing.  Especially when it concerned people who didn’t get along with his commands, like stoning people same sex, sex.  As Leviticus 26: 27-29 reads:

Wow.  So it turns out non-believers eating babies was God’s idea, according to Moses, according, likely, to whoever made Moses up.  That’s a bit sick and twisted, if ya ask me.

But wait, there’s more!  Check out these juicy details of the punishments God (in the words of Moses, in the words of the bloke who made Moses up) promises to dole out to people who don’t follow all the commands (like chopping of the hand of a woman who attacks the genitalia of a man who is engaged in a fight with her husband) that God gives them.  According to Deuteronomy 28:53-57:

So…yeah.  Serves you right nonbelievers.  You don’t follow the God of Moses of the guy who made up Moses, and you’ll dine on babies.  So follow God, goddammit.  Don’t you love your children?  You don’t want to eat them, do you?

And there’s an encore:  In Jeremiah 19:9, God, according to Jeremiah, will punish those who don’t follow him in the following way:

I will make them eat the flesh of their sons and daughters, and they will eat one another’s flesh because their enemies will press the siege so hard against them to destroy them.

Ha!  The sick, twisted fuck is going to “make them” eat their sons and daughters as punishment for not following him…

So, it turns out, nonbelievers might eat babies…but God seems to get off — due to all the juicy details — on making them do it.

And then in Ezekiel 5:10, Ezekiel says that God says to the non-Judeo Jerusalem that, because the don’t follow Him, the following will happen:

Therefore in your midst parents will eat their children, and children will eat their parents. I will inflict punishment on you and will scatter all your survivors to the winds.

Now, I know what you atheists are thinking.  Does the Bible have any good baby-eating recipes?  I’m glad you asked.  There’s cooking, which you might have to schedule — same-day boiling keeps the meat fresh, so you may not want to kill both children in the same day (although you want to make sure there’s some kind of safeguard to make sure no one backs out.  As 2 Kings 6:28-29a says, when relaying a conversation between two women being punished by God via a siege for Israel’s sin:

Then he asked her, “What’s the matter?”

As for where you get the dead children — well, the Bible says you can’t murder, but there’s perfectly good meat to be had in rebellious teenagers you’ve stoned to death.  And it’s encouraged right there in the Bible, in Deuteronomy 21:18-21:

If someone has a stubborn and rebellious son who does not obey his father and mother and will not listen to them when they discipline him, his father and mother shall take hold of him and bring him to the elders at the gate of his town. They shall say to the elders, “This son of ours is stubborn and rebellious. He will not obey us. He is a glutton and a drunkard.” Then all the men of his town are to stone him to death. You must purge the evil from among you. All Israel will hear of it and be afraid.

But maybe you’re not ready to branch out to stoned teenagers yet.  Well, God encourages the deaths of plenty of young, plump infants.  It would be a shame to leave the meat just sitting there.  Take 1 Samuel 15:3, for example where God allegedly, according to Samuel, allegedly, says this:

“Now go, attack the Amalekites and totally destroy all that belongs to them. Do not spare them; put to death men and women, children andinfants, cattle and sheep, camels and donkeys.”

Nor is this necessarily a sad thing to do.  One method of killing those dangerous enemy infants is throwing them up against rocks — it is a method that comes strongly recommended in Psalm 137:9:

“Happy is the one who seizes yourinfants and dashes them against the rocks.”

God (or the people who made Him up), is kinda into this, as He brings it up again in Isaiah 13:15-18 when talking about what He’s going to do to those Babylonian pagan infants:

Whoever is captured will be thrust through;
all who are caught will fall by the sword.
Their infants will be dashed to pieces before their eyes;
their houses will be looted and their wives violated.

See, I will stir up against them the Medes,
who do not care for silver
and have no delight in gold.
Their bows will strike down the young men;
they will have no mercy on infants,
nor will they look with compassion on children.

And again, in Nahum 3:10, this happens, again, as punishment to nations not following God:

Yet she was taken captive    and went into exile.Her infants were dashed to pieces    at every street corner.

So many dead babies…

So yeah. Why leave them in the street?  You might consider eating them.  According to German cannibal Armin Meiwes, they are quite delicious:

“The first bite was of course a peculiar, indefinable feeling at first because I had yearned for that for 30 years, that this inner connection would be made perfect through this flesh,” Meiwes said in the interview.

“The flesh tastes like pork, a little bit more bitter, stronger. It tastes quite good,” he said.

You can see him say this at around the 18 second mark of this clip:

Awesome.  Much better than all those rotting infant courses simply lying rotting on the rocks you threw them against, right?  Even better, since you’re not supposed to eat pork (Leviticus 11:7-8), it might make for an excellent pork substitute, right?

Especially as the Bible says plenty about eating children. Somehow a taboo against the act didn’t make it into the Bible.  Maybe God was kinda into it.

Man…I don’t know about you, but all this talk of baby eating is making me hungry… 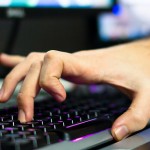 May 29, 2015
Twelve Reasons I Never Argue With Internet Christians
Next Post 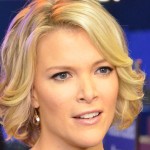