The Apostle Paul used Zeus to “prove” God. Makes sense; both have the same chance of existing.

We are all “atheists” with respect to Zeus and Thor and the thousands of other dead gods that now lie upon the scrapheap of mythology. — Sam Harris

So, in Acts 17 Paul is walking through this city, Athens, and he sees a shitload of idols there. This pisses him off so, naturally, he goes talk to the Epicureans and Stoics in the area, and they were all, “WTF?” Like, to them he was speaking gibberish. Look:

While Paul was waiting for them in Athens, he was greatly distressed to see that the city was full of idols [the horror!]. So he reasoned in the synagogue with both Jews and God-fearing Greeks, as well as in the marketplace day by day with those who happened to be there. A group of Epicurean and Stoic philosophers began to debate with him. Some of them asked, “What is this babbler trying to say?” Others remarked, “He seems to be advocating foreign gods.” They said this because Paul was preaching the good news about Jesus and the resurrection.

So what Paul was saying was just…weird. Out there. And they were all, “What is he talking about?” But, being open minded people, they decided to listen.

So Paul continues trying to explain it. And as he’s defending his explanation, he uses a couple quotes. Right here:

God did this so that they would seek him and perhaps reach out for him and find him, though he is not far from any one of us. ‘For in him we live and move and have our being.’As some of your own poets have said, ‘We are his offspring.’

They fashioned a tomb for thee [O Zeus], O holy and high one-
The Cretans, always liars, evil beasts, idle bellies!
But thou art not dead: thou livest and abidest forever,
For in thee we live and move and have our being.

Let’s stop there. What is this tomb for? And why is Epimemides calling Cretans “liars”?

Well, it’s because the Cretans thought that Zeus was born, lived a mortal life, and died. They also had a tomb for him, and many apparently believed that he was reborn every year. But in saying Zeus was a dying god with mortality, they were pretty close to atheists for the rest of the Greek world, who insisted, as Epimenides did in this poem —  that Zeus wasn’t dead, and that he will be alive forever.

What that means is that Paul literally took from the apologetics to defend Zeus’s existence against the atheists of his day — book, chapter, and verse — and basically said, “Yeah, that verse about Zeus? That’s the guy I’m talking about.”

So when we atheists compare God to Zeus — Paul was the one who started it, making the two synonymous.

And Paul by no means stops there. You see that nasty little ad hominem attack against the Cretans, calling them “liars, evil beasts, idle bellies”?  That’s profoundly insulting and is not at all an apologetic, I think you’ll agree. Obviously the protection for Zeus’s status for a deity was poor.

And yet, in Titus 1:10-13, Paul QUOTES from the nastiest, most transparent, absolutely worst defense of Zeus as a defense of his own theology:

For there are many rebellious people, full of meaningless talk and deception….They must be silenced, because they are disrupting whole households by teaching things they ought not to teach…. One of Crete’s own prophets has said it: “Cretans are always liars, evil brutes, lazy gluttons.”cThis saying is true. Therefore rebuke them sharply, so that they will be sound in the faith and will pay no attention to Jewish myths or to the merely human commands of those who reject the truth.

Now, here’s the second part of that Acts 17 quote in context, from Aratus’s Phaenomena:

From Zeus let us begin; him do we mortals never leave unnamed; full of Zeus are all the streets and all the market-places of men; full is the sea and the havens thereof; always we all have need of Zeus. For we are also his offspring; and he in his kindness unto men giveth favourable signs and wakeneth the people to work, reminding them of livelihood. He tells what time the soil is best for the labour of the ox and for the mattock, and what time the seasons are favourable both for the planting of trees and for casting all manner of seeds. For himself it was who set the signs in heaven, and marked out the constellations, and for the year devised what stars chiefly should give to men right signs of the seasons, to the end that all things might grow unfailingly. Wherefore him do men ever worship first and last.

Zeus. Literally talking about Zeus.  About worshipping Zeus, about Zeus’ commands, about his laws and everything he rules over…Zeus.  So, to the listening crowd, when Paul said, “We are his offspring,” he was literally saying “We are Zeus’s offspring.”

Now, I’m not saying that this is the be all and end all of Christian apologetics.  I know that they have a lot more up their sleeves.

But this is to say that apologists can’t say that the comparison to Zeus is unfair. Not believing in the Christian God is about as commensensical as not believing in Zeus.  This is not a far-fetched, outlandish claim. Rather, it’s an argument not just made by atheists, but also by Paul, the leading theologian of the Christian faith.

The comparison is absolutely fair, and the weakness of the arguments — the argument for Zeus and the one for the Christian God — both seem transparent. 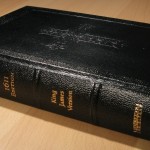 October 25, 2015
Christians hardly read the Bible themselves. Why do they try so hard to force it on others?
Next Post 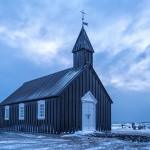