The Scientific Deformation and Reformation of Genesis: How “Science” Messed It Up, but Also Fixes It

I was grateful for the invitation to speak at UVU’s Mormon Studies Conference on Mormonism and the Challenges of Science, Revelation, and Faith in February. I spoke about how and why we’ve come to understand the creation chapters of Genesis certain ways, and then participated in a panel on evolution with two BYU biologists. You can watch my presentation here, with subtitles.  My slides aren’t visible, but you can download them here (pdf) to follow along.

I won’t post my text, as it was messy and I went off-script a good bit. And as is often the case, I wish I had said a few things differently, or included X and left out Y, but it is what it is; an ambitious paper by a graduate student covering lots of territory in too little time with too many generalities. Nevertheless, whatever its flaws, I felt like this was an important paper in an LDS context.
Here’s my attempt at a short summary.

Part 2- The Scientific Deformation of Genesis

Part 3- The Reformation of Genesis

Part 4- Where is Mormonism in this History?

I think it will be very interesting to see how the Church and its faithful scholars navigate these waters in the future, as we reexamine our collective inherited assumptions.

Some of the quotes and sources I named explicitly

A few things I didn’t use

It is not too much to see in all this a common preoccupation with the scientific method, scientific evidence, and scientific results, which descend upon these ancient pages like a cloud of termites eager to devour and digest the materials in terms of their own appetites. This is not to debunk science or historiography as such. Rather, the issue is one of appropriateness. Our contemporary preoccupations could hardly have been the preoccupations of ancient Israel…. It is quite doubtful that these texts have waited in obscurity through the millennia for their hidden meanings to be revealed by modern science. It is at least a good possibility that the “real meaning” was understood by the authors themselves…. Charles Darwin, in comparing his observations of nature with the biblical accounts of creation, assumed that they were the same sort of statement and declared that the Old Testament offers a “manifestly false history of the earth.” While religious objections have tended to focus on the word false, and many evolutionists—following Darwin—have been inclined to agree that it is false, the central issue is whether the biblical materials are being offered as a “history of the earth” in a sense comparable to the modern meaning of natural history. If they are not, then both the attempts at demonstrating their scientific falsity and the attempts at demonstrating their scientific truth are inappropriate and misleading.

Those are my italics. I have come to believe from my studies that Genesis is not at all trying to offer a “natural history” of the earth’s physical origins, not even in symbolic or veiled language. You can read my “conversion story” here.

In the long run, the truth is its own most powerful advocate. The Lord uses imperfect people. He often allows their errors to stand uncorrected. He may have a purpose in doing so, such as to teach us that religious truth comes forth ‘line upon line, precept upon precept’ in a process of sifting and winnowing similar to the one I know so well in science.

This Far Side cartoon, and this Calvin and Hobbes cartoon almost made it in.

Some things I didn’t use about the meaning of “literal”

Note how this Dilbert cartoon illustrates a common assumption (in an extreme way, of course), that those who engage in “interpretation” do so to avoid the obvious and correct “literal” meaning.

As I argue, we all interpret, all the time.

As for “literal,” it has taken on odd meaning today when talking about scripture.

For Augustine and many others, “literal” means “in the way the author intended.”

Places I have developed these ideas 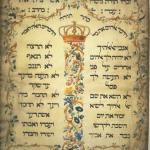 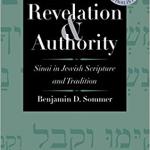 May 3, 2018 What Prophets Know: A Short Follow-up
Recent Comments
3 Comments | Leave a Comment
"I just completed reading your paper The Israelite Roots of Atonement Terminology. Thank you for ..."
Minette Ngalu Gearing Up For Isaiah
"Even if the Gospels are eyewitness accounts, they are definitely not reliable sources. See here:https://lutherwasnotbornaga..."
Gary M Brief NT Introduction and Gospel Doctrine ..."
"Ben. A couple of comments on your references: ANYTHING by Raymond Brown is excellent. The ..."
CalSailor Virtual Sperry Fireside On Reading the ..."
"This is a great move! Looking forward to using your new website ."
DeAnn Spencer We’ve moved!
Browse Our Archives
Related posts from Benjamin the Scribe