Arvo Pärt’s magnificent Magnificat, one of many songs based on the Latin translation of Mary’s “my soul doth magnify (magnificat) the Lord” in Luke 1:46ff. (Here’s a small ensemble version)

Both Matthew and Luke give us genealogies, and as moderns, we’re inclined to skip over them, or misunderstand what they’re trying to tell us. In fact, the one thing they are NOT telling us is the one thing we assume they’re telling us: a straight genealogical descent. And this is one reason why we get confused as to why Luke and Matthew’s genealogies differ.

We should first understand that these are not quite genealogies like FamilySearch provides. “Son,” (Heb. ben, Arm. bar) for example, has very broad usage, from “biological son,” to “descendent,” to indicating a covenant relationship, to a class usage, i.e. Micah ben x would indicate that Micah had the characteristics or belonged to the class of x. This is why the phrase “sons of the gods” is often translated as “divine beings” since ben there indicates not biology but “beings belonging to the class/kind known as ‘god’.”

Second, we should understand that genealogies functioned in ways other than strictly indicating biological descent.

“Recent studies indicate that only rarely do ancient Semitic genealogies intend to preserve strict biological ancestry; rather, genealogies can serve a number of purposes (even simultaneously), such as: to show identity and duty, to demonstrate credentials for power and property, to structure history and to indicate one’s character. The value of genealogies in the post-exilic Israelite society is illustrated in Ezra 2:62; 8:1 and Nehemiah 7:5. The omission of certain names in a list does not necessarily make the genealogy inaccurate nor deter it from accomplishing its purpose.” Dictionary of Jesus and the Gospels, “Genealogy”

In fact, if you remember MySpace, it had room to pick out your top six friends and display them. Obviously, you could portray yourself in a different light by what friends you chose. Do you pick prominent well-known people? Friends from elementary school? Family? How do you use that space to brand yourself?

Matthew and Luke are telling different stories of Jesus with the genealogies they choose.

Like Nephi telling us he’s about to reinterpret Isaiah in a new context in 1 Nephi 19:23, Matthew tells us how he’s carefully arranged things.

“The most notable structural characteristic is pointed out by Matthew himself in 1:17: the names in the list are gathered into three groups of fourteen, with significant historical events placed at their junctures. Some have explained this structure as a mnemonic device, based on the number fourteen since it represents the numeric value of David’s name in Hebrew (d = 4, v = 6, d = 4). Others see only Matthew’s desire to make the list symmetrical with the fourteen names from Abraham to David. Some further explain the symmetry as having apocalyptic significance: history is in order and the time of the Messiah has come.” – DJG 1st ed.,  “Genealogy”

As many realize, this genealogy differs from that of Luke. We should not assume that one genealogy is that of Joseph and the other that of Mary. (This is the solution of Annius of Viterb, c. 1490, and followed by Luther), but like other solutions, this one is problematic, for reasons I won’t go in to.

Two further notes on Matthew’s genealogy. First, the presence of women in the genealogy is atypical. But look who the women are! Tamar, Rahab (5), Ruth (5) and, in a roundabout way, Bathsheba. All of these women were “evidently Gentiles with somewhat tawdry pasts” says the Cornerstone Biblical Commentary. Tamar the non-Israelite rightfully tricked her father-in-law into impregnating her (see my Religious Educator article), Rahab was the non-Israelite harlot who made Joshua’s conquest of Jericho possible, Ruth the Moabite who did… we’re not sure what down at the threshing floor, and Bathsheba, who may or may not have conspired with David. The presence of these women is likely to show of the inclusiveness and universality of the power of Christ to redeem.

Luke’s genealogy (in chapter 3) probably has a different message in mind. And here I quote heavily from The New Testament in Cross-Cultural Perspective, because this aspect of their Greco-Roman/Jewish culture differs radically from ours; they lived in a society in which honor and shame, one’s social standing and public perception, played a massive role. Honor could be ascribed (that is, honor by dint of position, descent, family) or  acquired (that is, gained through demonstrated public virtue, achievement ). Jesus’ honor and position play an important but unrecognized role in many of the Gospel stories we know.

Of key importance in all this is that one’s honor status determined who talked and who listened. Inferiors did not initiate conversations, nor were they accorded a public audience. They had no “authority” to speak. Thus Jesus’s opponents offer him a challenge: “Tell us, by what authority are you doing these things?” (Luke 20:2). His interrogators assume that Jesus had no ascribed honor justifying the public initiative he was taking, so they press the proper question: “Who is it that gave you this authority?” Since the birth status of Jesus warranted nothing like the behavior he exhibited, the challengers naturally assumed that Jesus’s honor must have been acquired, i.e., bestowed on Jesus by someone with the right to confer it.

So how do honor and shame play into Luke’s genealogy?

“Luke intends to tell the story of Jesus to an audience skeptical of his authority to speak and act. They know (or assume they know) that his ascribed honor status is of no account…. above all else, genealogies are honor claims. They seek to establish social status (ascribed honor) and thereby provide the all-important map for proper social interaction….

To have a written pedigree, and especially a long one, was a mark of honor. However, most ancient people did not have written genealogies because they could not read them. Peasant genealogies usually consisted of only the three generations in living memory, sometimes attached to a short list of eponymous ancestors (e.g., Abraham, Isaac and Jacob).

By publicly acknowledging a boy to be his son, a father not only accepted responsibility for him and made him his heir, but the father also determined his son’s status (honor) in the community. Genealogies thus documented what rituals of naming and circumcision acknowledged. It is significant, therefore, that the genealogy in Luke immediately follows the baptism scene, where God acknowledges in regard to Jesus both paternity (“my beloved son”—ascribed honor, honor as precedence) and pleasure (“in whom I am well pleased”—acquired honor, honor as virtue)….

In sum, the genealogy of Jesus is a stunning claim to honor, all out of keeping with the actual circumstances of his birth.

Of course an honor claim this outrageous must be challenged. After all, claiming that one born in the lowliest of peasant circumstances has been raised to nothing less than Son of God traverses virtually the entire social spectrum. Luke’s Jesus is thus a classic social anomaly: one who acts all out of keeping with his birth status and social authority. This means that Luke must explain himself quickly or risk losing his reading audience. To do that, the outrageous claim must be tested. In fact, it must be tested by an adversary that no ordinary village carpenter (if indeed that is what Jesus really was) could be expected to match. Luke therefore goes immediately from the honor claim (genealogy) to a test of Jesus’s honor at the level of the cosmic powers (4:1–13).”- Cross-Cultural Perspective, 33-37 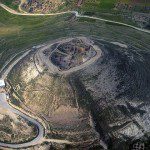 January 19, 2019 NT Gospel Doctrine Lesson 3: Luke 2, Matthew 2
Recent Comments
0 | Leave a Comment
"I just completed reading your paper The Israelite Roots of Atonement Terminology. Thank you for ..."
Minette Ngalu Gearing Up For Isaiah
"Even if the Gospels are eyewitness accounts, they are definitely not reliable sources. See here:https://lutherwasnotbornaga..."
Gary M Brief NT Introduction and Gospel Doctrine ..."
"Ben. A couple of comments on your references: ANYTHING by Raymond Brown is excellent. The ..."
CalSailor Virtual Sperry Fireside On Reading the ..."
"This is a great move! Looking forward to using your new website ."
DeAnn Spencer We’ve moved!
Browse Our Archives
Related posts from Benjamin the Scribe