Hanging With the Horned God

What is your relationship with the Divine? Is it Devotional? Collaborative? An agreement of reciprocity? How does this engagement flow into your mundane relationships? or Does it?

I think my first acquaintance with a god was when I met a funny, cheery little boy in the park.  I was running off into the thicket while my mom was getting fries and my brother was harassing the ducks.  I couldn’t make him stop so I decided I just didn’t want to be there.  And I saw a funny little boy in the woods with tiny horns poking out of the top of his head.  I knew he wasn’t real – not in the way that you and I are real – but I saw him all the same.

I wrinkled up my nose.  Those horns were kind of weird.  “Are you a devil?” I asked him dourly.  My friend Tamara was a Mormon and she’d told me all about devils, or at least “the Devil.”  He was the guy who made me do stupid things that got me into trouble, like “lip somebody off” and not think about what time it was and what I was doing.

“Okay,” I said.  If he was a devil he certainly wasn’t a fearsome one.  But sure as anything I got into trouble, because I wasn’t waiting for my mom where she’d left me.  It wasn’t the first time and it sure wasn’t going to be the last either.   I was rather cross at the boy for getting me into trouble and I refused to play with him again.

But he kept calling me.  Just on the cusp of adolescence I was lured into the wilds of the wetlands by the sound of wind in the willows and the reeds.  He was showing me the mysteries of water, and bugs, and red-winged blackbirds.  They kept me company in a time in my life when I had no friends at all; when I was an ugly duckling with pizza-face pimples who was the one everybody kicked in the hallway.  And so what should have been a half hour walk home from school often became two hours.

When I was 16 and in the full bloom of my Maidenhood he began to play a different sort of tune.  Often I would climb up Turtle Mountain with my friends on the weekend just to be where the pipes were playing.  My best friend Malachi ran away from his foster home and made camp up there.  I would hang out with my friends there on the weekends and we would drink and party and they would smoke dope.  Strangely, I never did.  Perhaps I sensed that if I did so, I’d be able to hear those pipes a little too clearly.

But I brought them up there to celebrate Ostara, Beltane and Litha with me, because by then I knew I was a witch.  We had adventures and misadventures.  On the Solstice I went off by myself into the trees, put on some Celtic music on my sports-model Walkman and danced naked in the woods.  All of my friends were teenage boys.  None of them ever touched me in any way that was inappropriate.  And I never had any fear that they would.

When I became an adult and began to pursue the Craft in earnest our relationship changed.  I felt as though we’d known each other before in other worlds and other times.  More often now when I saw Him, He had a fine rack of antlers.  He was taller. He was more sinister in many ways. I became aware that He also had a dark side.  The lore I found taught me about His aspect as the one who stands at the threshold between the worlds, and of course that includes the process of death.

Priests and partners drew Him down.  I made love to Him in this way, but He only really spoke to me when He wandered through the Veil.  I found Him on the land and in the woods where I now live.

I’ve told a lot of this story already.  These days He comes and visits me every so often, sometimes through the High Priests I work with, sometimes through the Veil. When I go to the Otherworld, He is always there to guide my way and help me do whatever it is that I came there to do.  He asks me to do things for Him.  I do them gladly; though every once in a while I have to communicate why something is impossible for a mortal at this time.  Most of the time He listens; sometimes He either knows better or just doesn’t understand.

Often He calls me into the wild places, or into the music room, or into the bed of my lover.  He does this because He wants to remind me of the things I serve – Love, Life, Magic, Mystery – and the reasons why I serve them.  And I get busy and I lose touch with that every so often.  He reminds me to be in the moment; to really pay attention to laughter, friendship, joy, nature, and the touch of my lover’s hand.  He encourages me to be brave and to be willing to be vulnerable. He enhances my life, my loves, and my art (and Art).

Occasionally I ask Him to do things for me.  Most of the time He’ll do it right away, because we have a complex relationship that has been built on years of experience.  It’s a little bit like lovers, a little bit like friends, and a little bit like a chivalrous oath of service in which we both have obligations to one another (He’d be the “liege lord” of course.)

Both of us are aware that this is entirely voluntary, and I may disavow my service at any time (and, I suppose, so can He!)  I can’t foresee ever doing that in this lifetime, but it’s an option.  I don’t expect I will suffer any divine wrath for doing so if that happens, unless I betray the oaths of honour I swore to follow; and I don’t intend to.

So, am I devoted to my god?  Absolutely.  Do I love Him?  Without a doubt.  Do I want to do things for Him; do I expect Him to do things for me?  Of course!  But can I really say that I worship Him? . . . well, I suppose that depends upon what you mean.

Hey there!  Jason Mankey bet us all we couldn’t get as many Facebook likes as he could, so help me prove him wrong and like the Between the Shadows page!  And don’t forget to check out the Patheos Pagan channel for more great articles. 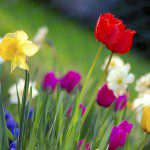 March 16, 2015
Seekers and Guides: Garden Magick for Ostara
Next Post 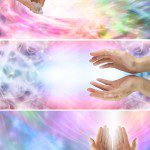 March 24, 2015 Quantum Woo: The Placebo Effect
Recent Comments
0 | Leave a Comment
"Take heart, Woods! I think people are finally angry and scared enough to get their ..."
Sable Aradia Dear Greta Thunberg
"You did make a difference, as did the Baby Boomer generation (who first brought attention ..."
Woods Wizard Dear Greta Thunberg
"I really like your text. I am happy to note that on the other side ..."
Seren The Star Goddess
"Very spot on review of Circe. This was one of the few books I read ..."
Michelle Gillian Pagan Book Review: Circe by Madeline ..."
Browse Our Archives
get the latest from
Between the Shadows
Sign up for our newsletter
POPULAR AT PATHEOS Pagan
1

Pagan Parenting: No-Buy Garden Lockdown Challenge
I find the October half term the most difficult school holiday in...
view all Pagan blogs
What Are Your Thoughts?leave a comment
Copyright 2008-2020, Patheos. All rights reserved.