So I was reading Humanistic Paganism recently, and I found this comment in response to an article about the movie The Theory of Everything and trying to understand quantum physics through Stephen Hawking’s writing:

Interesting observations, Brock. For me, quantum physics is the thing I really can’t wrap my head around, and my only consolation is that Einstein couldn’t either. 🙂

Regarding scientific theories that threaten to pass beyond the ability for lay people to understand, I suspect the line where it becomes a problem is when the non-scientist can no longer make even basic inferences based on the theory without spouting utter nonsense. That’s when you get Deepak Chopra-style babble and ideas that magic works based on quantum physics. 🙁

I cringed, because this sort of position is so dismissive.  This was one of the reasons I started this column.  You know, I agree that Deepak Chopra is looking to sell books. But surely even the most doubting Thomas can see something there.

I’m not a scientist either, but I’ve always been very scientifically-minded and if I have come to a theory it’s based on evidence, even if that evidence is simply my own experience (though of course this proves nothing in the broader sense, and I recognize the many clever tricks of the human mind such as confirmation bias, so I don’t expect anyone to just take my word for it.)

I certainly wouldn’t go so far as to say that magick is proven by quantum physics. The science of quantum mechanics is still far too new and we’re only beginning to understand the possible implications. But I also think that anyone who casually dismisses the questions that study of the field raises is engaging in unfounded intellectual snobbery. Furthermore, it’s not scientific. Science observes the available information and data and proposes a theory. If the observed data questions or contradicts the theory, the anomaly must be dealt with. It means that either there is something wrong with the test, or something wrong with the theory.

It’s been proven again and again that eyewitness perspectives are wildly inaccurate because our interpretations of data are flawed due to faults in subconscious bias, perspective and memory. But it’s an accepted method of both study and court testimony to gather a lot of different eyewitness perspectives, and somehow determine the truth by weighing them against one another and finding commonalities. What I find really amazing is how deliberately blind much of the scientific community is to such information when it contradicts their world-view.

Let’s consider, for instance, the placebo effect. I don’t think anyone can deny its existence, am I right? It’s so widely accepted that scientifically-produced, medical remedies, are constructed with the placebo effect in mind, including the choice of pill shape, colouration, and cost (one of the reasons why medication is so expensive is because we believe it will work better if it costs more). Clinical trials of new medications use a control group just so that they can rule out, as much as possible, the placebo effect in the healing process.  Read this great article about it at Cracked Magazine.

What exactly is the placebo effect?  Put simply, our belief in the effectiveness of a treatment – or lack thereof – has a direct effect on how effective it will be for us.

Placebo effect: Also called the placebo response. A remarkable phenomenon in which a placebo — a fake treatment, an inactive substance like sugar, distilled water, or saline solution — can sometimes improve a patient’s condition simply because the person has the expectation that it will be helpful. Expectation to plays a potent role in the placebo effect. The more a person believes they are going to benefit from a treatment, the more likely it is that they will experience a benefit.

To separate out this power of positive thinking and some other variables from a drug’s true medical benefits, companies seeking governmental approval of a new treatment often use placebo-controlled drug studies. If patients on the new drug fare significantly better than those taking placebo, the study helps support the conclusion that the medicine is effective.

The power of positive thinking is not a new subject. The Talmud, the ancient compendium of rabbinical thought, states that: “Where there is hope, there is life.” And hope is positive expectation, by another name. The scientific study of the placebo effect is usually dated to the pioneering paper published in 1955 on “The Powerful Placebo” by the anesthesiologist Henry K. Beecher (1904-1976). Beecher concluded that, across the 26 studies he analyzed, an average of 32% of patients responded to placebo.

People who receive a placebo may also experience negative effects. They are like side effects with a medication and may include, for example, nausea, diarrhea and constipation. A negative placebo effect has been called the nocebo effect.

How does it work?  We have no idea.  None.  But we know that roughly 30% of us in any given group of patients will be susceptible to it.

Let’s stop and think about this for a minute.  A documented 30% cure rate simply based on the belief that you can be cured? Why is nobody studying the implications of this, although every scientific medical study must compensate for it?  This is a deliberate blind spot on behalf of the scientific community.  They accept it; but they ignore it, because they don’t understand it.  What I want to know is, how the hell does this work?  It flies directly in the face of a belief in a universe that is entirely the sum of its atoms and molecules, where everything has a logical cause and effect!

What others expect to find also affects the results. Hard-core rationalists sneer dismissively at the assertion that the skepticism of others interferes with the experimental observation of metaphysical phenomena. “Of course you can’t produce it when I’m watching,” they snicker, “because you’re a fraud, and since I’m watching you to make sure you can’t cheat, then you can’t do it.”  But again, let’s really consider that.  The doubt of others, if nothing else, weakens your own belief.  Magick-workers know this, and that’s why “to keep silent” is the fourth, and final, power of the magician; the last of the four corners in the Witch’s Pyramid.

I don’t expect hard-core rationalists to just take my word for it, but here’s an example of this at work.  Let’s assume that I say that I can do something that involves psychic powers. Let’s say, for example, that I am a healer and through the power of my belief, I can cause a change in the body that results in healing beyond what medical science has a right to expect.

If I open up a Reiki practice, people come to me seeking healing. We have two observers who are observing the experiment. One of them is myself; and I obviously believe that the healing thing works. The other observer is my client, and she wants to be healed, and obviously is hopeful enough to give it a try. So, I am measuring for particles, and since both of us expect to find particles, that is what we find. Even saying it is the placebo effect she and I both expect to find results; and so we do.

Now, I don’t see how this is a bad thing.  Someone is being healed through the pure power of belief.  It costs nothing but time, and I can tell you that my $60 Cnd fee is considerably less expensive than a month’s worth of almost any pain medication, Asprin and Tylenol included.  But hard-core rationalist sorts would call me a scam artist.

Now let’s say that my client has a hard-core rationalist friend who inflicts his doubt upon the situation.  I bet that you would immediately start to see a decline in the beneficial effects of the treatment.

How many lives could be saved by putting this process to work?  I’m not telling anyone that they should avoid scientifically-proven medications or treatments – they work for a reason too – but certainly this principle has application as complimentary therapy!  I won’t tell my sister-in-law, who has recently suffered the aggressive return of the breast cancer she was diagnosed with a few years ago, that she should stop going for her chemo treatments, but I sent her some magickal charms and a homeopathic remedy.  It can’t hurt, right?

What I can tell you is that when my husband was in a near-fatal car accident a few years ago they gave him a 0% chance of survival; but no one ever said that to me, so I didn’t believe it.  And because I didn’t, neither did he.  I did Reiki for him every single day of the eight months that he was in the hospital, and off and on afterwards as well.  And he has made a recovery that astounds every doctor that knows of it, from his vascular surgeon to his physiotherapists.  I can’t say for certain that he wouldn’t have made that same recovery without it of course, but I have no doubt that the power of my belief fueled his own desire and power to heal.  And I think that’s magick indeed!

Someday I hope that the scientific community will take their blinders off and study this properly.  But until they do, I won’t believe you when you say you know better, because the best scientific minds in the world aren’t arrogant enough to say that they know better, and I’m sure you don’t know as much about it as they do!

Hey there!  Jason Mankey bet us all we couldn’t get as many Facebook likes as he could, so help me prove him wrong and like the Between the Shadows page!  And don’t forget to check out the Patheos Pagan channel for more great articles. 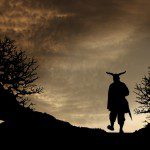 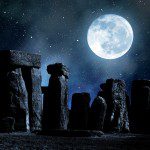 March 27, 2015 Sacred Earth & Sovereignty: Pagan Temples and Why They Matter
Recent Comments
0 | Leave a Comment
"Take heart, Woods! I think people are finally angry and scared enough to get their ..."
Sable Aradia Dear Greta Thunberg
"You did make a difference, as did the Baby Boomer generation (who first brought attention ..."
Woods Wizard Dear Greta Thunberg
"I really like your text. I am happy to note that on the other side ..."
Seren The Star Goddess
"Very spot on review of Circe. This was one of the few books I read ..."
Michelle Gillian Pagan Book Review: Circe by Madeline ..."
Browse Our Archives
get the latest from
Between the Shadows
Sign up for our newsletter
POPULAR AT PATHEOS Pagan
1

The Toxicity of Crystals and Ways...
Keeping Her Keys
Related posts from Between the Shadows