Have you ever given any thought to your local independent bookstore?

I think that in recent times, it’s become really easy to just walk into Chapters or to order things off of Amazon.  Many people seem to think that this is the wave of the future.  I order a lot of things on Amazon, and my book and both the anthologies I’ve contributed to are available there.  Chapters sells my book too.  And it’s great that you can buy books that might be obscure from people all over the world, in e-book or actual flipping pages formats.

But the independent bookstore . . .

Before I worked at Expressions of Time in my hometown Vernon, BC for my day job, I used to hang out there.  Shelves and shelves of fascinating books on a variety of subjects!  I would wander through the store for hours, scanning their World History section, their Spirituality section, their Women’s Spirituality/Women’s Studies section, their metaphysical and Pagan sections, and their amazing sci-fi/fantasy pocketbook section.

Expressions sells new and used books, and Char, the owner, is really precise about getting books that are in good condition.  She keeps such a wide range of subjects!  Her Local History section is probably the best in the Okanagan Valley.  Her collection of second hand Pagan books are bar none.  Expressions of Time was also the site of my first-ever book signing event.

How often have I flipped through books with intriguing titles and covers?  How often have I picked up something that might otherwise be obscure, and because I had a chance to really look through it, decided to take it home with me?  I started reading about quantum physics and the link to mysticism because of the books I found there.  I started reading about entheogens because of the books I found there, and much of that material ended up in the book I wrote.  There, I discovered Margaret Atwood after many years of recommendations from friends.  There, I found “Guns, Germs and Steel,” which may have done more to inform my understanding of the evolution of cultures and societies more than anything I’d ever read in my life previously.  There, I finished my Dark Tower series collection.

Char carries books that Chapters would never think of carrying.  Awesome books.  Thought-provoking books.  Like “23 Things They Don’t Tell You About Capitalism” and “Dreaming the Dark,” which are probably essentials for my participation in the Anti-Capitalist site Gods & Radicals that I write for.  Like “On Killing,” which I wrote an essay about for another site that I write for.  Like “The Dancing Wu Li Masters,” which inadvertently led to a regular column on my professional multi-faith blog.  Like “The Rebirth of Witchcraft,” which as far as I know is out of print.  As a professional blogger, this is really important to me, as I know it must be of importance to anyone who likes to read.

Now that I work there part time as a day job, I have a stack of things under the counter that I take home when funds permit.  I’m gathering books for my Science Fiction Masterworks book club there, and I’m about three quarters of the way through finishing my Aubrey-Maturin book collection (inspiration for the Russel Crowe movie “Master and Commander.”  Last week I even picked up a first or second vintage printing of “From Earth to the Moon,” the classic by Jules Verne.  Chapters, which I love, would not have had those book on the shelf for me to look through and decide to buy.  And if I’d ordered them all from Amazon, I’d be broke from the shipping costs.

Independent bookstores are individuals.  They carry stuff that their owners and customers enjoy, and much of that can be out of the mainstream.  And that’s a really good thing!  If all of our access to knowledge is controlled by big companies, even if they are altruistic, ultimately we’ll be limited to what sells to the most people.  Which is why Chapters’ sci-fi and witchcraft sections are shrinking.  Char is more willing to experiment, and to offer things of personal interest to her clientele, with whom she (and the rest of us who work there) develop a personal relationship.

And don’t forget that the money you spend at your local bookstores is money that goes back into your community, not to a big faceless corporation.  The author gets paid either way!

On April 30, thousands of authors like me will be participating in Authors for Indies.  We will volunteer to work at independent bookstores around the country as booksellers.  At Expressions I’ll be joining five other local authors, most of whom I’ve never met, who write everything from kids’ science fiction to books on horse therapy.  We’ll talk about the books we enjoy, maybe read some of our material, and sign our books for you when you buy them.  We’re making a whole event out of it, with live music and cake and everything.  I’d like to encourage you to come out to your local independent bookstore that day to support the important work that they do.  And if no such event is happening, I’d still like to encourage you to remember your independent bookstore first before you go to Amazon. 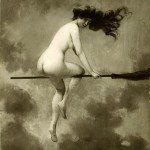 April 20, 2016
From the Shadows: Faith & Politics in Paganism
Next Post 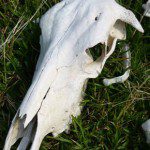 May 6, 2016 The Irrational Fear of Death
Recent Comments
0 | Leave a Comment
"Take heart, Woods! I think people are finally angry and scared enough to get their ..."
Sable Aradia Dear Greta Thunberg
"You did make a difference, as did the Baby Boomer generation (who first brought attention ..."
Woods Wizard Dear Greta Thunberg
"I really like your text. I am happy to note that on the other side ..."
Seren The Star Goddess
"Very spot on review of Circe. This was one of the few books I read ..."
Michelle Gillian Pagan Book Review: Circe by Madeline ..."
Browse Our Archives
get the latest from
Pagan
Sign up for our newsletter
POPULAR AT PATHEOS Pagan
1

Building For A Future We Won’t...
John Beckett
Related posts from Between the Shadows