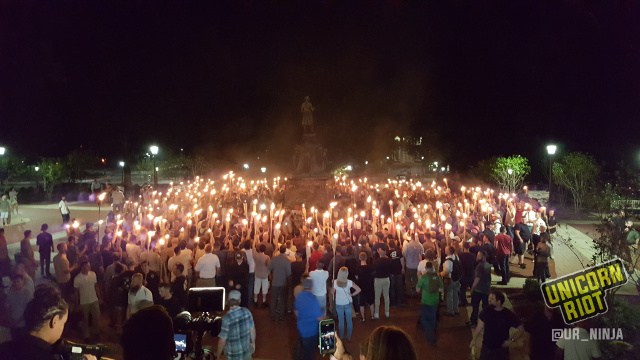 The Insidious Teaching of White Supremacy

How It Is Cloaked in a Doctrine of Family Purity

My friend, a retired Episcopal priest from South Carolina, from an old Charleston family, from ante-bellum aristocracy, who horrified his family when he became an advocate for civil rights  back in the day, told me this story some years ago.

It’s a story about Robert E. Lee, the Confederate General. He conceded defeat at Appomattox on a Sunday. And the following Sunday, he went to church. He was an Episcopalian. And when it came time for Communion, a black man walked up to the rail and knelt down. And no one followed.

An eerie silence ensued, in which no one knew what to do next. It was unthinkable for blacks and whites to kneel next to each other at the rail, and to drink from the same cup. And it would remain so for the next one hundred years, till the Civil Rights era outlawed and wore down segregation.

But on this Sunday, at last, one white man did go up and take his place on the kneeler. It was Robert E. Lee.

So marching for white supremacy in Charlottesville, in response to an initiative to remove Lee’s statue from a public park, is not only morally disgusting. It is historically false.

And marching in defense of his statue while carrying signs that say “No Gods, Master Race” certainly in no way understands or joins Lee in spirit.

Lee, as an Episcopalian, perhaps understood Christ more clearly than most of his fellow southerners, who were Southern Baptists. And we need to remember that the Baptist Church went through a fierce internal fight and split asunder over slavery during the Civil War, forming the Southern Baptist and American Baptist churches.

The Southern Baptists had fashioned a theology which defended and supported slavery, through a set of entirely false assumptions.

And those enemy nations hold slaves of many nations. Israel, however, is established by God in freedom and equality, every man (sic) given an equal portion of land, his own vine and fig tree. And the venerated Acceptable Year is a halcyon time when equality and freedom will be restored to all.

Second, the Southern Baptists worked out a fallacious interpretation of the story of Noah, in which Noah’s darker son becomes a bound servant to his fair, elder son, and this gives rise, they said, to sanctioned bondage. None of this is in the text.

Third, a fallacious doctrine of the purity of family was used to subjugate women to men, and those who practice sex outside of marriage, as slaves did by law, are deemed impure and degenerate lesser beings.

And finally, all of this ignores the teachings of Jesus, who overthrew piety laws in favor of open-hearted love of God, such as was shown, Jesus pointed out, by the prostitute who threw herself at his feet and kissed them, by the tax collector who poured out his heart in the synagogue where he did not know the ritual prayers, by the Canaanite woman who begged for her daughter’s healing, and so on. Jesus does, in some tales, speak of servants and masters, but he also teaches that, in the kingdom of heaven, the last shall be first and the first last.

These people, and so many more, were outside the realm of pious purity, but were first in the heart of God, so Jesus taught.

Today my own heart was raised by tweets of a video of clergy and laity in a Charlottesville church, singing and praying in preparation for their public opposing of the white supremacy march, about to be held in their city. And how they needed their faith today, as they were Maced and beaten, and then mowed down by a 20 year old white driver from Ohio.

And today my heart was torn in anguish for the United States, that these neo-Nazis, with their ugly leaders like David Duke, have become home-grown terrorists.

My anguish for Charlottesville is helped by their show of faith, and my surety that they will rise and reclaim their city.

But I am alert and wary of the Southern Baptist Church, which even now is raising money from its southern pews to establish churches in the north, in and around Boston, with the express purpose of converting the heathen from progressive Christianity to their teachings of family purity.

And make no mistake, their teachings are designed to reestablish male supremacy, to put women back in a subservient posture, to insist that God is only male and always legalistically minded, and to persuade this country to reject LGBTQ relationships and in fact, all relationships between consenting adults that are not blessed by this church.

Robert E. Lee, a week after Appomattox, declared a new day by kneeling beside a black man in church. A man who could not possibly have been married in that church, or any white church in the south. A man who only recently had been a slave, of unknown parentage and unknown parenting, and for that matter, unknown gender preference. A man who would have been arrested, had he dared to walk up that aisle and kneel beside a white woman. Lee declared a new day, on that Sunday.

A crowded churchful of Christians in Charlottesville gave witness they will not allow anyone, not marching white supremacists and not the Southern Baptist pastor who insulted the gospel by cherry-picking a line from Romans to defend President Trump’s ‘fire and fury’ promise to North Korea, to bring that new day to an end.

Some of the finest Christian souls I have ever met are Southern Baptist born and bred. Some of them live up north near me, and go to different churches now. Some love their Baptist heritage and some do not, but still have shining souls that got their start there. Surely some, perhaps many, who gathered in the Charlottesville church to pray before protesting white supremacy, were Southern Baptists. And perhaps the woman who was killed by the terrorist’s car, perhaps some of the wounded, were Southern Baptists. But the social teaching of this denomination is corrupt. And it is only two months ago that, after a two year long fight, and by a very narrow margin, their Assembly did pass a resolution rejecting Alt-Right white supremacist ideology as incompatible with the Bbile.

We all know how long it will be before that resolution becomes real in their churches, we know the almost half of delegates who voted against this resolution will not go home to implement it in the preaching and teaching of their churches. And we know that many, even most, of the white supremacists who marched today will go to church tomorrow, most likely in a Southern Baptist church. We need to pray for them, but also to be very wary of their words. We need to speak out and deny them the right to proclaim their falsehoods as Christ’s truth. 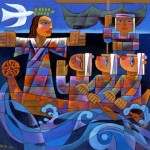 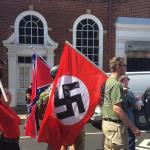 August 13, 2017 Your Words Defile You, Jesus Said
Recent Comments
0 | Leave a Comment
"Yes, he was Minority leader at the time, not Speaker. Thank you."
Martin W. Eldred It’s Pentecost – and Something Is ..."
"Conventional religion doesn't give Mary nearly enough attention; nor Ruth, nor Elizabeth, nor the Saints ..."
Emily Elizabeth Windsor-Cragg No More Lying About Mary
"Nancy - what happened to you? You've all but disappeared?"
Pat Pickett Easter and the Bandit Shepherd
"There is more than one way to interpret the writings of the Bible, just because ..."
Mary-Anne Lomas No More Lying About Mary
Browse Our Archives
get the latest from
Progressive Christian
Sign up for our newsletter
POPULAR AT PATHEOS Progressive Christian
1

Should Christians Attend Same-Sex Weddings?
Faith Forward
Related posts from The Bite in the Apple