Nicodemus’ Dilemma and Ours 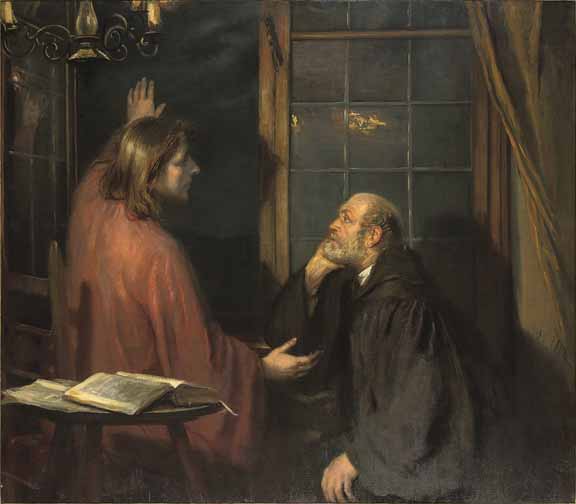 That remembered night, when Nicodemus came into the dirt poor streets of Jerusalem to hear the man named Jesus, could be a night right now.

We tend to think of Nicodemus as a man of privilege, because Jesus was talking to the rag tag poor and Nicodemus stood out, in his good cloak with his good speech and his education.

But that may truly unimportant. Because what Niceodemus was coming from, on his side of town, was a mess very much like the one we are in. Pontius Pilate, Herod, and Caiaphas were in charge of the nation’s life, and it was a rather recent arrangement that had brought the three of them together. They were the Bannon, Sessions and Trump of first century Jerusalem.

It would be hard to say who now would be which then. But together they then possessed the disdain for human suffering, the elitism, the willingness to inflict a lot more suffering and displacement in order to establish their idea of order, and the greed, that are at work in the operating cohort of our time.

They posture, at least Sessions and Trump do, as men of faith, but Bannon disdains all that. Just as Pilate disdained faith in favor of brute force, just as he enjoyed cruelty and pinning the blame on others, while providing the muscle Herod and Caiaphas needed to stay in charge.

Nicodemus  was a decent man. He’d been working in government for some years now, always with the hope that things would get better, that people would pull together in the values that were central to Judaism, and preserve the culture and life of the nation.

Lately though, and especially since Pilate arrived, even Nicodemus’ optimism was flagging.

And he kept hearing rumors about the man Jesus. Rumors carried by hard and bitter men who were usually at his ear asking him to rid them of this Roman and the fake king. Rumors carrying hope, hope he hadn’t heard from his contacts in years.

Out Nicodemus went then, to listen for himself. Half disbelieving. Half aching to find what he’d heard was true.

And when he asked Jesus, appealing to his powers of wisdom, what he had to do to survive this mess, Jesus said he had to stop believing his roots in the system were going to sustain him, and instead he had to root himself in something entirely separate from that: in God. He had to be ‘born’ from above.

It wasn’t going to be from his father, his relations, his professors, that a way through this wilderness of sin could be found. Those were now not sources of wisdom, but temptations. Nicodemus had to root himself in faith, not in its interpretation by the men who were making their living by supporting the throne, the Roman governor, and the administration that had bought into this reign of powers.

Jesus, who had separated himself from the babble in the Temple, was speaking from a live stream of the Spirit of the One who had led the people through slavery and into freedom, through wilderness and into this land, the One who could lead them out of bondage again, preserving in them a vision of life apart from these perverted powers and their desecrations.

Astonished, Nicodemus stammers his buts:
but how is this possible?
but who can I trust?
but what about everything I’ve built with my life over the years?
but how can this be?

And Jesus presses him onward: “The wind blows where it will, and you do not know where it comes from.”

Nicodemus, a man who traces the lines of order carefully, is terrified of the wind that blows where it will, the wind whose origin is in the Unknowable One.

And so am I terrified, for like Nicodemus, my roots have always been in this tradition of American democracy, this tradition of considered process, debated truth, measured steps. What Jesus is urging is outside all the boundaries I understand.

Am I then impatient for the powers-that-be, the elected Wise Ones, the Senate, the Courts, the Rest, to reach the point of overthrowing these miserable leaders? Yes and No. If I am reluctant, how can I be impatient with them?

Do I foresee the sacrifice of good women and men to the so-called justice of this administration’s idea of who belongs and how that is determined? I do. I do.

Called into the streets, I witness to the wind of the Spirit. Yet many others who do so frighten me by their intensity. Tonight I drove home behind a car bearing the sticker, All Who Voted for Trump Are Guilty of Hate Crimes. I cringe at this, harsh, unfair, merciless hate from the left, the left where I also stand.

No wonder Nicodemus was astonished at Jesus’ free associations, and Jesus’ freedom from systematic restraint.

We are all Nicodemus.
The truth is in the streets, and that terrifies us. And in the halls of honor a blurring of truth and falsehood has muddied our collective wisdom. 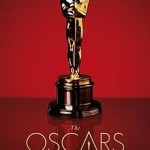 March 4, 2017
How to Clean Up Your Mess:  Grace versus Cunning
Next Post 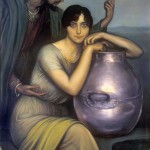 4 Reasons We Should Focus on...
Honest to God
Related posts from The Bite in the Apple