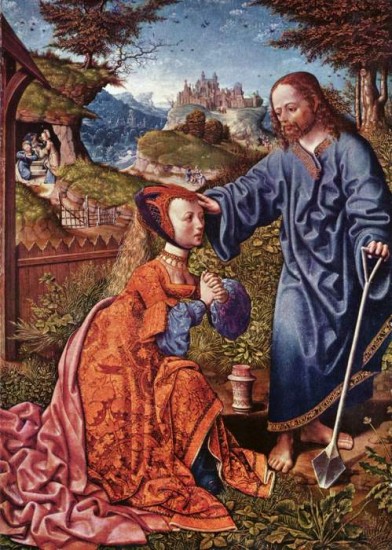 When you think about it, Jesus might have spent Easter and the next fifty days writing down a few things. What happened to him, for instance. Or he could’ve written down his stories so we’d remember them right. Or he could’ve strode into Jerusalem to show the so-and-sos he was back. Or spread a few more dazzling miracles around.

He might have organized the church and written down a few expectations, maybe a liturgy of sorts, or a schedule for how often we should eat together in his name.

But he didn’t want any of this, I’d say, because he didn’t do any of it. He wanted what we all want, when we’ve been through hell, looked death right in the eye and then come back. He wanted to go home. Just home, to the ordinary small things that are so comforting, so peaceful.

His desire for adventure was gone now, and also his taste for glory. Even his love for crowds had left him. Instead, he wanted the familiar. So he folded up his grave clothes and went outside and worked in the garden for a while.

Those folded clothes were the thing that convinced Peter. Jesus must have been a neatnik, at least by Peter’s standards, and he recognized that familiar touch in the grave clothes.

Mary found him working in the flowerbeds and wept when he said her name, but he hushed her, he said he had some more to do and asked her not to stop him.

Later he walked the Emmaus road, but instead of teaching them he listened, as they began to be the story-tellers, the interpreters of things.

The next morning he made breakfast for the men who’d gone fishing all night, lit a fire for them and had food cooking on the beach when they came ashore.

When someone dies, these are the things we all do, if we loved them. We fold up their clothes. And spend time in the garden they loved to tend. And walk where they often walked. And feed one another.

These really are the basics, I believe, the things we all want to get back to after something terrible has happened, when we are given the chance to go home.

And so George Frederick Handel got it all wrong in the Hallelujah Chorus. Resurrection isn’t about being King of Kings, Hallelujah! Hallelujah! And it isn’t about omnipotence. It’s about presence. About perseverance and possibility. And peace.

Easter is a day at home. And days like that are about nearness. Nearness isn’t about acquaintances, or social friends, or party lists. It’s about the people who stop in and sit at the kitchen table with you when you have your bathrobe and slippers on. The folks who admire your garden, and bring you a flower from theirs.

People who ask of you only a welcome. Not wisdom. Not power. Not glory. Not more work. And not that you will never leave them again.

Easter is about being together, the joy of nearness that lives beyond all other things.

When you think about it, it’s quite remarkable that Jesus never wrote anything down. He was Jewish, after all, a people rapt with devotion to written words, who kiss and dance with their Torah. And Jesus was literate, we know that. He stood up in the synagogue and read from the Torah. And he quoted from it all the time. But he spent most of his time among folks who weren’t readers and writers, and what he loved was telling them stories, and what he also loved was debating with the arguers. And that’s what everyone remembers, that, and how he is with us, always. 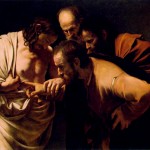 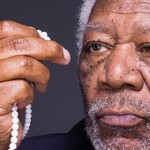 God Said It, I Believe It,...
Freelance Christianity
Related posts from The Bite in the Apple