Seeing in this World 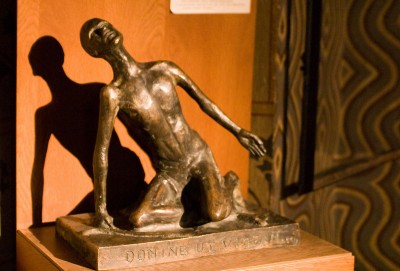 At the main gate into Jericho, where the crowds gathered in expectation of the great deeds of Jesus, the blind man Bartimaeus sat in his customary place, begging cup in hand.

He wasn’t born there. He’d been assigned to that spot by the powers that be, or perhaps by public concensus. In their eyes, that was where he belonged, a helpless young man who had to depend on charity.

Jesus responded to Bartimaeus’ vision.  Sightless Bartimaeus had the gifts ancients have long ascribed to the blind – insight, perceptiveness, and wisdom. 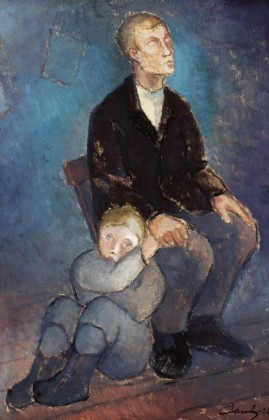 Jesus called these gifts Bartimaeus‘ faithfulness.  We might also say Bartimaeus had political skilfulness.  When Jesus asked him, ‘What is it that you want to see?’  Bartimaeus replied, ‘Your face.’  And it is a faithful response, for a man who had been living cross –legged in the street begging, who might have chosen a snarky reply:  I want to see the bastards who’ve thrown in a stone and taken a shekel, the fellows who pelt me with insults. . . . But he didn’t.

For some months now, Christians have been facing this very scene on the borders of Europe, where hundreds of thousands of desperate Syrians, Turks, Africans, Iraqis, Afghanis and others, fleeing situations they are powerless to change and in which they are unable to earn a penny, are sitting at the gates, begging.  Begging for food, shelter.  Begging to come in.  Begging to be allowed to find their relatives in northern Europe, or to find a place somewhere to begin again.

The arguments over aiding refugees are passionate and sometimes vicious.  Moral and immoral.   Those against aid argue for cultural preservation and religious homogeneity, and they warn of the danger of mixing races, faiths and customs.  And there is fear of terrorists moving in.  But it seems there is more fear of normal people arriving whose presence will change everything from the supplies the corner grocer carries to the price of rents and cars, normal people who will carry the seeds of change within them and begin the transformation of what is, into what may be. 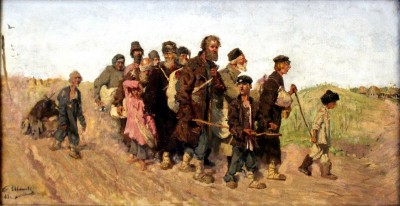 Americans, a bit removed at the moment but very afraid of terrorists, are arguing behind closed doors to limit the influx of Moslem refugees.

At the New Yorker Festival, in Jelani Cobb’s rich discussion about race in America now (The Fire This Time), Ta-Nehisi Coates at one point introduced the topic of population change in America, a change which is already well underway and does not require immigration to keep on happening – the change from a nation with a majority white Protestant citizens to a nation with a majority of non-white citizens, speaking a variety of languages with English as their secondary tongue at best, and becoming increasingly secular, with pockets of various orthodoxies among them.  Whites will soon be a plurality, but never a majority in America again.

In other words, a legion of transformed Bartimaeuses are already here.  They have already come through the US gate and changed  from penniless, unskilled workers into a competent, hard-working immigrant workforce who remember what their achievement has cost them and also know how this nation depends on them. 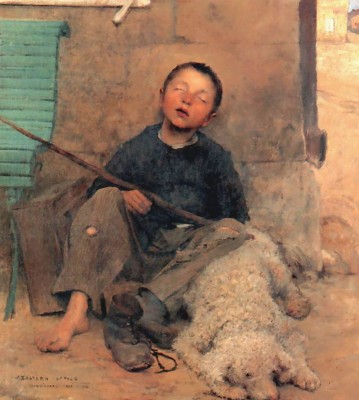 In a country whose railroads and cars, planes and computers, have been built by newly arrived immigrants for two hundred years, and whose agriculture has been planted for two hundred years before that by refugees from Europe and the British Isles – and by imported slaves – and whose crops are today harvested by migrant Latinos — in this America, the candidates for President, almost all of whom claim to ‘know Jesus’, are talking about building a border wall, to keep Bartimaeus out of the economy.

Ta-Nehisi Coates postulated that white America will either learn to function as a non-dominant voice in a swiftly changing culture, or withdraw into gated communities and cease to participate in public life and public conversation.

My sense is that the process of change will be rougher than these two choices make it seem.  Competition will not be simply between whites and everyone else, but will continue to follow older American patterns, of whites accepting some groups, who are allowed to become ‘white’ in their acceptance, and excluding other groups, and by this managing to maintain a semblance of dominance, though with a shifting coalition of partners, for a very long time.  The dominant donors to conservative candidates in this election are American Jews who have moved from being social pariahs to mainstream participation, and who no longer identify with other ethnic minorities, but rather with the moneyed class of the white world. 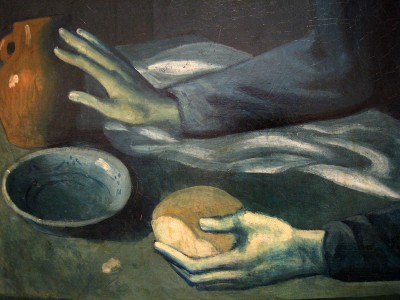 This, it seems to me, is what the public conversation about the border wall is about.  And within it,  whites are not monolithic. Practically everyone eats Mexican food now, yet, tacos in hand, many will move against allowing Spanish to be spoken in public school rooms, and will vote for the border wall.

Still, the tide of change cannot be stopped. And the tide is global, not national, and is sweeping away the borders of ethnic nationalisms and political divisions, with an intention to make all things new.

Making all things new is a fundamental promise of God, in creation and in every time of desperation.  It is a promise of Jesus in his kingdom teaching, and of the Holy Spirit in the gift of Pentecostal hospitality across barriers of language and culture.

It is this vision Bartimaeus saw in Jesus, and Jesus loved in him.  This vision, which every refugee on rubber boats and walking along train tracks in Hungary, is clinging to.  It is Godly sight, and it is the will of God that all of us recognize it in the needy of the world, who hold in their hearts and wills our mutual future, the tomorrow we cannot yet see.

October 26, 2015 Open Source
Recent Comments
6 Comments | Leave a Comment
Browse Our Archives
Related posts from The Bite in the Apple

Progressive Christian
The Fire This Time
The Bite in the Apple