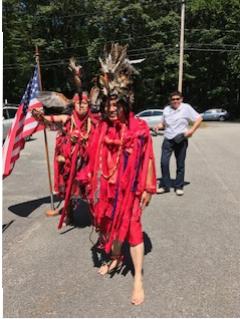 Holding on to an American Life

Saturday was Indonesian Independence Day. And a surprisingly large number of Indonesians living here in New Hampshire gathered in a small UCC church in the tiny town of Madbury to celebrate.

The parking lot was full of grills and tables bearing food. Men in traditional costumes danced the rituals of victory over the Dutch, the colonizers of long ago. The fact that these Indonesians are Christians is a vestige of Dutch rule, for most Indonesians are Moslems.

Many of these Indonesians came to the US in 2000, 2001 or 2002, years when three districts of Indonesia were terrorized by Moslem gangs who proclaimed their version of “Blood and Soil” and robbed, beat, even murdered Christians, setting their homes on fire.

Christians in these districts fled, going to Australia or coming here. They were given year-long visitors’ visas, and required to bring $8000 US with them. They sold everything to get that money.

And since then, they have been checking in with the Immigration Service regularly, working with permits to work, having children, and making their slow way through the complex asylum process.

The US wants to wait to see what will happen in the homeland. But if someone needs medical care, there are special visas for that, and many do, including some of the children who were born here.

There really is not much reason to think they came here for better economic lives, as most of them had better jobs back home. Even though many have college degrees and all have hs diplomas, here they work at menial factory jobs for minimum wage.

But the Trump administration and the Justice Department under Secretary Sessions, want them gone.  So far, 69 of them have been told to leave the country by October 1.

So their celebration of Independence was filled with mourning, as they sought a way out of deportation.

A woman with an autistic child spoke about her fear of returning to Indonesia where there are no programs to help him.

A man spoke about the anger and fear in his high school and middle school age children, who don’t want to lose their friends here and don’t speak Indonesian.

A man of Chinese and Indonesian descent talked about being threatened in Indonesia because of his Chinese heritage as well as his Christian religion.

Senator Maggie Hassan wrote a letter to this gathering, and in it she talked about New Hampshire and America being strengthened and reinvigorated by waves of immigrants. She lamented the deportations of people who have fled religious persecution. And she thanked them, these Indonesians, for the families they are  raising here, and the taxes they have paid and the work they have done.

And I was moved by how much this letter meant to them. They copied it and passed it out to everyone, and then later, when the local State Senator, David Waters, spoke to them, comparing them to Shadrach, Meshach and Abednego in the fiery furnance, they asked him to read Senator Hassan’s letter out loud.

And I thought about the gospel reading for this week, how Jesus asked the crowds who the Son of Man was,  and they said Elijah or Jeremiah or one of the other prophets. Prophets, after all, speak the truth about suffering and freedom.

Then Jesus asked Peter, Who do you say I am? And Peter answered, You are the Messiah, the son of the living God. And Jesus congratulated him and said he was giving him the keys to the kingdom.

And we tend to think this means Peter was the one with the right answer. But really, the brilliance of Jesus was to make these eternal questions.

Our traditions differ in what to call Jesus, in what Messiah means, and in the freedom Jesus gives us to answer these questions for ourselves.

And we also stammer out answers to the unspoken question, what is the kingdom of God?  And all of us have to acknowledge that really, we don’t know, except for this: it is a place of freedom.

That is what the prophets all pointed to: freedom. Freedom from oppression, from wickedness, from foreign domination. Freedom to sing the songs of Zion without tears. Freedom to hope in the future, our own, our childrens’.

In the tears of the Indonesians in Madbury there is a strong hope that somehow, Jesus, whom they worship in an array of different churches, will help them find freedom. And in their long years of silence, of keeping their heads down and never breaking the speed limit and living squeaky clean so the INS will let them stay, they have stayed their fears by faith. Even today, the speakers do not want their pictures taken or their names used, for fear of deportation.

Their churches will miss them sorely. Their children will ache to come back to the US, their home.

Somehow we don’t get it, how deep their fear is that brought them here. But to my knowledge no one has said that Jews should go back to Germany because the terror is over now. It would be unthinkable to ask them to live in the shadows of their tortured past.

So why is it thinkable to insist that Indonesians go back now? 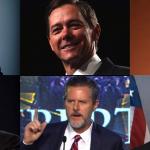 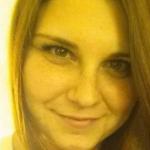 August 24, 2017 Land and Flag – Blood and Soil
Recent Comments
0 | Leave a Comment
Browse Our Archives
Related posts from The Bite in the Apple