What Do You Think the Messiah Should Be Doing?

What Do You Think the Messiah Should Be Doing? April 9, 2016 Nancy Rockwell 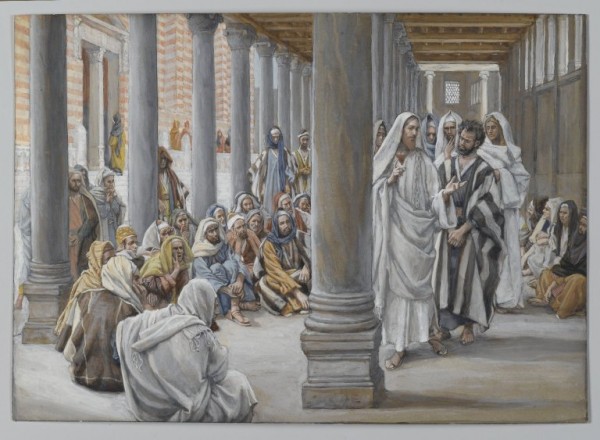 When Jesus walked around Jerusalem, the Great Temple was still standing in its full seven-story glory.  The ancient, first temple, that Solomon built had been destroyed by the Babylonians in their conquest. Remnants of it remained, and were part of the campus of the Great Temple: The Tower of Siloam. The Portico of Solomon.

And some made it a point to worship in these remnants, rather than in the Great Temple itself, because of their intense dislike of the Herod dynasty, which had been placed in power by Caesar about fifty years before. The Great Temple priesthood worked hand in glove with the Herods, serving their interests with prayers, public honor, and by turning a blind eye to their greed and corruption.

The worst Temple offense, to the devout, was that the priesthood allowed the reigning Herod to draw heavily on the Temple bank, money that was supposed to be for the poor and needy. (This was roughly the equivalent of Congress allowing Ronald Reagan to use the Social Security Reserves for military spending.)

All this is an unspoken part of the conversation John retells, between Jesus and the Pharisees, in the Portico of Solomon, a remnant of Solomon’s ancient temple, which, in the minds of the people, held the Messianic tradition with open pride.

There is an agenda for the Jewish Messiah, and everyone knows it: the Messiah will become king and:  rule with justice for the poor and weak, restore right worship (since the Romans pulled down the Great Temple in 70AD, this has become rebuilding the temple), and build peace with all Israel’s neighbors.

Why is Jesus in the Portico of Solomon? The place cloaks him with its majesty and its Messianism.

Yet his answer confounds them. He knows they mean, by their question, mighty doing, Messiah-deeds of power and light. But he answers only about being. About being beloved. About enfolding those who love him in the pure light and life of belovedness. About those who love him being beyond confusion about who he is. About his complete unity with God.

He has spoken often, and in many places, about justice for the poor, true relationship with God, and peace for all. Yet the power of the unjust, the corrupt, and the violent remains unaltered. Is Jesus the Messiah?

Those who ask are longing for a sea change in the order of the world they know. An Apcalyptic battle and Victory. Not for the presence of God in a world going along as it always has. Not for a reign without a sword. Not for embracing Rome as a friendly nation. The redemption of Rome is not on the Messiah’s to-do list, according to the prophets.

And what of us? Will we accept, in our struggle with ISIS, a victory that is not decisive? Will this fulfill our longing for a just world? Will we offer prayers of honor for God’s eternal love and for eternal life within that, when the world we live in is still violently unjust?  Is Jesus Messiah enough for us, in his oneness with God? Or do we still believe we are kept free and made safe by great generals and vast armies?

Is the Messiah accountable to our human expectations? To the agenda of the ancestors?  To expectations of an End Time? To the prayers of the suffering and the frightened?

Aren’t these paramount questions in the 2016 election? In both parties, isn’t there a war of words being fought over these questions?

Yet, the strongmen who have assumed the thrones of the world have turned into evil men, over and over. From Hitler to Batista, from Mussolini to Papa Doc Duvalier, the poor have languished under their cruelty, and they have extinguished the fires of faith in many places. Does this still remain the image of the Messiah for whom we pray? 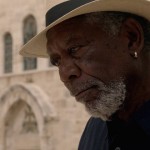 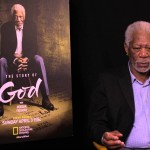