Why Do Christians Leave the Faith? Breaking-up with a God Who Failed Them

Why Do Christians Leave the Faith? Breaking-up with a God Who Failed Them November 22, 2011 Bradley Wright

Part 2 in a series on deconversion.

In a study of religious deconversion, we analyzed 50 on-line testimonies posted by former Christians, and in these testimonies we found four general explanations for deconversion. The first explanation, which I wrote about last week, regarded intellectual and theological concerns about the Christian faith. The second, which I elaborate here, regards a failed relationship with God. Almost half (22 of 50) of the writers expressed sentiments that in some way God had failed them by His not doing what they thought He should.

God’s perceived failure took various forms, most of which fall under the general heading of “unanswered prayers.”

One way that people felt that God had failed them happened when He did not respond to requests for help during difficult times. A young man raised in a Baptist church epitomized this feeling of failure when he wrote about God not answering his prayers about family difficulties. He wrote: “The first time I questioned the faith was when my grandmother shriveled up in front of me for 6 month’s due to cancer. I was 13 & my mother & father [were] getting a divorce. My father told me I should have been aborted. I prayed to God but nothing fails like prayers.”

Likewise, a woman raised in a Methodist household described her step-father as “cruel and abusive” to her, and she could not understand why “if God loves me, why won’t he protect me instead of letting this happen to me?”

In a variation of this theme, some deconverts lamented God’s inactivity amidst spiritual
difficulties. A man in his forties, a former elder at a charismatic church, wrote: “In my own life, no matter how much I submitted to ‘God’ and prayed in faith, ‘sin’ never seemed to leave me. Well, what’s the point of being ‘saved’ if you aren’t delivered from ‘sin’?”

A former Southern Baptist described the various good things that God failed to give him: “God promises me a lot in the bible and he’s not come through. Ask and it shall be given. Follow me and I will bless you. I promise you life and promise abundance. Man should not be alone. I have a plan for you. Give tithe and I will reward you. All broken promises. This god lacks clarification. This god lacks faith in me. He wants my faith. I want his too.”

Other writers took a different approach to God’s failures. They too sought God’s help,
but when they did not receive it, they simply concluded that God did not exist. A former member of an Assemblies of God church explicitly linked unanswered prayers and the existence of God: “How many humble and totally selfless prayers offered up to and ignored by the imaginary skydaddy does it take for the average person to finally throw in the towel and say [God doesn’t exist]!!!!” His answer: “Too damn many.”

Still others sought a tangible sign of God’s presence. A former Pentecostal exclaimed: “There were many nights while in bed I would ask God to show me the truth, or give me some type of sign to show that he or she existed. These prayers would never be answered. So I would just go on with my life having doubts.” Likewise, a former Baptist missionary wrote: “I’ve begged God to show himself to me and put an end to my inner torture. So far it hasn’t happened and the only thing I know for sure is that I have unanswered questions.”

I am struck by how much these accounts resonate with sociological theories of human relationships, especially those coming from social exchange theory. This theory describes humans as judging the value of relationships in terms of costs and benefits. One variation of social exchange theory, termed equity theory, holds that people are satisfied with their relationships when they get the rewards that they feel are proportional to the costs that they bear. An inequitable is unstable, and it usually occurs because a person thinks they receive too little for how much they give. 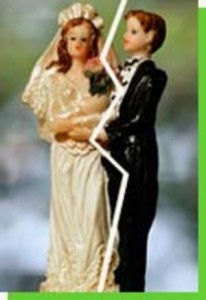 Many of the testimonies given by former Christians described a broken relationship with God as one might talk about a marital divorce. They are emotional, even bitter at times. They contain the language of inequality. The writers did so much for God – praying, attending church, following God – but God did not do enough in return.

Some of the writers were quite explicit about this inequality. A former Roman Catholic lamented God’s inaction during the writer’s teenage years. “I prayed and prayed and things never got better . . . in fact they got worse. So I was like fine . . . this . . . if god can turn his back on me . . . I can do the same [i.e., turn his back on God].”

Based on this explanation for deconversion, Christians pastors and other leaders would do well to teach periodically on how to handle disappointment with God. In particular,
• Why does God sometimes not answer prayer?
• What we can and cannot expect from God?

We noticed that much of the frustration vented toward God in these testimonials regarded events that occurred in childhood and adolescence. This suggests that addressing issues of disappointment with God is particularly important to do with young people.

Part 3: The Problem of Responding Badly to Doubt

November 23, 2011 Haitian Catholics and Gratitude
Recent Comments
103 Comments | Leave a Comment
Browse Our Archives
get the latest from
Evangelical
Sign up for our newsletter
POPULAR AT PATHEOS Evangelical
1

How the Loss of Family &...
Cranach
Related posts from Black, White and Gray