Why Do Christians Leave the Faith? The Fundamental Importance of Apologetics

Part 1 in a series on deconversion.

Several colleagues and I recently finished a study of why Christians leave the faith, and we were surprised at what made a difference as well what didn’t seem to matter. In the next few weeks, I’ll be reviewing our findings in a series of posts.

To start with, let me tell you how we conducted our study. We were interested in how people who left the faith—let’s call them deconverts—explained their actions; i.e., why did they think they left the faith. In order to do this, we found a website on-line in which former Christians post their “testimonials” about their religious history. We chose 50 of these testimonials and read, reread, and reread again each one and then we discussed them as a group. Our goal was to find themes in these deconversion narratives, and several themes did emerge.  From a methodological approach, in-depth studies of convenience samples, such as this, work well for generating explanations of a phenomenon, but they are not well-suited for testing them.  (I.e., low external validity).

Before going any further, however, let me point out different ways this type of work can be done. We examined what people said about their experience, pretty much taking it at face value that they were describing how they experienced their departure from Christianity. Another approach would be to deconstruct what they said, and not think about the content of their testimonials but rather to explore why they might have given the testimonial the way that they did. E.g., what was their underlying motive? Yet another approach would be to collect more data about deconverts and look for more “objective” correlates of leaving Christianity. This approach might look at age, educational experiences, life events, and so forth—seeking correlations with deconversion.

Each of these approaches has its strengths and weaknesses, and ultimately we need all of them to understand deconversion fully. As you read these posts, just keep in mind that we’re examining peoples’ own understanding of their experiences, which may be influenced by where they are placed in society as well as a desire to present themselves positively to the other members of the website. So, on to the data.

All told, we found four general explanations offered by these 50 people as to why they left Christianity.

The first explanation regards intellectual and theological concerns about the faith. A full two-thirds of the testimony writers emphasized these concerns and some wrote about little else.

Some of the intellectual concerns were issues that would be faced by members of any religion, not just Christianity. For example, what is the relationship between religion and science? Does believing in one negate the other? What is the role of logic versus faith?

One man, who was a fundamentalist Christian in young adulthood, defined faith and reason as mutually contradictory, and he described his departure from Christianity as a victory of reason. He wrote: “for most of us, the battle was entirely within ourselves. It was a pitched battle between our faith and our reason, and eventually our reason just refused to be suppressed any longer, no matter what the potential consequences.”

Many other writers, though, focused on theological issues specific to Christianity. One of the issues that arose with the existence of hell and how that could be reconciled with the Christian image of a loving God. Basically, how could a loving God throw his children into hell for eternity? 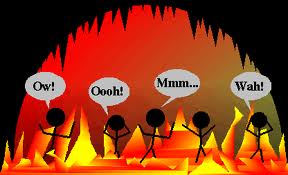 A man raised as a Baptist expressed what he viewed as a contradiction between love and hell: “Would a loving father really not allow some people to have a chance and send them to hell for eternity? I don’t think so!”

One woman, who loved her grandparents, now deceased, wondered how God could condemn them for not having believed in Him. She exclaimed: “what the hell kind of jerk was God if he’d condemn people like my grandparents?”

A related theological issue regarded human suffering here on Earth. If God is powerful and loving, why is there suffering? One writer likened God’s allowance of suffering to a negligent police officer. ““What if a police officer sat and watched silently as a child was murdered even though he had the power to stop it?” 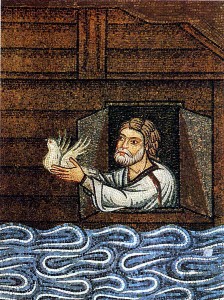 Other writers attributed to God a more active role in human suffering, often pointing to His actions in the Old Testament. A former Methodist wrote of his doubts about God starting early in his life when he learned about Noah’s Ark. “The turning argument for me was actually a story that is in children’s Sunday school books – Noah’s Ark. I started to really think about the fact that God pretty much killed the ENTIRE planet.” Similarly, a former Pentecostal described God’s actions in the Old Testament as “atrocity after atrocity.”

The final frequently-expressed concern regarded the Bible and its reliability. Is it accurate? Is it believable? A former Catholic dismissed the Bible altogether. She wrote: “Science has all but proven that the Old Testament could not have happened. It is also fast proving that the New Testament is nothing but fiction.”

In reading through these testimonies, and understanding how many of the former Christians linked their departure from the faith to these intellectual and theological concerns, I started wondering if the Church has an incomplete appreciation of the role of apologetics. Typically, the defending of Christianity encompassed by apologetics is aimed at non-Christians, helping them to understand the faith as removing their objections to it. I accept that, but perhaps an even more useful role is with existing Christians, helping them to think through these issues from a Christian perspective.

There are defensible, and even persuasive, answers to each of the concerns raised above, and maybe pastors, writers, and other Christian leaders should review them on a more regular basis with their listeners. Maybe Christian pastors should regularly schedule sermons on:

• The relationship between faith and science
• Why is there a hell?
• Why does God allow human suffering?
• Is the Bible reliable?

Turning to deconstructionism for a moment, I realize that some of the writers might have turned to theological issues as a way of “rationally” explaining their leaving the faith, when in fact, maybe there were more person, idiosyncratic reasons. Even if that’s the case, that people sometimes hide their real issues behind theological questions, addressing these questions would help people to see beyond them and address underlying issues.

For many writers, however, I think that these cognitive issues swayed them from the faith. We live in a highly-educated, rational society, and so these issues are defined as very important.

Part 2: Breaking Up with a God Who Failed Them 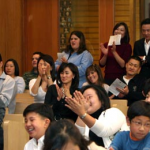