A New Age for the Catholic Church in Cuba? From Survival to Planting Seeds

A New Age for the Catholic Church in Cuba? From Survival to Planting Seeds April 18, 2012 Margarita A. Mooney 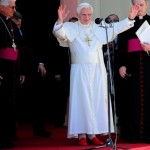 Part 3 in a series.﻿﻿﻿﻿﻿ Click here for my podcast interview on Pope Benedict XVI’s visit to Cuba, hosted by Research on Religion.

In recent two posts, I wrote about Pope Benedict XVI’s visit to Cuba in March 2012. Now that a few weeks have passed, I reflected on the question: does this visit represent a new opening for the Catholic Church in Cuba?

Before answering that question, I will briefly summarize the history of the Catholic Church since the Cuban Revolution. The first 20 years after the Cuban Revolution of 1959 can be described as time of survival for the Catholic Church. With many of its clergy and religious expelled from Cuba,, the remainder harassed or sent to forced labor camps for “rehabilitation” into the new, communist society.

According to Margaret Crahan’s essay on Cuba in the book entitled Religious Freedom and the New Evangelization in Latin America (Paul Sigmund, editor), in 1960, Crahan states that there were approximately 723 priests in Cuba, by 1965 there were only 220. The number of female religious declined even more precipitously from 2225 in 1960 to 193 in 1965. Beyond the loss of its clergy and women religious, Catholic schools were all closed, the church’s buildings and property were nationalized.

That the Cuban Constitution officially made Cuba an athiest state and prohibited anyone who attended church from belonging to the Communist Party. Being barred from the party mean not being able to study or work. Given those penalties plus the decimation of church leaders and lands, religious practice in Cuba plumetted and those who did not abandon the faith went underground.

In the early 1980s, the Catholic Church in Cuban began to seek a re-birth. Following a five-year period of reflection at the parish and diocesan level, the clergy, religious and lay leaders of the church in Cuba came together in 1986 for the National Cuban Ecclesial Encounter, know by its acronym in Spanish, ENAC.

The final document of ENAC proclaimed:

“With an eye inspired by the faith, we have contemplated our past, reflected on our present, and eagerly projected ourselves into the future, leading us to discover the kind of church we want to be:

A Missionary Church: That hears the voice of her Master… who sends His church out to preach to all…confident that ‘the Spirit blows where he wills.’ We achieve this mission with a renewed and audacious way of being present among men and of undertaking pastoral work.

A Prayerful Church: Open to respond to the free and liberating action of the Spirit, whose prayer touches the profound knowledge of her poverty, of her need of God…. that has God as the only absolute one and who encounters through profound contact with the Word of the Lord the force and unity and the fire of his love.

An Incarnate Church: That shares with her people their struggles and the achievements, their anguishes and the joys. A poor church, stripped of power, longing to serve, who puts her trust in the renewing action of the spirit.”

Pursuing these objectives remained elusive due to the regime’s policies. With the fall of the Soviet Union in 1991, however, the Cuban government began to open a bit to the world. Perhaps to improve their international standing by responding to critiques of the lack of religious freedom in Cuba, in 1991, the Cuban government eliminated the prohibition on believers becoming members of the Communist Party, and in 1992, the constitution changed to make Cuba a secular, but no longer atheist, state (Crahan 1999).

Another symbol of Cuba’s opening to the world was the 1998 visit to Cuba of Pope John Paul II (pictured here with the patron virgin of Cuba, Our Lady of Charity). As many friends in Cuba told me, after decades of government-controlled media and little access to the outside world, people flocked to see Pope John Paul II just because they wanted to hear something different. Pope John Paul II’s visit undoubtedly brought many seekers into the Catholic Church. Of the young, faithful Catholics I know in Cuba, only one was raised Catholic. The others had grandparents who were Catholic, but their parents never practiced because of the penalties. Curious to learn about religious ritual, faith, and as one person told me, what it really means to be free.

Despite the renewed interest in religion sparked by John Paul II’s visit, many of the seekers who came to the Catholic Church didn’t stay. Why? One Catholic in Cuba described how the “anthropological damage” done to Cubans through 50 years of communism, or what the 2006 Cuban Conference of Catholic Bishops pastoral plan describes as a “context marked by a reductive anthropological model,” makes it hard for people to live the coherence, truth and openness of the Christian faith?

Why? In my next post, I return to Rodrigo, who I wrote about previously, to explain how communism has damaged human beings and human relations in Cuba. Answering that question helps understand the challenges facing the Catholic Church in Cuba as in seeks to expand its evangelization and social missions following Pope Benedict XVI’s March 2012 visit.

April 17, 2012
Blacks, Gospel Music, and the Pursuit of Diversity in the American Church
Next Post

April 19, 2012 The Changing Understanding of Evangelical Conversion
Recent Comments
2 Comments | Leave a Comment
Browse Our Archives
get the latest from
Evangelical
Sign up for our newsletter
POPULAR AT PATHEOS Evangelical
1

Are COVID-19 vaccines made from aborted...
Adrian Warnock
Related posts from Black, White and Gray