The context of religion

I had the privilege to s 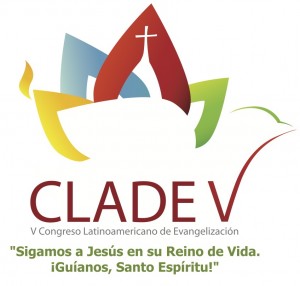 pend the last week at the 5th Latin American Conference on Evangelization (CLADE V in Spanish), sponsored by the Latin American Theological Fraternity (FTL). FTL is well known for its emphasis on integral mission, a Protestant response to many of the social, political, and economic problems occuring in Latin America during the 1960s and 70s.

Sociologists would classify most of the people at the event as conservative or evangelical Protestants.  The average participant reads the Bible regularly and takes a high view of its authority; she believes in  the power of the Holy Spirit to work in the world.  The group prioritizes the need to share ones faith and live the Gospel. Relationships are of central importance, both regarding one’s relation to God and neighbor.  Among the denominations represented were the Evangelical Free Church, Mennonites, Presbyterians, Anglicans, Assemblies of God, Christian Missionary Alliance, Baptists, the Christian Reformed Church and independent Pentecostals.

As studies of religion and political life reveal, theology often seems to matter inconsistently (or very little) when it comes to political and economic issues for the average person of faith.  Within the United States, for example, Kenneth Wald and Allison Calhoun-Brown (in Religion and Politics in the United States) show that socio-economic status (and history) are much more important that the theological beliefs of a group in predicting their political views on economic issues. In the United States, due in part to the upward mobility of this group, white evangelicals have tended to be more politically conservative regarding the economy (think of issues such as welfare or taxation policy). Yet among Black Protestants (also theologically conservative) and evangelicals across the Global South, this same connection is not present.  Increasingly, scholars are also separating Hispanic Catholics from other Catholics, as faith seems to matter in different ways for these different groups as well.

While social science data often seems to support the idea that theology and religious beliefs do not matter in any consistent ways when it comes to views of the economy, we should remember this does not mean theology is not important for the ways people engage and think about economic life.  As Hart found in the mid 1990s in his study of Christians in the United States (What Does the Lord Require? How American Christians Think About Economic Justice), people use their faith to develop ideas about economic life; yet people pull from different religious ideas, and those who worship together may arrive at contradictory conclusions. While many in the United States would still say theology doesn’t matter much when it comes to their economic views, for others, religious ideas are very important.

Sitting in a room with my Latin American sisters and brothers, I saw the social sciences played an important role, and I doubt few would have been surprised by any of the statements listed above.  However, they take such ideas a step further, arguing that theology itself is contextual.  So the issue may be less that one’s economic position takes precedence over one’s view of scripture in predicting certain political views, and more that economics has the power to deeply shape ones view of scripture and theology.

Many of the arguments I heard last week were uncontested, yet they were not ones you would hear at the typical megachurch in the United States. Access to water should not be bought and sold. No person is illegal. The high level of consumption many of us have is not a good use of the earth´s resources.  When abuse or exploitation happens, real justice demands responsibility for one´s actions.  These views are deeply theological, flowing from beliefs of most participants in the global South: that the image of God is in every person, that the Holy Spirit brings life where there is death, that solidarity with our sisters and brothers is a demand of the gospel, and that obedience to Christ is about a covenant with God and those around us.

Recognizing that context matters as it does should cause all people of faith to re-examine their own theologies and religious beliefs. Evangelicals of various political stripes in Latin America tend to see destruction caused by US mining efforts or manufacturing of weapons. Christians in the United States must at least seriously consider these claims (and our responsibility).  As I find in my own research, among Christians in the US who share some of these concerns, it is often those with connections with Christians abroad. That is, although their context is that of the global North, their perspective is shaped by those outside such a context. This seems to resonate with what Christian Smith and Michael Emerson (Divided by Faith: Evangelical Religion and the Problem of Race in America) found over a decade ago when studying white evangelicals. It was those who were in networks with black Americans that were more likely to see systematic injustice– in this case, to recognize racism and discrimination as significant problems.

In an age of globalization, we have more chances than before to be a part of global networks, with those in different positions in the international system. How might we—here, I specifically mean people of faith within the United States—allow ourselves to think more critically about our own context and how it shapes our theology?  How might we think about issues like economic globalization (which tend to benefit many of us in the middle or upper class of the United States) as deeply theological ones? These are issues of life and death, as my brothers and sisters consistently confirmed last week. As people of faith, we can not afford to ignore the context of our own theologies. 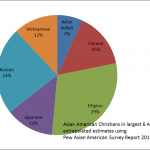 July 20, 2012 Building a Better Asian American Survey
Recent Comments
2 Comments | Leave a Comment
Browse Our Archives
get the latest from
Evangelical
Sign up for our newsletter
POPULAR AT PATHEOS Evangelical
1

Christianity and Greco-Roman Moral Discourse
Here is a guest post by Max Lee (North Park University) about...
view all Evangelical blogs
What Are Your Thoughts?leave a comment
Copyright 2008-2020, Patheos. All rights reserved.