In short, Intervarsity has placed staff and considerable resources toward developing Asian American evangelical spirituality. This has been part of their larger strategy to engage issues of racial and ethnic identity awareness in their ministry by developing multiethnic and monoethnic subgroups. This strategy reveals the complex reality of conveying a universal faith to the cultural particularities of a diverse audience. But in a provocative essay by Paul Matsushima (and reposted on racialicious – a blog site on race issues), providing resources aimed at cultivating ethnic identity awareness may not be enough, and its current efforts might be falling on deaf ears. He argues that Asian American evangelicals by and large are influenced by three social scripts: colorblindness (the view that differential social treatment of groups based on race has no bearing on life outcomes), individualism (life outcomes are strictly the result of personal effort alone), and middle-class identity (those who achieve middle class status are morally superior to those who remain in the working and lower classes). In each of these scripts, Matsushima provides examples of how evangelicalism justifies them through spiritualizing these beliefs. The poor are poor because of their immorality, not as a result of structural barriers, especially racialized structural barriers. Spiritualizing a script for American middle-class mobility has important consequences then for second-generation Asian American evangelicals. It would be one thing if the evangelical script had a balanced perspective that not only accounts for personal effort but also the contexts that limit opportunity for some but not for others. Sociologists Michael Emerson and Christian Smith noted over a decade ago however, that this combination of beliefs creates a firm anti-structural frame of thinking of which African American Christians are perhaps the most immune.

This brings us back to Intervarsity and other parachurch groups. It’s clear that racial difference is on their radar, and they have made efforts to address racial difference through groups aimed at celebrating and understanding difference in multiethnic and monoethnic settings. But to what extent are these settings unintentionally reinforcing the same anti-structuralism that is pervasive in American evangelicalism as Matsushima and others ask? If they offer alternative scripts, is it a viable consideration for second-generation participants in these groups? I wonder whether Asian American evangelicals are aware of the particular advantages that many of them have from being born into highly educated families, or families that sacrificed a great deal to provide even better educational opportunities through entry into predominantly white neighborhoods and schools. How many of them have considered the possibility that they and their families were viewed as an acceptable minority in contradistinction from those other minorities who were denied the same opportunities. If they are aware of these advantages, I wonder if the response is very often an individualized one: give back to one’s parents through a successful high-paying prestigious career. In other words, I wonder whether many second-generation Asian American evangelicals (and other Asian Americans in this same social position) grow aware that their advantages result (in part) from colorblindness and anti-structuralism, and yet resolve it through a colorblind and anti-structural solution (e.g. avoiding social justice, focusing only on career).

December 27, 2012
Should Parents Force Their Children to Attend Church?
Next Post 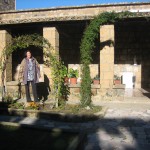