Day of Prayer and Fasting for Peace: February 23rd 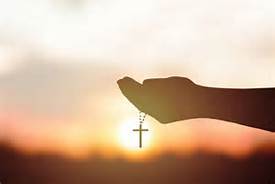 Pope Francis has called for February 23, 2018, to be an international day of prayer and fasting for peace, in particular for the populations of the Democratic Republic of the Congo (DRC) and South Sudan.

The Holy Father urged participation by the members of other religions to join in the initiative, in the forms they consider most suitable.

“Facing the tragic continuation of conflicts in different parts of the world, I invite all the faithful to a special day of prayer and fasting for peace Feb. 23, the Friday of the first week of Lent,” the Pope said Feb. 4.

“Our heavenly Father always listens to his children who cry out to him in pain and anguish,” he said, and made a “heartfelt appeal” for each one of us to “hear this cry and, each one according to their own conscience, before God, ask ourselves: ‘What can I do to make peace?’”

While prayer is always an effective resolution, more can be done, Francis said, explaining that each person “can concretely say no to violence to the extent that it depends on him or herself. Because victories obtained with violence are false victories, while working for peace does good for all!”

The Pope has repeatedly expressed his concerns about the volatile situation in the DRC.  In his general audience of Jan. 24th, he said,  “I renew my call for all people to commit themselves to avoiding all forms of violence.”

In a special November 23rd prayer vigil, the Pope offered prayers for South Sudan and the DRC  in the Vatican Basilica. During that special prayer service, the Holy Father announced that he would send a concrete contribution via the Dicastery for Promoting Integral Human Development, to assist the populations in this emergency phase, which has already resulted in more than 3,400 deaths and extensive material damage. 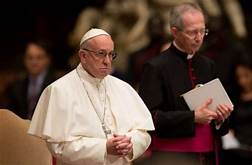 The Pope’s plans to visit South Sudan and the Democratic Republic of the Congo last year along with Anglican Primate Archibshop Joseph Welby were thwarted by ongoing conflict.  Pope Francis organized the prayer vigil in order to pray for an end to war in the two countries and to ask for comfort for victims of the violence.

South Sudan has been in the middle of a brutal civil war for the past three-and-a-half years, which has divided the young country between those loyal to its President Salva Kiir and those loyal to former vice president Reik Machar. The conflict has also bred various divisions of militia and opposition groups.

Since the beginning of the war, 4 million people have fled the violence-stricken country looking for peace, food and work. In August 2017 Uganda received the one-millionth South Sudanese refugee, highlighting the urgency of the crisis as the world’s fastest growing refugee epidemic.

Many internally displaced persons (IDPs) have sought refuge in churches for protection from violence. Most IDPs are typically women, children and those who have lost their families in the war.

Some are too fearful to stay in their homes because they know they could be killed, tortured, raped or even forced to fight. And despite successful partnerships between the local Church, aid agencies and the government, refugees in many areas still need a proper supply of food.

In the past year alone, more than 3,300 people have been killed in the Democratic Republic of the Congo’s Kasai region. The death toll includes civilians caught in the crossfire of a brutal fight between the Congolese army and an opposing militia group.

According to the Guardian, violence in the east of the country in recent weeks has increased to the extent that last week alone some 7,000 people fled to neighboring Burundi and another 1,200 into Tanzania.  Violence has now spread to areas that were stable until recently.  In the past six months alone, the number of people experiencing extreme hunger has risen by 2 million, rising to about 7.7 million people, which is roughly 10% of the population.

photo two: The Pope offered a prayer vigil for peace in the Sudan and the Congo on Nov. 23rd. 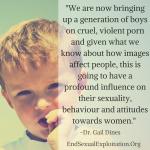 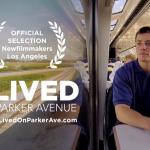 February 21, 2018 Adopted Boy Who Was Almost Aborted Meets His Birth Parents: I Lived on Parker Avenue
Recent Comments
0 | Leave a Comment
"why doesn't "god" heal amputees?"
Kyuss Newly Approved Miracle at Lourdes Declared
"As a Chicagoan who was following the scandals that were already unfolding in the archdiocese ..."
DrJ Lessons Learned from False Allegations Against ..."
"Moronic twat."
blueyarrow Fathers Regret Aborting Their Children
"Sounds like some of the worst losers ever."
Kyuss Meet the Heroes Who Defend Life ..."
Browse Our Archives
get the latest from
Catholic
Sign up for our newsletter
POPULAR AT PATHEOS Catholic
1