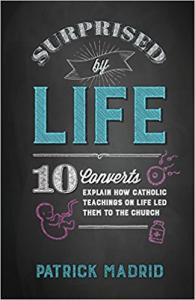 We hear plenty about how the Church’s stance on the sanctity of life from the moment of conception is a turn off to so many folks today (often, without having fulling understood it).  But there are plenty of people for whom that truth was a compelling reason to become Catholic.  A new book details their conversions.

These heartfelt testimonies are not so much scriptural or doctrinal apologetics, but real life testimonies, and that’s what’s made them so popular  The often chaotic and painful journeys that these converts share are at times funny and entertaining, but also heartbreaking and sometimes catastrophic.  Childhood sexual abuse, a teenage abortion, drug addiction and prostitution for money, each of these conversion stories is about being lost and broken,  seeking God’s love and mercy.  Many of us have experienced some of these dramas and traumas in our own lives or in those we love.   Most of them could never have imagined their conversion years earlier, yet here they are today proudly sharing the movement of God in their journeys.

Here are excerpts from four of these fascinating stories, from hitting rock bottom to accepting truth and forgiveness in turning to God.

For Letitia, a difficult past included years of sexual abuse by her mother’s boyfriend.  That deep woundedness would lead her to promiscuity, drinking, divorce, and a hardened heart. But through it all she had the constant prayer and example of faith in her aunt and uncle. She finally realized the love she’d been seeking all her life was in Christ, and entered the RCIA program.  “I went to Confession and confessed to having sex outside of marriage and other things. I was sure the priest was going to tell me that I was not meant to be Catholic and I should try a different faith. That’s not what happened. I received so much mercy, kindness, and love from that confessor — just as I had from everyone during my RCIA process, even though I was always so sure that they were going to kick me out at any moment . . . but that moment never came.”  Letitia is now a practicing Catholic, grateful for the love and mercy shown her by God and His church.  “This is what the Catholic Faith looks like when it is lived out. When other people see us, they notice something different about us and about where we seek our strength. They see that we know Someone they don’t and that it isn’t just talk, but that we are living out what we say we believe.”

As a teenager in the 80’s  Leila Miller found herself handed birth control pills by Planned Parenthood.  “I have no recollection of being informed of the myriad risks of being on hormonal birth control: everything from mood swings, depression, and weight gain to death, due to a stroke or blood clots. I’m certain I was never told that the pill works by tricking the body into thinking it is continually, endlessly pregnant, and that sometimes, if a child is conceived while his mother is on the pill, the drug works as an abortifacient, sweeping away the new baby before the mother even knows she is pregnant.”  Leila realized she had little chance of marrying her boyfriend when she realized he was cheating on her.  She sought out a Catholic college in hopes of finding a Catholic husband, with no thought of conversion on her mind.

“In Fr. Ryan’s class, I heard for the first time in my life the reasons the Church is opposed to contraception. He taught about the two intrinsic aspects of sex, the unitive (bonding) and the procreative (babies), and how artificially separating the two, or accepting one and discarding the other, leads to untold social, physical, and spiritual crises. I loved the theology he explained, but the argument that really spoke to me was the natural law argument — the idea that everything should be understood and used according to its nature. If a thing is used according to its nature or design, there will be flourishing and right order. If a thing is used against its nature and design, there will be decline and disorder.

No one had ever told me or my peers any of this. I felt cheated. The good priest even laid out the symbiotic connection between contraception and abortion, which I had never considered before. Everything he said made sense to me. It was all logical, reasonable, clear.”

“Fr. Ryan explained for me the section of life’s puzzle that represented human sexuality. It would be instrumental years later, when I was turning back to God’s grace and finally seeking His will above my own. My intellect was in good working order, but my will was still way out of whack. I was stubborn and lazy, and I needed the whole picture to be revealed before my heart would be moved to act on what good Fr. Ryan taught.”   A few years later, married and with three children, Leila felt something missing and was considering an evangelical church.  “My mother (a Catholic convert) told me, “Find out what you are leaving before you leave,” and followed up by handing me the first book on Catholic apologetics I had ever seen, Catholicism and Fundamentalism by Karl Keating.  Surprised by Truth was also instrumental in her reversion.  “The beauty and consistency of Catholic teaching left me more and more awestruck. What Fr. Ryan had taught me years before came together seamlessly with what I was learning.  Suddenly all the pieces of the puzzle fell into place. I saw the big picture — the historical, logical, biblical, and spiritual truth of Catholicism.”

AnneMarie Schreiber’s conversion story was gradual but dramatic.   An abortion at 17 left her traumatized and suicidal.  “I expected that after the abortion, my life would change for the better. Instead, where I had once been full and warm, I was now cold, empty, and raw. I missed my baby. I mourned him. It was my fault he was dead. I was guilty and would never forgive myself.  About six weeks after my abortion, I decided I was no longer worthy of life. I determined to end it.”  Fortunately she survived, but her deep shame and regret led her to working at an abortion center.  “Now I see that I was trying to obliterate my guilt; then it did not seem incongruous for me to spend my days defending unfettered “reproductive rights” and my nights sobbing about my lost baby.:   For five years she worked there, until the baby parts she saw and the nightmares she had became too much.

She still considered herself a pro-choice Lutheran, but was married now and with a child when she met two practicing Catholics in an online chat group.  “I credit these two women with planting the seeds of my eventual conversion — both to the pro-life worldview and to embracing the Catholic Faith — by inviting me to question my deeply held, yet unexamined, opinions.  They were not aggressive or condescending, but both calmly and firmly held their ground, although outnumbered by the opposition, remaining steadfast in their defense of the sanctity and dignity of the lives of the unborn, including microscopic, homeless embryos. Before I encountered their compassionate, unyielding witness, I didn’t know what the Catholic Church taught about the sanctity of human life.”

AnneMarie read about IVF. I didn’t know that for every child born as a result of IVF procedures, four or five embryos are created. These “extras” are destroyed or kept frozen until they are discarded or, more rarely, adopted. It was difficult to accept that death was the eventual fate of most of the little cold souls in the IVF clinic freezers around the world.   As I struggled to reconcile my pro-choice convictions with my growing unease with this inhumane practice, one of the members of our group announced that she’d agreed to be a gestational surrogate for a couple who were friends. Eventually she became pregnant with this couple’s child and shared stories of her experience with a support group for surrogate mothers. She told us that one woman’s surrogacy contract included a stipulation for genetic testing on the growing baby. When the results showed the baby would be born with Down syndrome, this surrogate was offered payment of her contract in full to abort.

That was it. Here, finally, was my aha! moment. This woman was paid to kill the baby she had been contractually.

Once I admitted that this abortion was wrong, it was not hard to realize that all abortion is wrong. To be intellectually honest and consistent, I could no longer remain pro-choice.  I decided to research the Catholic faith in earnest.”

January 30, 2018
Have You Heard of Our Lady of Good Success?
Next Post

February 7, 2018 February 8th: National Day of Prayer against Human Trafficking
Recent Comments
2 Comments | Leave a Comment
"why doesn't "god" heal amputees?"
Kyuss Newly Approved Miracle at Lourdes Declared
"As a Chicagoan who was following the scandals that were already unfolding in the archdiocese ..."
DrJ Lessons Learned from False Allegations Against ..."
"Moronic twat."
blueyarrow Fathers Regret Aborting Their Children
"Sounds like some of the worst losers ever."
Kyuss Meet the Heroes Who Defend Life ..."
Browse Our Archives
Related posts from Born Again Catholic 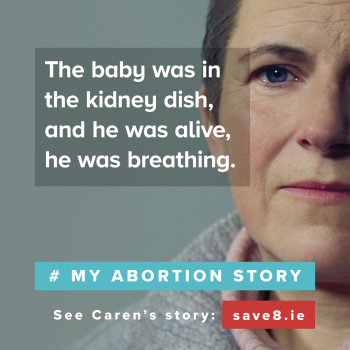 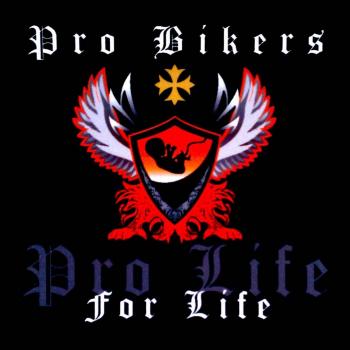