I almost fell asleep reading another tired article about how Christians borrowed their construction of Jesus from ancient mythological gods and figures, but I pounded a Red Bull and decided to write a post about it.

Those who take time to research these supposed Jesus-like figures see how ridiculous the claims are, because they often simultaneously exaggerate and oversimplify the comparisons. The video below is satirical and silly, but is actually very informative about some of the pre-Jesus figures who supposedly mirror Jesus in significant ways.

I’ll let the video cover some of the inconsistencies and flat out lies associated with this narrative, but let’s look at the most common example from the most commonly compared story–Jesus and Dionysus, which is not featured in the video–as an illustration:

“Dionysus and Jesus were both born of a virgin.” Assuming Dionysus’s mother was a virgin in the first place, that’s where the legitimate comparison ends.

By the way, the Cretans and many others had similar stories about Dionysus, but with different details (e.g., Dionysus’s mother was a goddess rather than a human; a human couple adopted him and raised him as a girl; etc.). So, to make it work, I suppose you’d have to pick which of the several stories about Dionysus actually works best to fit your comparison needs. They all have similar or more ridiculous logical pitfalls, though. Again, watch the video below for more interesting deity comparisons that are just as silly.

Even if we grant that some comparisons are true (and some are admittedly striking at times), the wholesale buy-in that comparisons create a viable apologetic against Christianity is based on several assumptions:

1. The assumption that because Jesus’s story doesn’t appear to be unique, it isn’t. This is a lesson in confirmation bias. The one seeking to discredit Christianity does not need to spend much time searching to find similarities between Jesus and mythological figures. There were hundreds of deities in Greek mythology alone, not including countless deities from other religions. Comparisons, especially exaggerated and oversimplified as they often are, can be found.

I went to a random co-worker this afternoon as a test-case and realized that we have several life details in common: we are both white males, under 30, born to young mothers, with blonde wives, who love the color blue and have the same favorite sitcom. He’s younger, so he’s the copycat. Check. Mate.

Tips for those attacking Christianity: demonstrate first that Jesus wasn’t a real person and/or deal with the actual claims of Christianity on their own terms, then come back with the assumption that modern Christians are unintelligent and that early Christians were mere copycats. You’ll find that the similarities are unimpressive. If you’d like to challenge the merit of Christian claims instead, you’ll find more ammunition.

If a man who fits my description commits a heinous crime, I’d appreciate the police first interviewing and investigating me before locking me up for being inevitably similar to someone else. Assumptions based on a vague sketch won’t get you very near to the truth.

3. The assumption that pre-Jesus stories resembling Jesus’s story are a problem in the first place. I remember having a crisis of faith in my early 20’s when I came across this narrative. It took weeks of scouring different mythical stories and texts for me to finally realize the shaky foundation beneath these claims. But another point came to mind: if Jesus really is God incarnate, and if sin has fractured the perfect worship of God, then pre-Incarnation descriptions of the metanarrative of human history (which would eventually include Jesus stepping into said history) are not surprising. If Ecclesiastes 3:11 is true, that “God has set eternity in the human heart; yet no one can fathom what God has done from beginning to end,” then it should not surprise us that his story was being told, even in loose and incorrect ways, long before he came.

Some have convincingly argued that John and other biblical writers are actually using these very myths to prove Jesus’s supremacy. And the early church, for example, had no problem using pre-Jesus mythical stories to demonstrate that Jesus is the truth myth above all others. They would even incorporate the icons of mythical figures into their art! Why? Because they weren’t afraid of the modern, post-Enlightenment problem to which we fall prey. They weren’t assuming that truth is only found in scientific method accuracy that can be explained in a Petri dish or journal article. Now I’m not saying we should all hang Dionysus up in our baptistries, but I think its significant to consider how skeptical we are today.

If even one pre-Jesus story were found to be identical to Jesus’s, it’s not a necessary debunking of Christianity. C. S. Lewis says it this way:

“Now the story of Christ is simply a true myth: a myth working on us the same way as the others, but with this tremendous difference that it really happened: and one must be content to accept it in the same way, remembering that it is God’s myth where the others are men’s myths: i.e., the Pagan stories are God expressing Himself through the minds of poets, using such images as He found there, while Christianity is God expressing Himself through what we call ‘real things.’”

Now, as I said above, enjoy the video: 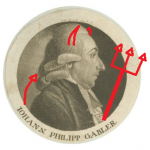 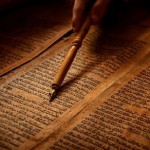 March 23, 2015 Jesus Wasn't Afraid of His Old Testament
Recent Comments
0 | Leave a Comment
"I'm lucky as well. I am studying at the Deutscherpapa online school, which helped me ..."
Анастасия Тарасенко Two Tools that Make My PhD ..."
"How is it possible to "disprove" a heresy? It is possible to use the term ..."
gary What We Know about Arius and ..."
"Thanks to heretic Owen Strachan, it seems Arianism is making quite the comeback after being ..."
Jack What We Know about Arius and ..."
"Angels; whatever they are ...are from heaven , not of earth ... anything or anyone ..."
Stephaine A. Carter Biblical Sci-Fi? Aliens, Angels, and the ..."
Browse Our Archives
Related posts from Church Grammar