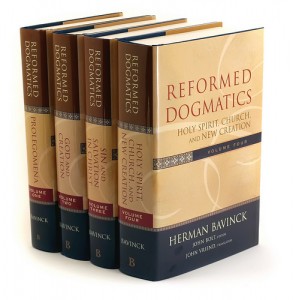 In Volume 1 of Reformed Dogmatics, Herman Bavinck lists out four ways that Jesus, the apostles, and other New Testament writers showed clear reverence for the authority of the Old Testament, particularly as a divinely-authored text. Immediately prior to this section, he also convincingly demonstrates why OT authors, prophets, etc. considered their message the words of God. Jesus and the NT writers, then, carry this view of Scripture’s authority into their own message.

(By the way, I have omitted the extensive amount of biblical references and the helpful notes on translation/hermeneutics that Bavinck includes in his book, which are worth checking out and digging into.)

1. “The formula with which the OT is cited in the NT varies, but it always shows that to the writers of the NT the OT is of divine origin and bears divine authority. … This manner of citation clearly and distinctly teaches us that to Jesus and the apostles the Scripture of the old covenant, though composed of various parts and traceable to different authors, actually formed one organic whole whose author was God himself.”

2. “Several times Jesus and the apostles also definitely affirmed and taught the divine authority of OT Scripture. Scripture is a unified whole, which can neither be broken up and destroyed as a totality or in its parts.”

3. “Jesus and the apostles never take a critical position toward the content of the OT but accept it totally and without reservation. They unconditionally accept the Scripture of the OT as true and divine in all its parts, not only in its religious-ethical pronouncements or in the passages in which God himself speaks, but also in its historical components.”

4. “Dogmatically, to Jesus and the apostles the OT is the foundation of doctrine, the source of solutions, and the end of all argument. … And, to their mind, this divine authority of Scripture extended so far that a single word, even an iota or a dot, is covered by it.”

Scripture Is Life–Every Word of It

It’s become somewhat of a trend recently in evangelical circles to claim that we need to rescue Jesus and the NT from the megalomaniac, genocidal God of the OT. That OT God can’t really be what God is like because, well, Jesus isn’t like that. (And he’s God, after all.) Evangelicals, then, need to get Jesus right before they worry about getting the Bible right. And “to understand Jesus” means, at least in part, to understand that “love your enemies” is at odds with “show them no mercy.”

Christian scholars and lay-bloggers alike are picking up this dry, stale bread in hopes of selling it to the public as a buttered loaf straight from the oven. But people know stale bread when they taste it. And they should rightly spit it out.

There is no life in an OT divorced from the NT. This oft-cited quote from Paul to Timothy is not merely a Sunday school lesson in Bible-rule-following–it’s a proclamation about the authority of the OT:

“All Scripture is God-breathed and is useful for teaching, rebuking, correcting, and training in righteousness.” 2 Tim. 3:16

This is not to say that we have to be “literalists” or “closed-minded.” The Bible isn’t immune to varying genres, turns-of-phrase, storytelling, hyperbole, round numbers, confusing statements, etc. It’s a book from its time, but it’s not a book stuck in time. It can be inerrant without being flattened. We don’t have to turn a blind eye to “problem passages” or deep questions. Our heads can stay well above the sand.

But we should, along with those considerations, take the Bible on its terms and seek answers on its terms. We too quickly want to ditch its claims in favor of the latest scientific trends, an emotional preference, or to create palatable teaching, when some of the most difficult passages (like God kicking Adam and Eve out of the Garden over a piece of fruit, or God freeing the Israelites from the Egyptians via river-drowning) inaugurate some of the most redemptive themes in Scripture.

The Old Testament According to Jesus

Christians should specifically take the OT on Jesus’s terms. After all, he claims that it’s about him on more than one occasion, and NT writers claim he embodies it.

He spoke of the OT as though it was historically trustworthy. He was comfortable suggesting that “the word of God cannot be broken,” and perhaps his most powerful and consistent indictment on opponents and doubters was, “Haven’t you read the Scriptures?”

Sure, he employed some surprising hermeneutics. He and the NT writers interpret OT passages and stories in ways that make us scratch our heads. It’s one thing to say they made weird pots out of OT clay, it’s quite another to say they were stifling or disposing of it.

We shouldn’t think that Jesus sticks the OT under a rug like a bad coffee stain. No, he sets it front and center without apology. For example, Jesus (the love-your-enemies Jesus) cites and the one-ups the OT in Matthew 10:15. First, he affirms the historicity of God’s destruction of Sodom and Gomorrah without qualification. Strike one. Second, he warned people that the coming judgment could be worse for them without apology. Strike two. Not only did he not qualify himself or apologize, and he clearly felt no need to. Strike three.

Denying, explaining away, or ignoring the OT (and by extension, the OT-NT unified whole) causes more questions than answers. Here are but a few: 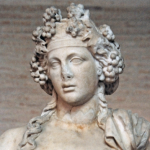 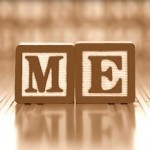 March 25, 2015 The 2 Deadly Interpretive Sins
Recent Comments
0 | Leave a Comment
Browse Our Archives
get the latest from
Evangelical
Sign up for our newsletter
POPULAR AT PATHEOS Evangelical
1

Get Ready for a "Hell of...
Cranach
Books by This Author Books by Brandon D. Smith