Strong Enough to Have Convictions (Or, Why Division Is Sometimes Necessary)

Strong Enough to Have Convictions (Or, Why Division Is Sometimes Necessary) April 8, 2015 Brandon D. Smith 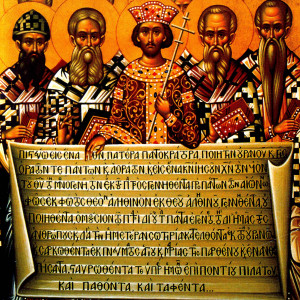 I recently came (late to the party!) across a CNN piece by Rachel Held Evans titled, “‘Strong enough to be self-critical’: In America and the church” that got me to thinking about the ongoing in-fighting in Christianity. There have been widely-read articles written about Evans “leaving” evangelicalism, Baptists going Anglican, RCA churches moving to the PCA, etc. that give us and others a glimpse into the (sometimes necessary) diversity and division within Christendom.

In her article, Evans uses the backlash against President Obama’s comments on religious history as an illustration for the way Christians tend to huddle around the status quo rather than being open to self-criticism. She writes:

The President has faced criticism in recent months for acknowledging that American history, and indeed Christian history, includes racism, violence, injustice, and oppression — particularly against minority and indigenous people — a reality some would rather sweep under the rug. Former New York City Mayor Rudy Giuliani went so far as to say the President doesn’t love America because he “apologizes” for it so often.

It is common for those invested in preserving the status quo to try and silence those working for reform by suggesting that allegiance to a country or family or faith demands total acquiescence, that you can’t love something and be critical of it at the same time.

This happens not only in politics, but also in religion.

When I write about gender inequality in Christian leadership, I’m often called “divisive.”

When my black brothers and sisters speak up about privilege and racism in the American Church, they are chastised for being “too sensitive” or “bitter.”

When artists and advocates address those injustices perpetuated in the name of Christ, both past and present, they are often scolded for not sticking up for the team, for not painting a rosier picture.

But to love something is to see it for what it is, flaws and all. To love one’s country, or one’s church, is to invest in making it better.

Evans is dead-on about one thing: Christians are, like politically-driven Americans, often divisive and unable to be self-critical. In the evangelical and Baptist circles where I run, I’m often reminded that an affront to John Calvin or the KJV Bible or a pretribulational rapture is an affront to Christ himself. It can be dangerous territory if one confronts the inconsistencies or blindness of our history, our pet doctrines, or our idolized leaders.

So, to take an example from the excerpt above, using phrases like “gender inequality” to insinuate that complementarianism teaches gender inequality–when any complementarian would vociferously defend the equality of genders–comes off as divisive, not an “investment in making it better.” Language and context matters when we dialogue in such a tense arena. That’s why Obama’s flippant religious history lesson wasn’t helpful. And that’s why this conversation is about more than promoting a belief buffet.

A tightly-held belief is sometimes a dangerous thing, but it can also be a precious thing.

And this is where Evans and her story take a left turn. Being “pro-church, pro-ecumenical” sounds great on the surface (and, frankly, I’m more broad in what I consider “orthodox” than perhaps many or most of my friends), but deeply-held theological convictions aren’t always something to be shared. People have died for these beliefs. People have sacrificed everything to defend these beliefs. One might say, “Well, if we’d all get along, there would be no need to die!” Well, yes, but… no.

These false teachers and skewed doctrines come from inside and outside the church, from those who are against Christ explicitly and those who claim Christ but do not teach the truth. The range is strikingly wide. And it all matters equally.

Now, again, I’m not in any way saying a Baptist who goes Anglican is akin to a Christian who becomes a Nicolaitan. Not at all! But what I want to say clearly is this: it’s not enough to say, “Let’s all love Jesus and get along.” That’s not how Jesus and the Bible say it works, and so that’s not how we should assume it works.

We are not called to mindless Kumbya-ism. The biblical call is to defend and fight for gospel truth. And this means, at times, division. When one stands against faulty or false teaching, they aren’t necessarily dividing the body; no, they are often preserving the unity of the body by giving a truth-antibiotic to a body-ravaging infection.

I want to reiterate that we should be able to be self-critical. Yes and amen! We must look in the mirror often, trying to shed bias and presuppositions as much as possible. We must have dialogue, being fair to one another while trying to learn from one another. We must also major on the majors and minor on the minors. A good place to start would be to set the historic creeds and confessions as a foundation so much as they do not abandon where Scripture is clear. Modern and post-modern Christians despise tradition, but the historic Christian tradition is, in a very real sense, a continuation of the metanarrative of redemption, the already/not yet inaugurated by the coming of the Kingdom in the person of Jesus Christ.

Christian tribalism is ugly and messy, wrought with sinful backbiting and mud-slinging. Convictions, on the other hand, are to be valued and fought for. After all, that’s precisely why Evans and the rest of us still identify with labels and categories, even when we wish we didn’t have to. 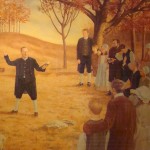 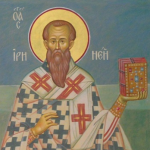 April 14, 2015 Inerrancy Is Not a New Idea, Just Ask Irenaeus
Recent Comments
0 | Leave a Comment
"Angels; whatever they are ...are from heaven , not of earth ... anything or anyone ..."
Stephaine A. Carter Biblical Sci-Fi? Aliens, Angels, and the ..."
"Thanks for this insight into John’s dig at Domition and Rome’s wannabe divines. Will you ..."
jeff q When the Book of Revelation Takes ..."
"Hello THeodore. Thank you for your comment. While I do not agree with all of ..."
walter lamphere What We Know about Arius and ..."
"Certainly no one here would equate obedience to the Lord Jesus Christ as "Legalism".................Right?"
WestWins The Sermon on the Mount and ..."
Browse Our Archives
get the latest from
Evangelical
Sign up for our newsletter
POPULAR AT PATHEOS Evangelical
1

Four Tips for Reading the Book...
Crux Sola: Formed by Scripture to Live like Christ
Books by This Author Books by Brandon D. Smith