Onward: An Interview with Russell Moore 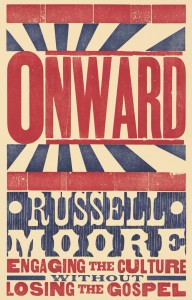 Russell Moore, President of the Ethics & Religious Liberty Commission, was gracious to answer a few questions about his new book, Onward: Engaging the Culture without Losing the Gospel.

In Onward, Moore critiques cultural Christianity, the Moral Majority, and the Christian political status quo. Our ethic is no longer the dominant ethic in America, and that’s ok. In Moore’s eyes, today’s shifting culture will require us to dig in and become the prophetic minority, which is exactly where we want to be.

After reading Dr. Moore’s book earlier this summer, I was encouraged and emboldened to take my public faith even more seriously than before. With Planned Parenthood’s atrocities, gay marriage’s legalization, and a fast-approaching presidential election, this book is needed. Buy it and read it.

Brandon: What led you to write Onward?

Russell: I started noticing that fellow Christians often struggled with how to understand and communicate Gospel truth in contentious cultural contexts. The honest truth is that political and social issues can often make Christians crazy. That led me to begin reflecting on what I was supposed to do in my own life and calling to bring the gospel to a lost culture. Every Christian has to stay on mission and on message while engaging the world with a counter-cultural gospel. Just because a Christian isn’t writing articles or on TV doesn’t mean they’re getting out of these conversations. So understanding how to stay sane and stay Christian while talking to people about very tough issues is something that’s relevant for every believer.

Brandon: What is the biggest mistake Christians make when engaging the culture?

Russell: In a way, Onward is addressed to three types of Christians. The first type is the fearful, hand-wringing, siege mentality kind of Christians who can’t communicate the gospel of the Kingdom because they’re too busy contemplating the end of the world as we know it. The second type is the Christian who uses the hostility of the culture to fuel a sense of perpetual outrage. This type feels indignant at “the other side” for “ruining” everything that was (reputedly) right with the world. The third type is the Christian who thinks that accommodating the ambient culture on certain issues will keep Jesus popular and relevant. Those are probably the biggest mistakes we see Christians making today.

Brandon: You’ve said many times recently that Christians are no longer the “Moral Majority” in America. Is this a good thing?

Russell: It’s a good thing because, as I lay out in the book, the majority was never really moral to begin with. It’s true that 20 years ago Christians could assume that the room they were talking to valued the same things they valued. In the 1980s a politician didn’t have to go out of his way to explain why he believed that marriage is an intrinsic good or that children need a mother and a father. Those beliefs were politically amenable to society. Even when this was true, the gospel of Jesus Christ was never something that brought with it political power and prestige. You could get the country club to applaud you if you talked about “reclaiming America for God,” but if you told everyone they were completely lost and without hope unless they accept the blood atonement of Jesus on their behalf, they stopped applauding. So the clarity that comes from not being a “moral majority” is a good thing.

Brandon: There have been numerous books written on Christian cultural engagement. What makes Onward a unique contribution?

Russell: We’re in a new time, a time that can be disconcerting for Christians. My hope is that this conversation spurs us to think about what it means to address a culture that doesn’t share our assumptions, or even pretend to. I hope Onward helps us gain a hopeful, forward-looking model for seeking first the kingdom of God and seeing our primary identity as not 1950’s America, but the embassy of the New Jerusalem that is the local congregation.

Russell: Fundamentally, being a Christian means being adopted by a father-king whose kingdom is already but not yet here. That’s our deepest identity, who we really are at rock bottom. That’s why in Revelation John sees an ocean of redeemed humanity of every tongue, tribe, and nation singing praise to Christ. Our civic identity is not what’s most important. But that doesn’t mean it’s unimportant. It’s a paradox: We can only value our country rightly when we first value our Kingdom rightly. We have to take Jesus seriously and seek first the Kingdom and his righteousness. And then our civic responsibilities will be rightly ordered, and we’ll be able to bring a whole gospel of full reconciliation to our neighbors. 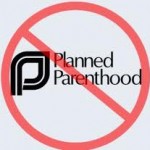 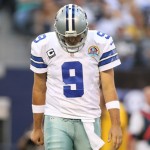 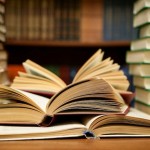 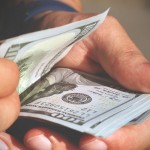