Critique Is the Sincerest Form of Flattery

After another frustrating season, I told my friends and fellow Dallas Cowboys fans that I no longer believed he could lead the team to a Super Bowl victory. Some told me I was a “hater.” Some agreed with me privately but not publicly (sports peer pressure is a real struggle, y’all). Some would never allow me to compliment Romo again, or accept the fact that I still loved him as a player and thought he was a premier NFL quarterback. I only cared because I thought he was better than that. He wasn’t just a third string QB who I expected to fail his team.

They saw critique, and they interpreted it as hate.

Although I said it in a highly emotional moment when he’d thrown yet another season-ending, division-losing, playoff-sabotaging interception, it was rooted in a genuine critique. I didn’t merely say, “Tony can’t win the big one.” I said, “Tony can’t win the big one if he keeps playing like this.” He was a gunslinger who seemingly had no ability to throw the ball out of bounds and live to play another down. My solution was simple–if he can learn to throw the ball away at times and not try to be the savior on every play, if he’d reign himself in and play with controlled chaos (because he truly is a Hall of Fame improviser) instead of unbridled chaos (which sometimes leads to disastrous improvisation), the team would be better for it.

And with the help of a stellar offensive line and running game, he did just that in 2014. He was noticeably more careful, more calculated. It seemed to finally click, and it was he and the Cowboys’ best year together. (Because Dez caught the ball and they were a genuine Super Bowl contender. But I digress.)

This is an illustration of how critique plays itself out. If misunderstood, it is seen as hateful and disrespectful. And sometimes, to be fair, people are hateful and disrespectful in critique. It’s a two-way street, and rarely do both sides (the giver and receiver) line up at the right attitudes. Sometimes the critiqued person is being overly sensitive, and sometimes the critic is being a jerk.

But I think we can do better.

As I’ve cut my teeth in church ministry, academia, and publishing, I’ve learned that critique is a good thing. It grows us and makes us better. In fact, it’s more insulting to be considered not worth critiquing than to be critiqued. Imagine writing something that no one cares to engage with, that’s forgotten as soon as it’s read. If you write to be read (or speak to be heard), you should hope that people are engaging with it–positively and negatively. You want to light a dynamite that clears out space for new thought and perspective. You want to teach, yes, but you should also want to learn. (By the way, I expect at least 100 comments on this post. You’ve been warned.)

So here is some advice for both sides of the fence, in hopes that critique can be given and received in love and respect.

Being a critic is a noble task. It is through constructive and informed feedback that others are able to look beyond their blinders. I can’t commend enough the loving mentors, friends, and editors in my life who’ve shown me where I’m being unclear, insensitive, or downright hateful. It has saved more misunderstanding, broken relationships, and hurt feelings than I can count. They loved me enough to help me think beyond my own thoughts and feelings. They gave me a telescope to see out into space, where other ideas lived and longed to be seen. And they helped me apply some of those ideas into my own thinking, ultimately making me more intelligent and compassionate–a more truthful person.

But being a critic comes with consequences. I am always annoyed at book reviews that sprinkle glitter all over the book without pointing out any sort of blemish, but it’s also understandable. There’s a reasonable fear of insulting our heroes, or making our friends or colleagues look bad when we talk about their work. This causes us to not want to hurt others’ feelings and to avoid potential conflict ourselves. We shouldn’t, however, shy away from engaging in critique.

Critiquing sermons, articles, books, theological positions, etc. is helpful, and it should be done with love seeking truth. Not “love” the way culture defines it, where everyone affirms everyone and negative words are anathema. That’s not love. Love in the world of critique is genuinely seeking to make others better, to help them be more wise and caring and accurate.

Facebook and Twitter are often terrible avenues to perform critique and where seemingly endless slap-fights happen, but they’re not hopeless medium. Conversations online are typically more honest than in person, as a matter of fact. We just need to engage others with the motivation of helping them swim, not stomping on their heads while they’re intellectually or relationally drowning.

As Christians, we are motivated in all of life by love for God and others. We critique because we want to go on a journey together toward truth and understanding, not toward division and strife. We want others (and ourselves) to take another step toward right thinking and doing, not getting tripped up by the desire to win fleeting points in a debate.

Being critiqued is painful. I, for one, often feel a pit in my stomach the first time I see someone disagree with something I’ve written or with a choice I’ve made. I get defensive or I make excuses that give me the appearance of being right, even when it’s clear I’m not. Pride? Check.

And this goes back to our fear of critiquing those we respect or care about, by the way. We’re not sure if they’ll respond well, if they’ll understand that we still love them and respect them. But we shouldn’t let that deter us from seeking truth together. We should be clear about our motives, and we should be kind in the way we express critique.

Charles Spurgeon once said, “If any man thinks ill of you, do not be angry with him, for you are worse than he thinks you to be.” As Christians, we live in a tension. On the one hand, we know that we’re imperfect. We know that Spurgeon was right and that we are prime for critique every time we open our mouths. On the other hand, we care about truth, too. And sometimes that means we care that people think the truth about us.

Critics aren’t always motivated by love, but we can still learn from them. Even the harshest words from skewed motives are still what we need to hear. But our future vindication is often ignored in the midst of momentary insecurities about our own fallenness and how others perceive it. We can’t handle critique, even well-intended pushback, because our pride gets in the way. But we must rest in our identities as children of God and utilize opportunities to grow, knowing that seeking truth and understanding is more fulfilling and eternal than self-esteem.

In other words, the critic and the critiqued should both care more about speaking truth in love beyond anything else. We should speak and write carefully, hoping to offer the most fair, reasoned, and careful opinion that we can. We should receive critique with humility and with the long view in mind. And above all, we should offer and receive critique as those who care about pursuing the truth, and who love others enough to take them with us. 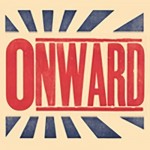 July 30, 2015
Onward: An Interview with Russell Moore
Next Post 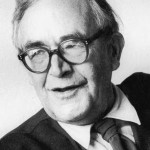 October 29, 2015 Karl Barth, Christ, and the OT
Recent Comments
0 | Leave a Comment
Browse Our Archives
get the latest from
Evangelical
Sign up for our newsletter
POPULAR AT PATHEOS Evangelical
1