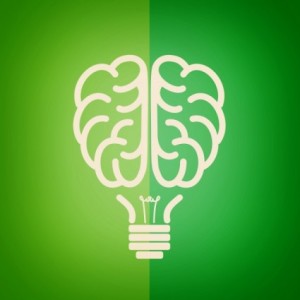 René Descartes penned this popular line in his 1637 treatise, Discourse on the Method, and it’s a good summary of the book itself. Heralding the importance of scientific discoveries and the necessity of doubting one’s own view of the world, Descartes’s work is often considered the first domino to fall in what is now called the Enlightenment. The Enlightenment, with its explosion of scientific discoveries and philosophical arguments, had one task: to replace authority and tradition with reason and self-sufficiency. (And, ironically and to clarify, Descartes was not some sort of bullheaded atheist.)

For centuries, the existence of a god or gods was largely assumed. When people talked of events in their lives such as miracles and disasters they spoke of it as the will of some divine being. They were always looking vertically for their answers to life’s most essential questions. The Enlightenment, however, proposed that we must look horizontally at what is observable around us for these answers. Many of the questions that were settled for so many years became fair game in the eyes of the “enlightened” culture.

In regards to Christianity in particular, the Enlightenment hastily rejected any talk of divine authority or supernatural events. While Christians’s faith enabled them to understand reality, Enlighteners demanded that people only believe what they could understand in a Petri dish or a mathematical equation. This seismic shift in worldview permeates our culture today, leaving Christians uneasy about the world and the world uneasy about Christians.

Authority and the Gospel

So although Enlightenment brought distrust for the authoritative claims of Christianity, Christians serve a God who has defined what is objectively true. What God says and does is true reality for all people forever, whether a person accepts it or not.

But for the modern mind, this is foolish. Truth is not objective, but subjective, they say. Truth is constantly changing as we gather more data and learn more about the universe around us. Truth is often defined as what is best for the individual. Or sometimes, if truth even exists, is not really knowable. If one man thinks it is acceptable to marry another man and you don’t, that’s your opinion. Your truth versus mine. And you can’t tell me otherwise.

Some will laugh at Christians who gladly call themselves “servants” of God. Submitting to such an overarching authority is imprisonment, isn’t it? “Poor Christians,” they think, “shackled by the very One who claims to set them free. Beyond all this, there is simply no observable, factual evidence that this God even exists. You can see their problem, right?

But being a follower of Christ is much more than adhering to a factual statement. We don’t simply say, “I’ve weighed all of the evidence and believe that the highest probability is that the Christian God exists.” That may be part of it, no doubt. But the hearts of believers experience more than a mental assent—there is an inner burning for the glory of the God who saved us. The apostle Paul tells us this in 2 Corinthians 4:3–6.

We are not simply fools chasing a unicorn through fields of four-leaf clovers. We have received “the knowledge of the glory of God.” This is why God’s authority is not an attack on our freedom. God has revealed himself to us through Jesus, and through Jesus we see that true freedom exists in submission to him. In him, not ourselves, are pleasures forevermore (Psalm 16:11).

The Enlightenment wasn’t entirely bad. In many ways, its focus on the mind should both embolden and humble us. In an age where God is not a foregone conclusion, we are driven to take Peter’s warning seriously: be ready to respectfully and gently give a defense for our hope (1 Peter 3:15). And we are reminded that we cannot simply sit on the sidelines and hope that people show up to our worship gatherings. We must humbly go, both to the ends of the earth and across the street.

The effects we feel today from past ideological shifts are neither a surprise nor a roadblock to God. He is in control. As such, the gospel frees us to abandon both fear and self-righteousness, to push aside gimmicks and coercion. No brow-beating or salesmanship required. We carry with us the message of reconciliation (2 Corinthians 5:18–19). We get to join the mission of a God “who wants everyone to be saved and to come to the knowledge of the truth” (1 Timothy 2:4 HCSB).

As the truly enlightened citizens of the Kingdom, we get to marvel as God shines his light into the darkness of lost hearts.

A version of this originally appeared at Desiring God. 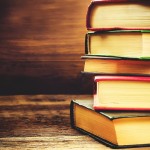 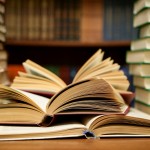 December 28, 2015 My 2016 Reading List
Recent Comments
0 | Leave a Comment
Browse Our Archives
get the latest from
Evangelical
Sign up for our newsletter
POPULAR AT PATHEOS Evangelical
1