While compiling notes for my dissertation and forthcoming book on the Book of Revelation, I came across this note on Revelation 1:16 in Craig Koester’s Revelation commentary:

The section climaxes by noting that [Jesus] holds seven stars in his right hand (Rev 1:16). This cosmic imagery conveys sovereignty. An analogy appears on a coin from Domitian’s reign that depicts the emperor’s deceased son as young Jupiter, sitting on the globe in a posture of world dominion. The coin’s inscription calls him “divine Caesar, son of the emperor Domitian,” and the imagery shows him extending his hands to seven stars in a display of divinity and power. John has already identified Jesus as the ruler of kings on earth (1:5), and the imagery of the seven stars fits the book’s larger context, which contrasts the reign of Christ with that of imperial Rome. (p. 253)

Koester is referring to the coin in the image to the right, used in Rome around AD 88-96 during the reign of the brutal Caesar Domitian. Koester’s insights here give us an interesting look at the background of John’s writing during hostile Roman persecution. It also helps us think about the later date of Revelation’s writing (the end of the first century) versus a potential earlier dating (some say it might’ve been written closer to AD 65). This is enough to chew on a little bit.

But it offers us more than that. This information helps shed light on the theology of Revelation.

First, it shows us that much of Revelation’s imagery (beasts, numbers, etc.) are direct shots at the Roman empire. Many believe (and I could be convinced) that Revelation is written during intense Roman persecution and this letter was first written to encourage the Church during that time. However, as a non-preterist, I believe portions of the letter are speaking of future events—i,e., Jesus hasn’t come back yet; the New Jerusalem isn’t here yet; etc. In any event, this note might help us better understand the anti-imperial leanings of John.

Second, it shows us how high John’s Christology was. He’s not merely putting Jesus on par with some exalted or glorified person. Rather, he’s portraying Jesus as divine—specifically pitting Jesus’s true divine sovereignty against the supposed divine sovereignty of the Roman emperorship. Roman caesars liked to pretend to be gods, but John is reminding them and us that there’s only one true God. Jupiter is seated on the world with stars hovering around him? Ha—Jesus created the world and clutches the stars in his hand.

As I argue in my thesis, John explicitly and purposely ties Jesus into the divine identity of YHWH, and this little note only adds to the case. 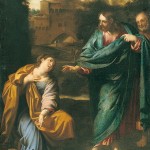 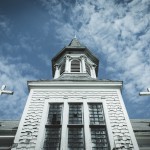 February 27, 2017 Theology, Church History, and Guarding the Good Deposit
Recent Comments
0 | Leave a Comment
"How is it possible to "disprove" a heresy? It is possible to use the term ..."
gary What We Know about Arius and ..."
"Thanks to heretic Owen Strachan, it seems Arianism is making quite the comeback after being ..."
Jack What We Know about Arius and ..."
"Angels; whatever they are ...are from heaven , not of earth ... anything or anyone ..."
Stephaine A. Carter Biblical Sci-Fi? Aliens, Angels, and the ..."
"Thanks for this insight into John’s dig at Domition and Rome’s wannabe divines. Will you ..."
jeff q When the Book of Revelation Takes ..."
Browse Our Archives
Related posts from Church Grammar