The Gospel Is Bad News for Bad News 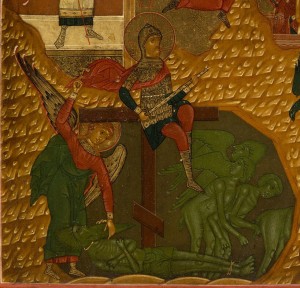 In 1987, R.E.M. released its hit song, “It’s the End of the World as We Know It (And I Feel Fine).” You’ve probably heard it once or twice. It’s a fast-paced, catchy tune that seems oddly jubilant for a song about the end of the world.

In a world where seemingly every news story is saturated with the stench of bad news, it’s easy to plug our noses, close our eyes, and beg for Jesus to come back. R.E.M. can “feel fine” all they want; in reality, it feels like the end of the world is at our doorstep and we’re scared to death to answer the door. Deep down, we all want God to pull the plug and get this over with.

To be fair, it’s understandable to long for Jesus’s return in the midst of a sinful world. We groan with creation for his return, relying on the Spirit to remind us that “all things work together for the good of those who love God” (Rom. 8:18-30). The world isn’t the way it’s supposed to be, and it’s not the way it always will be. It might be the end of the world as we know it, but we should feel fine.

And yet we don’t. We want good news in a bad news world, but it seems like bad news always wins. More pain. More war. More injustice. But the gospel is good news for us, and that’s bad news for bad news, because this eternal good news will one day be the eternal death of bad news.

On Earth as It Is in Heaven

Genesis 1-3 tells us a lot about the future. After a snapshot of God speaking all things into existence, humanity takes center stage. Adam and Eve, though created, didn’t simply exist alongside the rest of creation like roommates sharing an apartment. They were, instead, given the keys to creation. They were landlords of the whole thing, under God’s rule. They were also ordered to “be fruitful and multiply and fill the earth and subdue it” (Gen. 1:28).

The idea was not only to have children and propagate the species—they were ordered to multiply humans who could then multiply more humans, resulting in the spreading of God’s image across the whole earth. Like ancient kings who identified their kingdoms and marked their territory by placing their replica on key items (e.g., temples, coins, statues), God wanted to mark the earth with his created image-bearers.

But Adam and Eve didn’t make it very long before they were Trojan-horsed by Satan and evicted from the perfection of Eden (Gen. 3). They traded imperishable eternity with their Maker for rotting fruit. They handed over the keys to creation.

Matthew 4, in an eerily similar scene to that of Genesis 3, tells of Jesus’s encounter with Satan. Satan pulls out his top hat and begins to pull rabbits from within. “Turn these stones to bread, Son of God. Throw yourself from this temple and let God’s angels catch you, Son of God. I will give you all the kingdoms of the world, Son of God.” In response to these tactics, Jesus answers the way Eve should have. He says, more or less, “God said to trust what he says. He has given me authority over creation. I have all I need in him. Now go away.” And Satan, the serpent that he still is, slithers away. Instead of being deceived by Satan, Jesus withstood and defeated him. The God-man took the keys back.

Jesus prays in Matthew 6:9-10 for God’s will to be done “on earth as it is in heaven.” In Eden, this was a reality. God walked among his people. There was no barrier between them. Though sin broke that bond, Jesus stepped into human history to fix it. So when he prays for heaven and earth to meet, he’s not being trite—he’s proclaiming something universe-altering. He’s praying for the inauguration of Revelation 21-22, where Satan and sin have been defeated and where God’s people dwell with him again. Edenic perfection is restored, but better—the world looks like it was eventually supposed to, covered in image-bearers who bask in the rays of his glory for eternity. This is not something to fear; it’s something to rejoice in.

When Bad News Is Gone

Jesus’s prayer mentioned above, his words in the Sermon on the Mount, his Transfiguration, his call for multiplying disciples of all nations, etc. are all signposts for the new heaven and new earth. He didn’t come live a perfect life and conquer the grave so we could sit on our hands. He made us new creations here and now, to be ministers of reconciliation here and now, and to be his mouthpiece here and now (2 Cor. 5:17-21). He sends us out to mirror what the end of Revelation promises. Our lives should shout eternity to the world around us.

The disciples in Acts 2 weren’t preaching and living out merely good morals; rather, they were painting a picture with their lives that this broken world doesn’t have the final word. They were pointing to something bigger. Peter preached about God’s judgment and the disciples shared all their belongings because, in eternity, everything broken will become unbroken. There will be no more evil or selfishness or famine. People will live together in one accord under the reign of a perfect King.

This is still our call today. We are still ministers of reconciliation. God still uses his people to show the world what redemption looks like. We give because one day, no one will be in need. We tell the truth because one day, there will never be another lie. We gather together to worship God and to press one another toward him because one day, worship will be the air we breathe.

We share the good news because one day, there will be no more bad news.

A version of this post first appeared at the ERLC blog as, “Mirroring the Kingdom in Our Everyday Lives.” 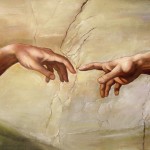 March 22, 2017
Some Unoriginal Thoughts on the Historical Adam
Next Post 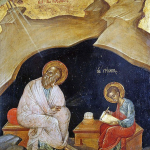 May 8, 2017 What Does the Number 666 Mean?
Recent Comments
0 | Leave a Comment
"Angels; whatever they are ...are from heaven , not of earth ... anything or anyone ..."
Stephaine A. Carter Biblical Sci-Fi? Aliens, Angels, and the ..."
"Thanks for this insight into John’s dig at Domition and Rome’s wannabe divines. Will you ..."
jeff q When the Book of Revelation Takes ..."
"Hello THeodore. Thank you for your comment. While I do not agree with all of ..."
walter lamphere What We Know about Arius and ..."
"Certainly no one here would equate obedience to the Lord Jesus Christ as "Legalism".................Right?"
WestWins The Sermon on the Mount and ..."
Browse Our Archives
get the latest from
Evangelical
Sign up for our newsletter
POPULAR AT PATHEOS Evangelical
1