What Kind of a Book Is Revelation? 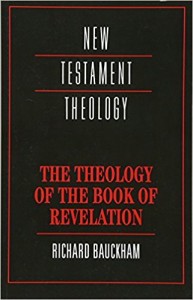 In his fantastic little theological commentary on Revelation, Richard Bauckham notes that “Misconceptions of Revelation often begin by misconceiving the kind of book it is” (1). No doubt Bauckham is right: many—perhaps most—people think Revelation is a doomsday account of the last days of our planet. Revelation’s confusing symbols, strange characters, and rash of plagues leads people to stay away from it. This is understandable.

However, we should actually read Revelation as a hopeful book—one that centers on the triune God’s redemption of all things. Revelation 21-22 are some of the most encouraging and inspiring chapters in the Bible, because they tell us that one day God will make all things new, eradicating sin and death once and for all.

Bauckham tries to help us understand that there’s much more to Revelation and its place in the Bible’s storyline, noting that it is a book that fits under multiple genres and serves multiple purposes.

1. Revelation Is a Christian Prophecy

John wrote Revelation with a clear self-indentification as a prophet in the line of other biblical prophets. Bauckham points out that John uses OT allusions and language similar to other prophets like Amos and Ezekiel. Also,

“John’s great oracle against Babylon (18:1-19:8) echoes every one of the oracles against Babylon in the Old Testament prophets, as well as the two major oracles against Tyre. It seems that John not only writes in the tradition of Old Testament prophets, but understands himself to be writing at the climax of the tradition, when all the eschatological oracles of the prophets are about to be finally fulfilled, and so he interprets and gathers them up in his own prophetic revelation.” (5)

So Revelation is not just a prophecy book about “end times,” but a book about God’s promises in the past being fulfilled in Christ now and into eternity. This is not dreadful news, but immensely good news, because we know that God has kept his promises.

2. Revelation Is an Apocalypse

When we hear the word “apocalypse,” many of us automatically think of meteors falling from the sky and entire cities being destroyed. Judgment of this sort is certainly a piece of ancient apocalyptic works, but it’s not all they represent. Quoting J.J. Collins, Bauckham says that apocalypses primarily act as disclosure of “a transcendent reality which is both temporal, insofar as it envisages eschatological salvation, and spatial, insofar as it involves another, supernatural world” (6).

In other words, apocalypses are a glimpse not simply into divine judgment, but also a look at final salvation. Yes, Revelation shows that Satan and his followers will be thrown into the “lake of fire” because of their evil. There’s no denying this aspect of the book. But it ultimately shows that good will conquer evil, and that those who follow Christ will be spared from this judgment.

Bauckham also reminds us that Revelation is slightly different than other apocalypses of its day, because it deals with the future and deals with the contemporary issues of its first audience. This makes sense, of course, given that Gods eschatological salvation and victory apply to us now, though they will be fully realized in the future at Christ’s return.

3. Revelation Is a Circular Letter

Flowing from the last point about the setting of the first audience of Revelation, Bauckham rightly says, “Many misreadings of Revelation, especially those which assume that much of the book was not addressed to its first-century readers and could only be understood by later generations, have resulted from neglecting the fact that it is a letter” (12).

When we overlook the fact that this book was written to seven churches in first-century Asia, we miss the situatedness of the letter. This is not to say that Revelation has no meaning for us today—Bauckham makes a good case that the number seven (completion) means that this letter is for all churches in Asia and in every age afterward. However, we cannot see symbols and numbers like 666, for example, and believe they’re only codes to be cracked in some future time. John even says that the original readers can understand some of these symbols in their day.

Revelation, then, isn’t a book about distant events that we can take or leave—it’s actually a book written to Christians in the first century and every other age, encouraging us to fight for right doctrine, stand firm against persecution, and look to Jesus’s victory in the midst of our daily defeats. Revelation is more than a book about divine judgment and end-times destruction—it’s a book about eternal hope in Christ. 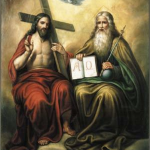 June 7, 2017
Eternal Generation and the Questions It Generates
Next Post 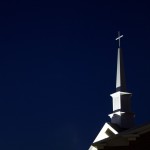 June 23, 2017 Baptists, Ecumenism, and the Future
Recent Comments
0 | Leave a Comment
"Angels; whatever they are ...are from heaven , not of earth ... anything or anyone ..."
Stephaine A. Carter Biblical Sci-Fi? Aliens, Angels, and the ..."
"Thanks for this insight into John’s dig at Domition and Rome’s wannabe divines. Will you ..."
jeff q When the Book of Revelation Takes ..."
"Hello THeodore. Thank you for your comment. While I do not agree with all of ..."
walter lamphere What We Know about Arius and ..."
"Certainly no one here would equate obedience to the Lord Jesus Christ as "Legalism".................Right?"
WestWins The Sermon on the Mount and ..."
Browse Our Archives
get the latest from
Evangelical
Sign up for our newsletter
POPULAR AT PATHEOS Evangelical
1