How to Win a Debate with a Skeptic 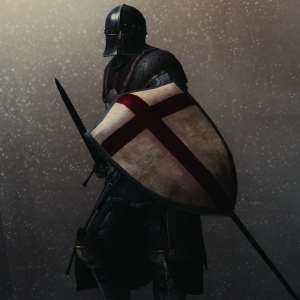 The discipline of apologetics—defending or proving the Christian faith—is a helpful tool in a world of skepticism, doubt, and flat out aggression toward Christian doctrine and practice. Men like William Lane Craig and Josh McDowell were hugely influential in my burgeoning Christian faith, and I’m thankful for their ministries and commitment to contending for Christianity in an intelligent and thoughtful way.

As someone who has benefitted from apologetics and am an outsider to the discipline itself, I want to offer a few words of encouragement to apologists—which ultimately includes all of us at some level. As I see it, if our apologetics isn’t rooted in sound theology, reliant on the Holy Spirit, and formed by Christian character, it won’t be effective.

Note: this post is not written to convince skeptics of the validity of Christian claims, nor to downplay the historical, scientific, and logical truth claims about Christianity. Rather, it is an encouragement to other Christians to remember that the Great Commission is a higher calling than the Great Debate.

1. Be rooted in sound theology.

I joke with my philosophy friends that we don’t need philosophy, we simply need our Bibles. The truth, of course, is that philosophy is a wonderful discipline that complements theology well. Theology is almost always, in some sense, philosophical.

That said, apologetics (like most disciplines, including theology) can become nothing more than a philosophical debate that stays in the clouds of mere rhetoric, but doesn’t actually arrive at truly describing who God is and how he’s knit creation together. An atheist can make philosophical and rhetorical argument in favor of Christianity—and can win debates!—but he isn’t defending or contending for the faith, he’s merely participating in a sport.

Apologists of Christianity must be explicitly Christian in their arguments. Even ideas held by non-Christians—like the fine-tuning of the universe or the law of non-contradiction—can be utilized by Christians ultimately to point to God’s glory and the gospel. Paul, for example, used non-Christian sources to contend for the truth of Christianity (Acts 17:28) and to support his larger arguments (1 Cor. 15:33; Titus 1:12). Regardless of his method or sources, Paul shows us that we can still root our debates in right theology.

1 Peter 3:15 is often used as the “life verse” for apologetics: “be ready at any time to give a defense to anyone who asks you for a reason for the hope that is in you.” This verse isn’t taken out of context. Peter is, indeed, telling his audience to be ready to explain why they can have joy in suffering and live counter to the world’s ethics.

When discussing apologetics, though, we often forget 1 Corinthians 2:13-14:

We also speak these things, not in words taught by human wisdom, but in those taught by the Spirit, explaining spiritual things to spiritual people. But the person without the Spirit does not receive what comes from God’s Spirit, because it is foolishness to him; he is not able to understand it since it is evaluated spiritually.

Paul reminds us here that people without the Spirit can’t understand (S)piritual things. So if we’re resting on logic, rationality, and rhetoric to try and convince someone, we’re short-circuiting God’s ultimate apologetic—his power to transform hearts. These two passages are not conflicting or contradictory. We should have a defense for our faith (which can be as simple as our testimony to God’s goodness in our lives), while also remembering that only God can win the eternal debate in their hearts.

3. Remember the character of Christ.

Immediately after Peter’s charge to defend the faith, he says this:

Yet do this with gentleness and respect, keeping a clear conscience, so that when you are accused, those who disparage your good conduct in Christ will be put to shame. For it is better to suffer for doing good, if that should be God’s will, than for doing evil. (1 Pet. 3:16-17, CSB)

Again, Peter is particularly talking about being gentle and respectful in the face of persecution and mocking. In many conversations and debates on religion, the tone is more argumentative than persuasive. Peter says here that persuasion is not so much about winning the tit-for-tat banter, but about shaming their aggression with humility.

The way to win these debates is not with sheer intellect, but with God’s Spirit and Christ’s character. 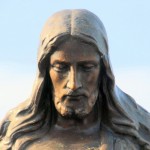 July 10, 2017 Keys to Understanding Jesus's Life and Ministry
Recent Comments
0 | Leave a Comment
Browse Our Archives
get the latest from
Evangelical
Sign up for our newsletter
POPULAR AT PATHEOS Evangelical
1

The Law of Date Night
Preventing Grace
Books by This Author Books by Brandon D. Smith