WALSH: If You Want to Prove You Don’t Hate Gays, All You Have to Do is Worship at Their Feet

WALSH: If You Want to Prove You Don’t Hate Gays, All You Have to Do is Worship at Their Feet July 23, 2014 Bristol Palin 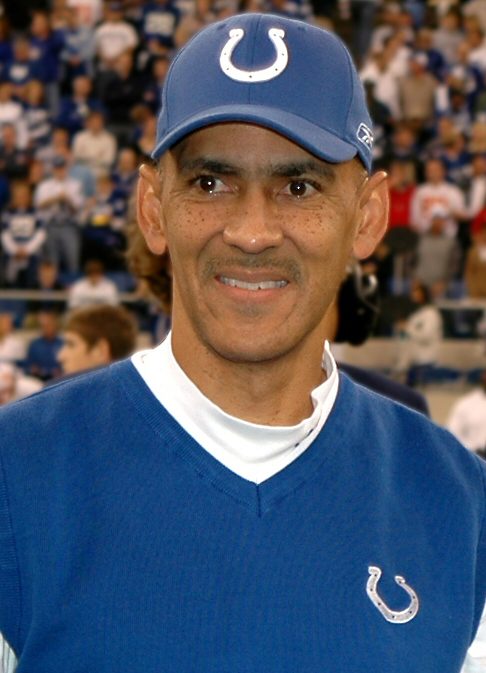 Have you heard what’s been going on with Coach Tony Dungy?   A reporter asked him about Michael Sam, who is the first openly gay player drafted into the NFL. Coach Dungy by saying:

“I wouldn’t have [drafted] him. Not because I don’t believe Michael Sam should have a chance to play, but I wouldn’t want to deal with all of it.  It’s not going to be totally smooth … things will happen.”

But the reaction to this statement was swift and condemning.  Blogger Matt Walsh wrote about it in a piece called “If You Want to Prove You Don’t Hate Gays, All You Have to Do is Worship at Their Feet.”  He says he believes Dungy’s response was perfectly reasonable and widely held.  (Of course, there’s this.  Sam wasn’t taken until the 7th round.)  Walsh writes:

Notice, Dungy never said that he hates Sam because of his sexuality, nor did he say that Sam shouldn’t be in the NFL. In fact, he said the opposite. Dungy’s position is very clear. Sam is a mediocre talent and a marginal prospect. He’s too slow to be a linebacker and too small to be a defensive end. He doesn’t have the athleticism to be a starter, and he may very well lack the talent to make the squad. At best, Michael Sam will see the field for kickoffs and punts, and that will be it.

Is an unspectacular player worth the media circus that will follow? Would any coach in their right mind relish the thought of being accused of bigotry if Sam has to be cut to make room for better players? Does any football organization want to be tossed into the middle of a ‘gay rights’ fight when their only concern is winning football games? One poor team answered ‘yes’ to these questions, but 31 did not. Tony Dungy echoed the sentiments of the 31 teams — the sane ones.

Michael Sam isn’t very good but he is a self-congratulatory pseudo-’equal rights’ champion who loves the attention and does not hesitate to throw homophobia accusations around.  This is the guy who was fortunate to be picked at all, but instead of showing gratitude, he immediately complained that he wasn’t drafted high enough, in an obvious attempt to insinuate that he’s the victim of unfair bias. This is the guy who cut a deal to star in a documentary during training camp, and hid the agreement from the NFL until after the draft. This is the man who went out of his way to announce his sexual proclivities to the world, and then starred in a commercial where he claimed that he only wants to be judged for what he does on the field.

This dude is on a crusade, and it’s got nothing to do with making the playoffs and bringing home the Lombardi Trophy. He’s not worth the trouble, not by a longshot. Any rational person can see that, and Tony Dungy is a rational person.

Progressives, however, are not. That’s why Dungy’s remarks have been met with a furor as repulsive as it is predictable. Tony Dungy never criticized Sam’s sexual preference, but he did take a position that diverges from the liberal narrative, and now he is being punished severely for it.

How you ask?  Well, leftists began criticizing him… BY MAKING FUN OF HIS SON’S SUICIDE.  I won’t repeat those tweets here.  But Walsh goes on to say that leftists began to lecture Coach Dungy about…  wait for it… civil rights.  Matt helpfully points out that Coach Dungy is black, while his would-be sermonizers are white guys.  He writes that the comparison is not fair, no matter what color you are:

Now, if I wanted to explain why you can’t compare pre-civil rights blacks to modern gays, I might point out the dramatic disparity in how the two groups were treated. I might say that black people went from being used like farm animals to being ‘freed’ but still deprived of their most essential human rights and most basic protections under the law.  I might point out that gays are not subject to that kind of oppression, and to insist otherwise is to demonstrate a complete lack of integrity or sanity. I might tell you that a black man could be hung from a tree without legal repercussion, whereas a gay man in modern times can’t even be refused a wedding cake without the full weight of the justice system coming down upon the offending baker.

I might go a step further and explain that blacks are a people. A culture. A race. A heritage. Black is part of their identity, by any measure. Physically, genetically, socially, culturally. Homosexuals, on the other hand, are not a race. They are not a people. They are people, individually, but they are not an actual community as a whole. There is no ‘gay heritage.’ They are not any different physically or genetically. You are gay because of your sexual activities, whereas you are black because that’s who you are. The two are not analogous, they are not similar, they are not in the same vein, they are not comparable. They are two completely different things. Just as I am not in a ‘straight community’ or part of a ‘straight culture’ or a member of a ‘straight lineage,’ neither are gays. My people are not heterosexuals. I do not have a shared ancestry with straights, nor does our straightness align us in any deep or meaningful way. Your sexual proclivity is different from your ethnicity, just as it is different from your religion or your gender.

What do you guys think about this controversy?  Walsh goes on to explain that Coach Dungy was right — in fact, even his very limited comment about the player caused a media frenzy.  This is how Walsh concludes his very interesting piece, by saying that there is a cultural divide that no one can escape:

So Dungy was right, which is why he’s now hated.

This is how the game will be played.

Get ready for it.

You’re either with them or against them.

Would love to hear your thoughts.  Read all of Matt Walsh’s blog here (which includes a lot of difference takes on the issue) then let me know what you think by commenting on my Facebook page.

What can we learn from this controversy?

July 23, 2014 Giver-ize Yourself
Recent Comments
211 Comments | Leave a Comment
Browse Our Archives
get the latest from
Politics Red
Sign up for our newsletter
POPULAR AT PATHEOS Politics Red
1