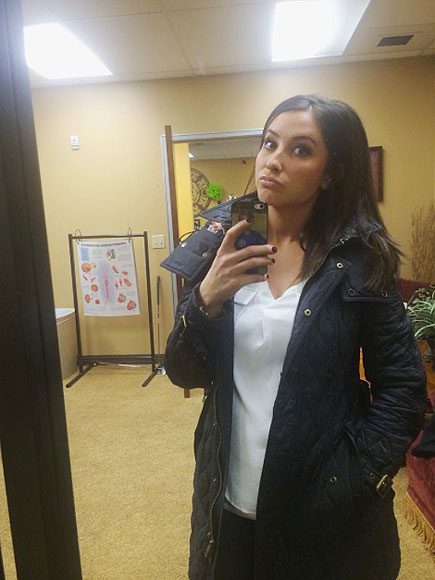 This morning I was my reading daily “encouraging word” from K-Love and it really hit home to me.. 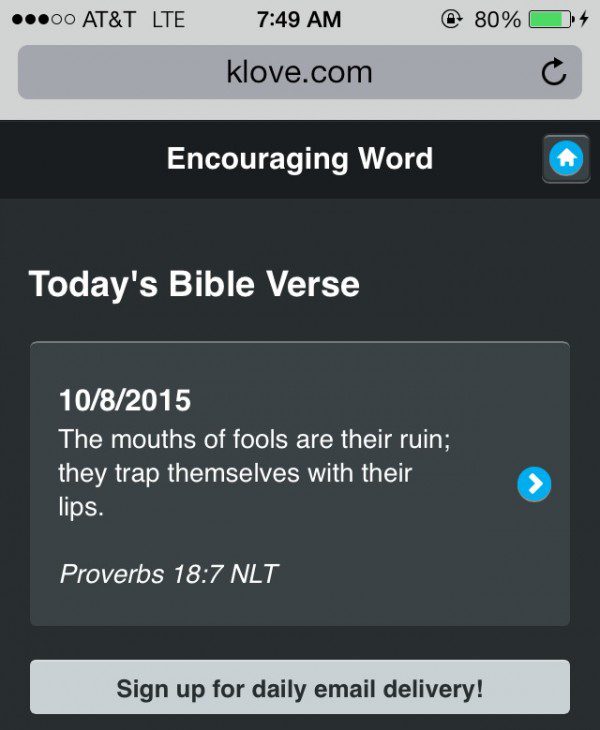 Yesterday was a normal day at work, overall I LOVE my job, I had just gotten back from a family vacation – I’m seven months pregnant – I cannot wait for my baby girl – Tripp has been such an angel lately and at such an enjoyable stage – my life is really falling into it’s own right now – and I really am happy – of course I had a smile on my face and an extra “pep to my step” .. I try to be as overly friendly as I can be at work, you never know what you’re going to run into during the day..

I took a patient back to an exam room, and set up for for a procedure the dr was about to do. (I promise I really do work a normal job, and have for a while.) I was making small talk with the patient while filing out notes… She asked how long I had been there. I told her around 6.5 years, but I had left for school, and done other short term “things” but always came back… She said she had never seen me there before. She goes on to say that she had heard “Bristol Palin had worked there,” and I just kind of laughed.  I didn’t say a word.  (I never do! DWTS/reality shows – that kind of stuff is so embarrassing for me!!!) Anyways, what was strange about this incident was that the patient continued. She then told me that, “it was a long time ago, when her mom was running. She didn’t work here long.” I still didn’t say a word.

She then tells me, “but Bristol Palin is such an idiot!”

I should’ve asked why she said that.

I’m sure she would’ve said something like, “well she’s such a whore” .. That’s all people can revert back to, you know?

All I said back was, “Well actually, I am Bristol Palin and I have worked here, and I think that’s pretty rude you would say something like that.”

Like I’m sure the biggest foot you could’ve ever put in your mouth just happened!!

I told her the dr. would be right in and closed the door.

The patient ended up apologizing – and even sent flowers that same day! I know she felt terrible, and I know she had no reason to call me an idiot.

I couldn’t believe it after it had all happened.. But the last day I’ve been sitting back and thinking about how screwed up our world can be.

We have so many opinions of people we don’t even know.. We have so much hate coming from what we’ve heard or seen online. It’s unbelievable. This verse from today just so hit home to what had happened yesterday.

God is the only one who can judge us.. And I know that sounds so cheesey, but I am serious.

He’s the only one.

Life is too short to be so damn judgmental.

It’s not fun to hear about yourself, or feel like you have to superficially impress the people who are around you.

This verse in the book of Proverbs is right!

Read the rest of the devotion here ..

1Unfriendly people care only about themselves;

they lash out at common sense.

2Fools have no interest in understanding;

they only want to air their own opinions.

wisdom flows from the wise like a bubbling brook.

5It is not right to acquit the guilty

or deny justice to the innocent.

6Fools’ words get them into constant quarrels;

they are asking for a beating.

7The mouths of fools are their ruin;

they trap themselves with their lips.

that sink deep into one’s heart.

9A lazy person is as bad as

someone who destroys things.

10The name of the LORD is a strong fortress;

the godly run to him and are safe.

11The rich think of their wealth as a strong defense;

they imagine it to be a high wall of safety.

13Spouting off before listening to the facts

is both shameful and foolish.

14The human spirit can endure a sick body,

but who can bear a crushed spirit?

Their ears are open for knowledge.

16Giving a gift can open doors;

17The first to speak in court sounds right—

until the cross-examination begins.

18Flipping a coin*  can end arguments;

it settles disputes between powerful opponents.

19An offended friend is harder to win back than a fortified city.

Arguments separate friends like a gate locked with bars.

21The tongue can bring death or life;

those who love to talk will reap the consequences.

22The man who finds a wife finds a treasure,

and he receives favor from theLORD.

23The poor plead for mercy;

the rich answer with insults.

24There are “friends” who destroy each other,

but a real friend sticks closer than a brother.

Isn’t this so true? I need to read this same devotion everyday so I can be more like this.

God is so good, and we all need to be reminded everyday that we are no better than one another.. “Humility proceeds honor” just like the verse says.

I’ll be the first to say I have messed up in my life more than most 24 year olds – I have been completely humbled the last few months to say the least. But I am so thankful for God – and His doings, and the full circle he has brought me in during any sort of “struggle” I’ve faced.

We are all sinners, and all have faults, but God still sees the good in us, and He still loves us.

I know that’s reassuring to me, and I am thankful for his mercy towards us and a word to try and live by each day.

P.S.  I do forgive that lady from work, I hope she does feel peace within, and I hope she feels a little bit different about judging next time 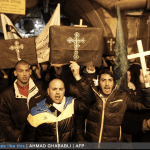 October 9, 2015
12 Christians Crucified by ISIS, Including 12-Year-Old Boy
Next Post

October 10, 2015 I Won't Shut Up - I'm a Parent and a Big Sister: I Can Talk about IUDs if I Want to!
Browse Our Archives
get the latest from
Politics Red
Sign up for our newsletter
POPULAR AT PATHEOS Politics Red
1