Religious Liberty Victory in Case of Atlanta Fire Chief Who Was Fired for His Faith December 22, 2015 Bristol Palin

Do you remember the case of the Atlanta Fire Chief who was fired because he wrote a Christian devotional that included his views on Biblical living, which included issues of sexuality?  When the militant Left got ahold of the story Chief Cochran was quickly fired and the mayor of Atlanta even released a statement saying Cochran’s views were “inconsistent with the administration’s work.”

It is still insane to me that in a country that is supposed to be a beacon of freedom for the world, liberals have gone so far as to crusade against noble public servants who dare to express their religious beliefs.

The city summarily terminated Cochran after he wrote a book that articulated his orthodox Christian views on a number of topics, including sex and marriage. According to Cochran, he received verbal consent from the city ethics officer to publish the book and to identify himself as Atlanta’s fire chief in the “About the Author” section. Shortly after publication, he gave copies to a select few employees who had either asked for the book or had previously shared their Christian faith with him. One of the recipients apparently disagreed with Cochran’s views on sexual morality and showed the offending passages to a member of the city council. Hysterics ensued. Within days, the city suspended Cochran without pay — even though he’d never been accused of sexual orientation discrimination – and then fired him at the end of his suspension period.

Well, some amazing lawyers at the Alliance Defending Freedom have taken up Chief Cochran’s case and this week they had a victory in court!

Not all the religious liberty news is bad. My good friends (and former colleagues) at the Alliance Defending Freedom have cleared a key hurdle in their lawsuit on behalf of former Atlanta fire chief Kelvin Cochran. Cochran claims he was fired because of his religious beliefs, and Atlanta responded with a motion to dismiss – seeking to toss his case out of court. On Wednesday, the court rejected Atlanta’s motion, allowing his case to go forward on claims of retaliation, viewpoint discrimination, and violations of his rights to expressive association, free exercise of religion, and procedural due process.

We cannot forget about cases like Chief Cochran’s as they wind their way through the court system.  A victory for Chief Cochran ultimately means more freedom for all Americans of every faith.  We must fight back against those people who, in the name of tolerance and secularism, want to strip our Constitution of all the protections and freedoms our Founding Fathers gave their lives fighting for.

You can read more of David’s legal analysis of the case in his column at National Review. 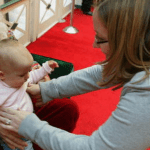 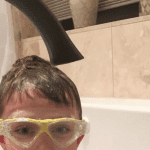 December 22, 2015 PHOTO: My Little Nerd
Browse Our Archives
get the latest from
Politics Red
Sign up for our newsletter
POPULAR AT PATHEOS Politics Red
1