The UK is promoting a new form of screening that may bring even more abortions to babies with Down Syndrome. Pro-life groups across the country have voiced concern about the new process.

Life News explains the deep worry behind this new testing:

British pro-life group LIFE warns that the test may not be safe for the unborn babies who test positive for a genetic disorder such as Down syndrome.

“We must remember that when we say screening, we are screening for something: abnormality, disability and imperfection,” LIFE’s Director of Education Anne Scanlan said. “Whilst this may prepare some couples for the prospect of raising a child with a disability, we currently live in a society which aborts 90% of children with Down’s Syndrome in the womb.”

The UK National Screening Committee recently began promoting the new non-invasive prenatal blood test (NIPT) as a safer alternative to invasive screening procedures such as amniocentesis, which invade the womb and can threaten the unborn child’s life. Doctors say the NIPT also is cheaper than amniocentesis.

A horrible consequence of this screening….

“The message being sent by the NSC is that the lives of 25 ‘healthy’ babies are worth more than the lives of 92 babies with Down’s Syndrome,” Scanlan added…

Scanlan’s pro-life group is calling on the government to halt the introduction of the test, saying it will make the eugenic targeting of unborn babies with Down syndrome even worse. “Children with and without disabilities have equal inherent dignity, worth and value, and we therefore fully support the ‘Don’t Screen Us Out’ campaign run by a coalition of Down’s Syndrome advocacy groups,” Scanlan said.

“The campaign is calling on Health Secretary Jeremy Hunt to halt the implementation of cfDNA screening and to introduce much needed support to parents and families expecting a child with a foetal abnormality in order for the UK to fulfill its obligations to the UN Convention on the rights of Persons with Disabilities.”

I can’t imagine my life without the blessing of my little brother Trig. But the abortion statistics for babies with Down Syndrome is heartbreaking .

Researchers estimate that 92 percent of unborn babies who test positive for Down syndrome are aborted in the UK.

All children are perfect — blessings from God. And every one of these blessings deserves the right to life. Unfortunately, there are still so many stigmas surrounding children with Down Syndrome. Myths run rampant — adding to the fear parents deal with when faced with the results of this new blood test. Writing for the Telegraph on this issue, Tim Stanley deeply touched my heart with his words:

The true moral test of a society is not how pretty, sober or well organised it is – but how it treats its most vulnerable, even its most difficult, citizens. And the true sign of grace in a man is his ability to look at something that is supposedly ugly, or just different from himself, and see beauty.

I pray God fills these new parents hearts with grace and an eye for beauty. Trig is a beautiful testament to the joy brought by any child — his laugh, the way he loves, plays, cares, cuddles — he is nothing less than a perfect blessing. 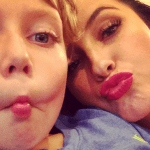 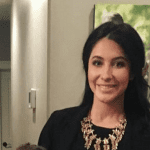 January 25, 2016 Back to Real Life Today
Browse Our Archives
get the latest from
Politics Red
Sign up for our newsletter
POPULAR AT PATHEOS Politics Red
1 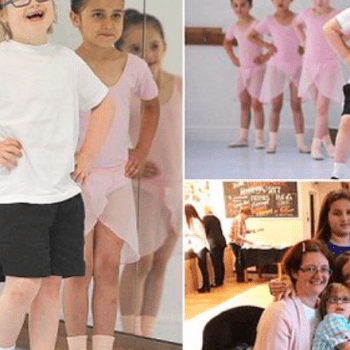